I would like to address some of the concerns that have been raised regarding the current state of affairs in my country. I believe that these concerns have been partly shaped by misinformation that distorts the understanding of the events unfolding in Kazakhstan. I am therefore calling to wait for the results of the official investigation currently underway before drawing conclusions and making affirmative statements. 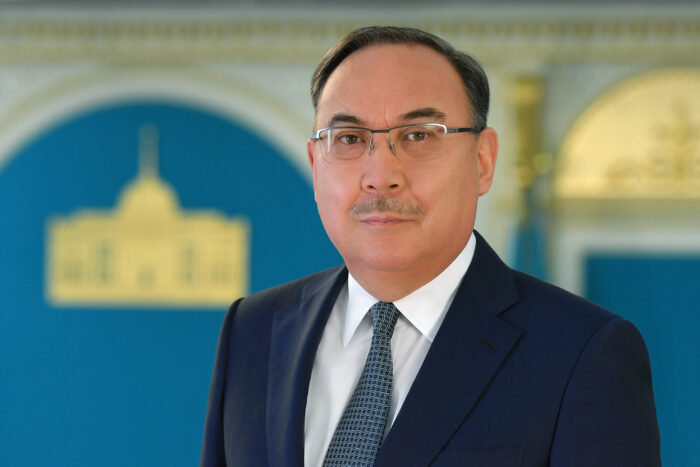 Special Representative of the President for International Cooperation Erzhan Kazykhan

As I reported before, Kazakhstan has experienced unprecedented violence across the country. As the investigation unfolds, it appears that this may have even been an orchestrated act of aggression, a direct assault on our statehood, an attempt to undermine the peaceful constitutional order – the mainstay of our Country for over 30 years.

Our biggest city – Almaty, which is the financial and cultural center of the country, suffered the most. Sixteen law-enforcement personnel have been killed by these extremists, and more than 1,300 have been injured. There have also been casualties among civilians.

A total of 1,300 businesses have been destroyed, and more than 100 trade centers and banks have been looted. More than 500 police vehicles have been burned, and 5,000 have been apprehended. The economic damage amounts to an estimated $2.5 – 3 billion dollars.

Protesters in a democratic society do not engage in this level of violence, with this level of massive destruction and killings of law enforcement. The high volume of targeted destruction demonstrates the sophisticated level of coordination and long-term preparedness with the goal to create a zone of controlled chaos and, ultimately, we believe, forcefully seize power.

Kazakhstan has not, did not and will not use armed force against peaceful protestors. Police and National Guard were protecting civilians and restoring the order confronting armed criminals and terrorists.

Following the right to self-defense under Article 51 of the UN Charter, the President approached the Collective Security Treaty Organization. A small peacekeeping contingent with participation of all CSTO member-states has deployed. It provides protection at strategic sites, including in Almaty and its vicinity. As the President stated today, in two days the peacekeeping contingent will begin its withdrawal from Kazakhstan.

The President’s will to continue democratic reform remains unchanged. He reconfirmed it today, addressing the Parliament.

Kazakhstan remains committed to the protection of fundamental human rights and freedoms. The democratization process in Kazakhstan is genuine and irreversible. We have come a long way over the last thirty years to build our state from scratch. And we will do everything it takes to protect our democracy and our people from any unlawful interference both at home and abroad.