By Staff Report in International on 21 January 2022 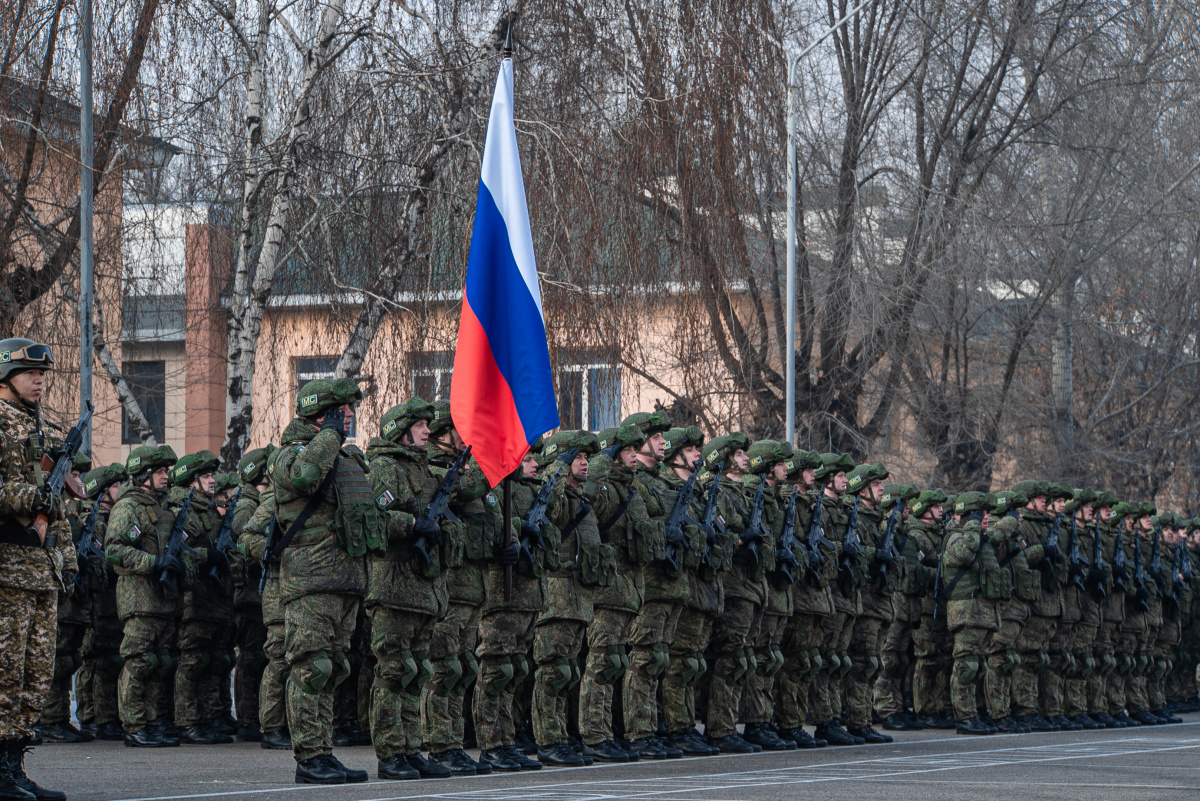 The CSTO United Staff is a permanent working body of the organization responsible for preparing proposals on the military component, organizing and coordinating the practical implementation of decisions of the CSTO bodies on military cooperation.

“At the moment we are analyzing the events that have occurred and outlining ways to improve CSTO crisis response mechanisms, the Crisis Response Center, the system of logistical and medical support of the CSTO troops (collective forces), as well as information support for the organization’s activities. Conclusions and recommendations are formulated for our joint activities with the defense departments of CSTO member states in the future,” said Koyshikulov.

According to him, the Joint Staff officers were in charge of preparing drafts of necessary decisions of the Collective Security Council and the Defense Ministerial Council and coordinating them with the heads of defense agencies as well as monitoring the preparation of peacekeepers’ flights.

“On a continuous basis, we conducted monitoring, analysis, and forecasting of the situation in Kazakhstan, maintaining communication between the Crisis Response Center and central command posts of the defense agencies,” he said.

Speaking about the timeline of the event, Olzhas Khusainov, colonel and the head of the international cooperation department at the Kazakh Defense Ministry, said that the troops were deployed from Jan. 6.

“More than 2,000 people and 250 units of equipment were transported in the shortest possible time using Russian military transport aircraft. In this regard, the Kazakh armed forces ensured the safe arrival of the peacekeeping contingent. The air defense forces ensured the safe overflight of the military transport aircraft over Kazakh territory. Airborne assault troops guarded and defended the airport in Almaty, where the main divisions of the collective peacekeeping forces were arriving,” said Khusainov. He described the deployment of troops as “timely and effective.”

“These measures freed up a significant portion of resources for the direct conduct of the counter-terrorist operation and generally helped to reduce terrorist activity,” he added.

While the state of emergency ended on Jan. 19 in Kazakhstan, counter-terrorist operations continue in several regions until the situation is fully stabilized.