Citizens Band Together to Support Community During January Unrest in Kazakhstan

NUR-SULTAN – The events of “Tragic January” have mobilized thousands of civilians across Kazakhstan to take action. From volunteering to sharing food, blood donations, and cleaning up the aftermath of the damage from the brutal terrorist attacks. 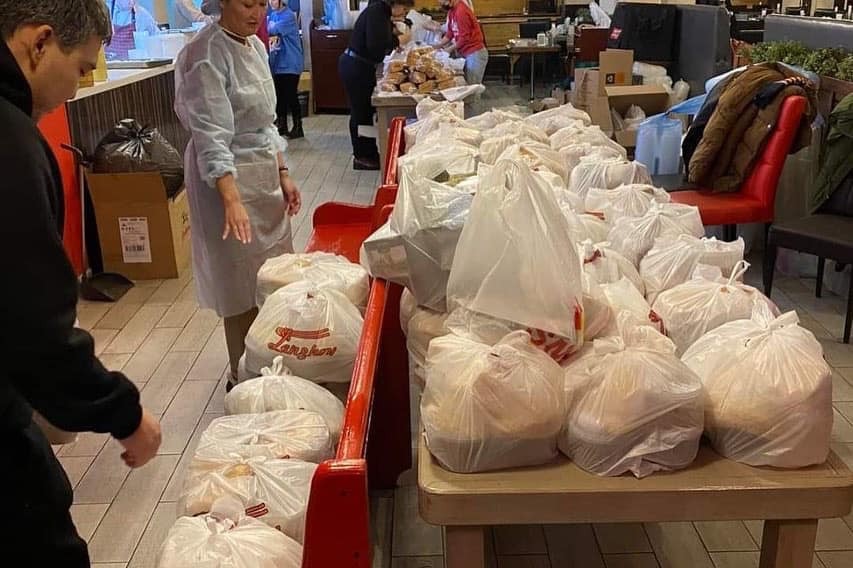 As riots started to unfold in Almaty most supermarkets closed, while products in smaller shops were swept off the shelves in minutes. As a result, long lines formed for basic products.

As a response to the situation, “extraordinary people,”, as Anatoliy Ivanov-Weisskopf, correspondent at Deutsche Welle in Kazakhstan, calls them, took action to prepare food for those who needed it.

“Yesterday they got up early in the morning to start baking flatbreads and shelpeks (national flatbread). Not for themselves, but for the ordinary people of Almaty, who were left without bread. All these flatbreads they handed out to people for free,” Ivanov-Weisskopf wrote in his Facebook post.

Meanwhile, in Nur-Sultan, people were making their own contribution by donating blood.

Maksim Spotkai, a resident of Nur-Sultan, is one of the many citizens who donated blood. He shared his experience on his Facebook page saying that “from the very early morning there are queues at the Blood Center in Nur-Sultan.” “People come here to give blood for the victims of the terrorist attacks,” said Spotkai, showing how he donated blood himself. 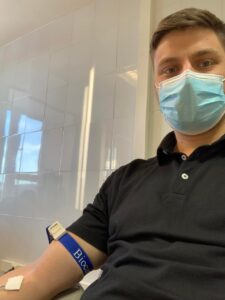 Later the center said on their Instagram page that over the past few days, the center has been visited by nearly 700 people, who wished to provide assistance and donate blood.

“At present, the blood bank stocks have been replenished and there is no shortage of donor blood, including in Almaty,” it said.

An act of individual heroism was demonstrated at the Central State Museum in Almaty as Bibigul Dandygarayeva, deputy director of the museum, saved the national treasures from the invasion of terrorists who tried to steal swords and spears of the Hun and Saka warriors, according to Khabar 24.

Dandygaraeva shared the experience she had that night.

“We closed all the doors and watched the security cameras. At around 4 a.m. a crowd came up to the museum…they broke down the door. Six or seven of them went in first, and there was a crowd of 200 people in the back. I don’t remember exactly what I told them, but I tried to persuade them not to touch anything because this is our common heritage, which cannot be lost,” she told Khabar 24.

The attackers were armed with knives, but Dandygaraeva said that she did not regret her action. According to her, historical valuables, unlike material ones, cannot be returned, so her main purpose was to preserve the heritage for future generations.

The aftermath of the violent attacks against the government left massive destruction and disorder in its wake. People with rubbish bags in hand headed towards the streets of Almaty, where protests raged the night before, reports Express K. One of them was Nurbibi Nurkadilova, who shared the citizens’ clean-up efforts on her social media.

“Wonderful people are cleaning up all the mess themselves. It’s our people, it’s citizens of our Almaty. There are many people who also stop and ask for bags,” said Nurkadilova.

Seeing how Almaty residents were collecting garbage on the main street, she also joined them.

“It’s impossible to pass by such a thing, you need to make your own contribution to clean up the city,” she added.

Citizens are not the only ones providing assistance amid the unrest. Dozens of businesses organized lunches for employees of social institutions, the military, and the police.

“In this difficult period for our homeland, all the business community of the city united from the first days of the tragedy to help and support those in need,” said Saben Tynyshkali, Director of the Bostandyk district branch of the Atameken National Chamber of Entrepreneurs in Almaty, on his Facebook post.

“In just three days, 5,900 meals were delivered to city and module hospitals, ambulance stations, a maternity hospital, a fire department, children’s homes, hospitals of the Ministry of Internal Affairs and the National Security Committee, and district police stations in Almaty,” said Tynyshkali.

Volunteering organizations also gathered to serve food to hundreds of police workers and assist them in patrolling.

Many more stories were shared on social media using hashtags #силавединстве and #күшімізбірлікте (strength in unity) of people and businesses supporting each other in the aftermath of the brutal attacks.