NUR-SULTAN – The situation has stabilized in Almaty, reported Head of the Almaty Police Department Kanat Taimerdenov at the Jan. 16 Central Communications Center briefing. 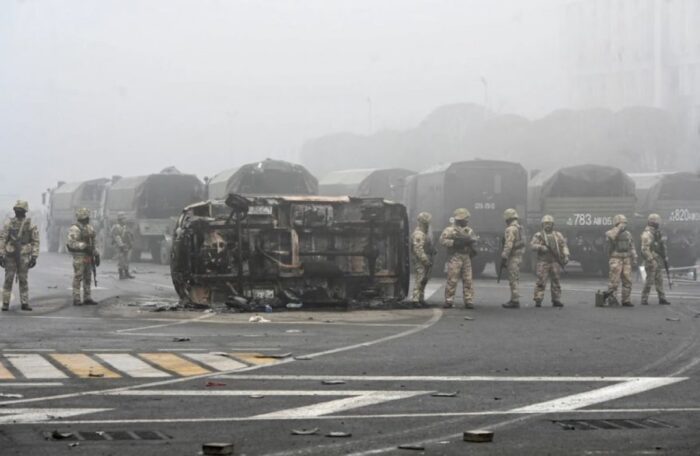 As a result of the clashes,149 civilians and 11 officers were killed.

“The operations of communal facilities and infrastructure systems have been resumed. We urge people to follow restriction measures, remain calm and observe precautions, especially in areas where anti-terrorist operations are in place. Do not succumb to provocations and report all suspicious facts and persons to the police,” said Taimerdenov.

It is reported that the illegal protests in support of fuel protests in the West Kazakhstan region were held in Almaty on Jan. 3. Presumably, from 200 to 2,000 people joined the mass gatherings. No violations were recorded that day. Local executive bodies and officials carried out investigative work. 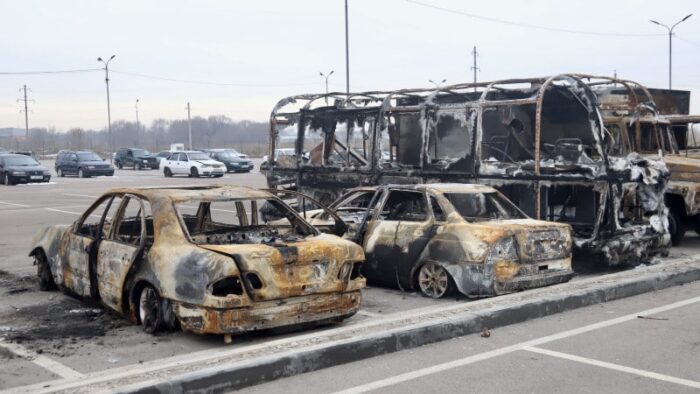 On Jan. 4, approximately 2,000 protesters gathered near the Almaty Arena ice palace. Protesters also blocked the Eastern bypass road. At the same time, up to 5,000 people gathered in other parts of the city. The police also investigated these gatherings.

Taimerdenov said that the police officers worked according to a previously developed algorithm to ensure public order during protests. Some groups tried to block road traffic along the Ryskulov, Saina, the Eastern bypass road and Tole bi streets.

Then, terrorists, radical extremists and criminals joined the protests. They called on people to use aggressive violent actions against the government and the police and to seize the building of the city administration. All their actions were simple and coordinated. They used sticks, stones, bottled gasoline and alcohol.

“We took a special operational plan to ensure public safety and protect people. The personnel of the garrison were called. The streets, parks and squares were under control of police and military personnel of the National Guard,” Taimerdenov said.

The criminals attacked police cars around the city. Some groups seized weapons stores. Overall, 1,347 firearms were stolen, including 501 rifles, 807 smooth-bore and 39 gas-traumatic weapons.

At least 10,000 attackers broke through the police cordon and attempted to seize the building of the city administration. Non-lethal weapons including water guns, light-noise grenades and tear gas were used against them.

After two unsuccessful attempts to capture the building, the protesters left the square. They set fire to 32 cars and 5 fire engines. They also damaged more than 30 ambulances.

The police and the National Guard dismantled all the barricades and took the vehicles that blocked the roads in the morning.

On Jan. 5, a group of 20,000 people from different districts headed to the city center and again attempted to seize the building. They managed to break through several lines of defense.

The police did not use weapons as this could lead to mass casualties due to the limited space and density of people in the building. The police were forced to retreat without using weapons. The attackers looted the city hall and destroyed public property.

The militants attempted to seize the police departments in other districts.

Taimerdenov noted that criminals started firing indiscriminately into the crowd and killed people and drivers who refused to give up their cars. The criminals were dressed in the uniform of policemen and military personnel. Some 493 surveillance cameras on the central streets were put out of action. Roadways were barricaded. The terrorists fired at police squads and checkpoints.

On Jan. 5, when the President declared a state of emergency in Almaty, the units and subdivisions of the Ministry of Defense arrived in the city. They redeployed police forces involved in the defense of buildings and strategic facilities and helped restore public safety and law.

The anti-terrorist operation has been in process since Jan. 6. Some 405 criminal cases are being investigated and 249 people have been detained by the police.

The Prosecutor General’s Office reported that 4,500 were injured during the clashes in the country and 225 people including the militants themselves died. Nineteen law enforcement officers were killed.

As of Jan. 14, a critical (red) level terrorism threat remains in place in Almaty, and the Almaty and Zhambyl regions. The anti-terrorist operation continues in these areas.

The high (orange) level of terrorism threat has been in place from Jan. 13 in the Kazakh capital and from Jan. 14 in Shymkent for a period of two weeks.