By Saniya Bulatkulova in Sports on 14 December 2021 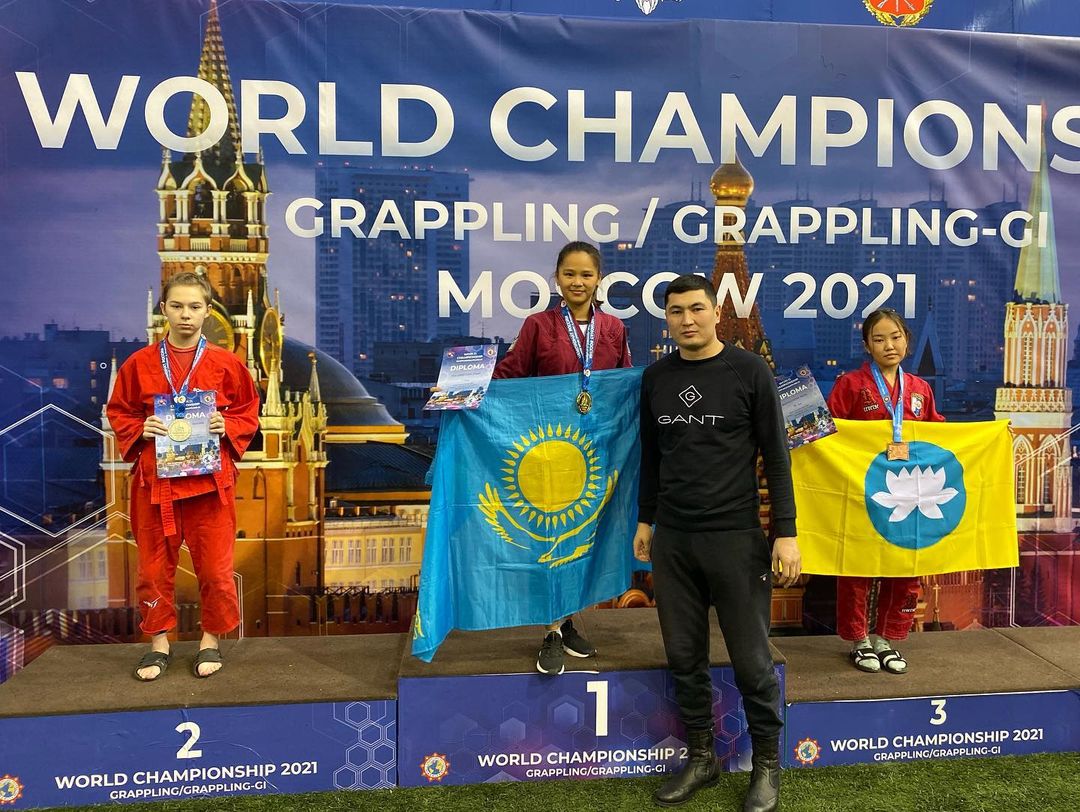 Grappling is a hand-to-hand sport that includes gripping or seizing the opponent and wrestling.

The tournament is held among championship veterans, novices, schoolboys and schoolgirls from nine countries globally. Before, only adults and young people could compete for the title of champion.

Kulymbetova fought with the Russian girl in the “up to 44 kilograms” section in the final. She won in a tense fight with a score of 8:4.

“All rivals were very strong and the final fight was particularly hard. For a moment, I almost strangled my rival, but she managed to escape from a stifling technique. I fought to the last, and managed to win, so I am very happy. I want to point out that I was carefully preparing for the tournament. Now I have to recover and keep training,” said the girl in her interview to inform.kz.

Kulymbetova is currently training at the Sagadat batyr– QTT sport club named after Sagadat Nurmagambetov, prominent Kazakh commander and First Kazakh Minister of Defense. She also performs on behalf of children and youth’s sports schools in the Ile district of the Almaty region.