By Saniya Bulatkulova in Kazakhstan’s Independence: 30 Years, Society on 1 December 2021

NUR-SULTAN – The Sonar-2021 national sports tournament hosted over 80 eagle hunters from 11 teams from all across the country on Nov. 25-28 in the Yeskeldi district of the Almaty region, reports zakon.kz. This year, the competition was dedicated to the 30th anniversary of Kazakhstan’s independence and First President’s Day. 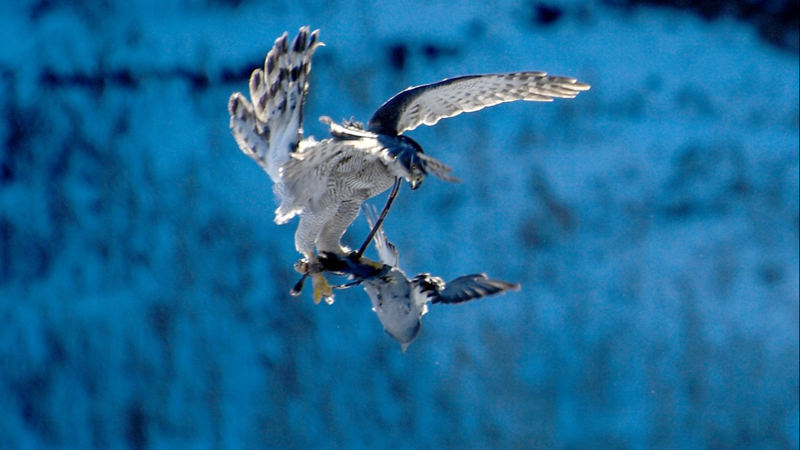 Juries chose five winners in the hunting with berkut category and three winners in hunting with hawk, sparrowhawk and tazy in each category. The total cash prize of the tournament was 4 million tenge.

Hunting with birds is an ancient tradition, dating back to the so-called Andronov’s period in the Bronze Age of the 16-14th centuries BC, but it is still popular among Kazakh people. Berkutchi or kuzbegi (hereditary eagle hunters) learn the skill of training the defiant eagles from childhood and have been passing the tradition down over generations.

According to Kazakh archaeologist and scientist Karl Bailapov, 25 mounds found in Kazakhstan serve as graves of the Saka kings who were buried together with their birds of prey. The symbiosis of a feathered predator and a hunter, a battle between nature and man – it’s not just a catching of prey – it’s a spectacular action, a magical ritual, and part of a modern nomad’s life.

The qualifying stages lasted three days while the tournament was held in two stages, where the prey birds were tested on their training and hunting skills. Birds had to easily find their masters, hunt hares, pigeons and pheasants.

There was also a hunting competition among the tazys – a unique Kazakh breed of dogs. This rare breed with extremely good vision and scent can run at speeds up to 90 kilometres per hour. 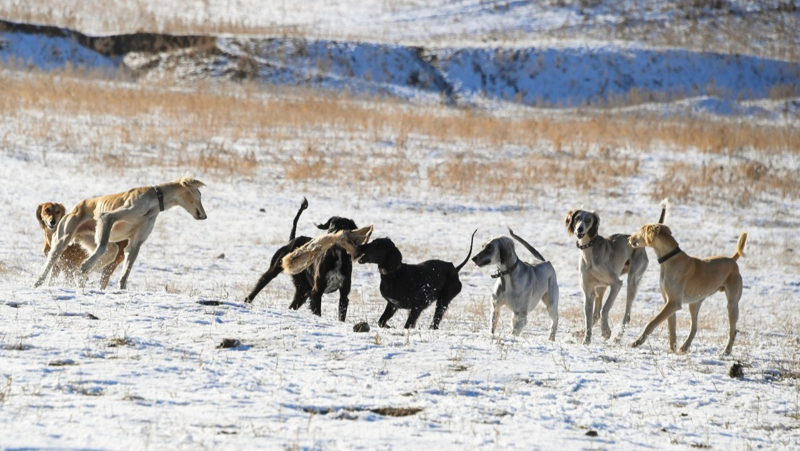 Tazys are considered one of the oldest dog breeds in the world. Photo credit: press service of Physical education and Sport Department of Almaty region.

Tazy is one of the jety kazyna (seven treasures) of the Kazakh people, the dog is considered to be the most reliable and closest friends to nomads. A real dzhigit (horse rider and fighter) is thought to have a fast horse, a grey tazy and a farsighted eagle. In exchange for a puppy of this breed, Kazakh hunters were often willing to give up what was less important to them, such as brides!

“This is the second time our team participated in the tournament which took place in the Almaty region and both of them were organized at a high level. This time we brought three berkuts (Asian golden eagle), a falcon and a hawk. The main purpose of this competition is to preserve our national heritage for the next generation, because it is both sport and art. There are many older people among the participants, so this should serve as an example for the younger generation,” said Zhalgas Akimbekov, who came to participate from the Zhambyl region.