NUR-SULTAN – President Kassym-Jomart Tokayev presented state awards to citizens who contribute to the country’s development in the run-up to the Independence Day on Dec. 16, reports Akorda press service. 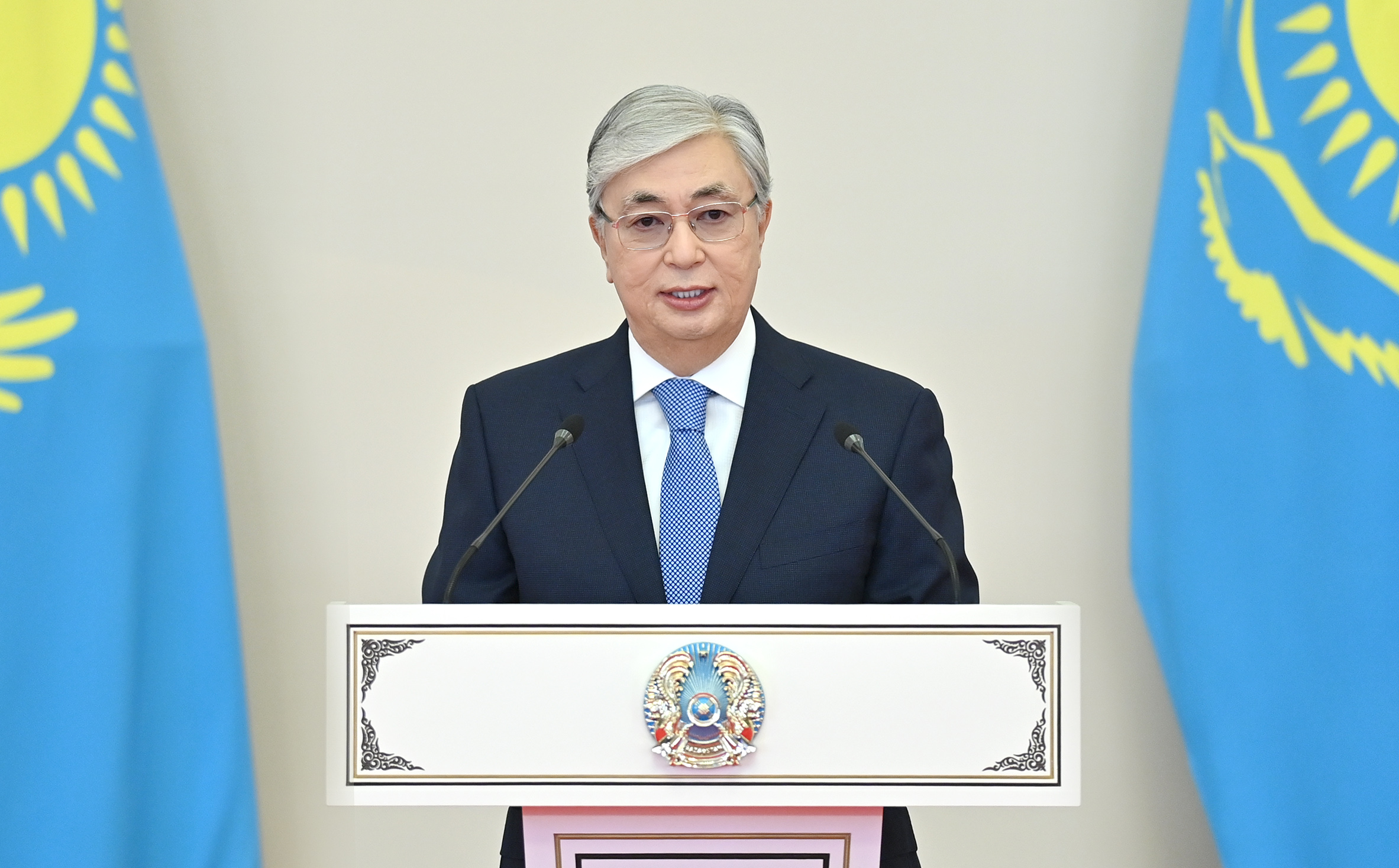 Addressing the audience attending the event, Tokayev congratulated the award recipients on the 30th anniversary of Kazakhstan’s independence and emphasized the importance of this holiday.

“From the historical point of view, for a short period of time, we have put down the foundation of new Kazakhstan. We became a strong and influential state with a strong economy. (…) The success of any state depends on its citizens. It is natural. A state with strong human capital is capable of overcoming all difficulties,” said Tokayev. 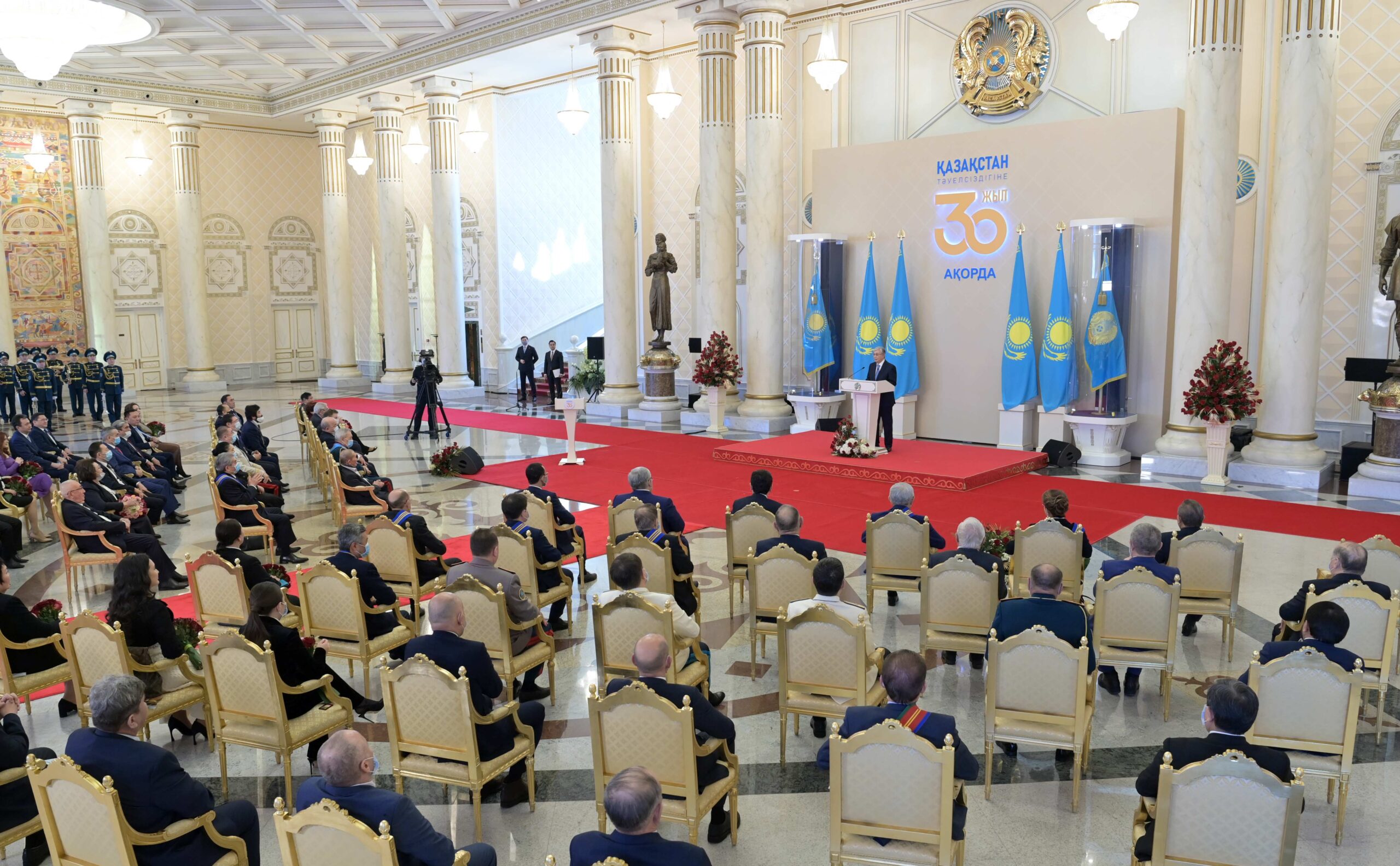 The ceremony is special as it coincides with the 30th anniversary of independence. Photo credit: Akorda

The 30th anniversary of independence is a significant milestone in the history of Kazakhstan’s statehood and a chance to give back to people who have made a significant contribution to building a strong and progressive state.

“You have shown a vivid example of true patriotism, professionalism, and selfless effort. The younger generation looks up to you as an example,” he told the meeting.

Speakers of the Parliament, the Prime Minister, and the Secretary of State are visiting the regions to present state awards to citizens there.

This year, the highest award – the  Kazakhstannyn Enbek Iri (Kazakhstan’s Hero of Labor) was given to the writer and playwright Ashim Akimovi for his “valuable contribution to the development of spirituality and the strengthening of social harmony,” Mukhtar Tuletayev, Director of the Multidisciplinary Medical Center in Nur-Sultan, and Alexander Khmelev, General Director of Kazzinc, the country’s major zinc producer also received awards.

“The hospital, which he (referring to Tuletayev) manages, has treated 15,000 coronavirus patients since the pandemic began. Last year, 3,000 surgeries were performed on cancer patients and 8,000 people were cured. In this regard, the work of our doctors deserves respect,” said Tokayev.

He also emphasized the contribution of Khmelev, who has worked for Kazzinc for almost a quarter of a century, “going the way up from electro-mechanic to the head of the company.”