By Staff Report in Business on 28 December 2021

NUR-SULTAN – Seven projects have been launched at the Almaty Industrial Zone, reported head of the industrial zone Adil Amralin at the Dec. 27 press conference. 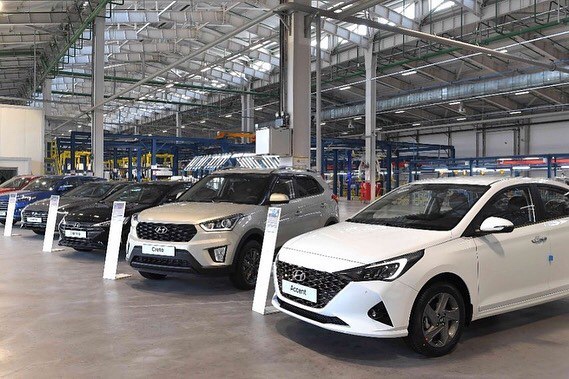 Hyundai Trans Kazakhstan machine building plant was put into operation at the Almaty Industrial Zone in 2020.

The projects, worth more than 48 billion tenge (US$110 million), will create 749 workplaces.

Recently, the opening of a plant for the production of welded steel pipes took place in Almaty. The pipes are made for the transportation of oil, gas, water, oil products and can be used in the mining, construction, chemical industries, and energy. The design capacity is 100,000 tons of pipes per year. Some 304 jobs were created.

It is expected that a plant for the production of medical diagnostic test systems will be launched by the end of the year. The company produces rapid tests for infectious and oncological diseases, and develops the first domestic, serial industrial production of culture media.

Despite the pandemic, the economic recovery remains on track. Since the beginning of the year, the economy increased by 5.5 percent and amounted to 5.8 trillion tenge (US$13 billion), said Almaty Mayor Bakytzhan Sagintayev on Dec. 9.

Almaty also remains attractive for investors. Over the year, more than 30 investment projects worth 279.6 billion tenge (US$644 million) were implemented in the city, according to Kazinform.

The major investment projects include the opening of the Zhetysu hotel with the international brands Ibis and Novotel, and the construction of a new terminal of the International Airport in Almaty.

This year, the campus of the DeMontfort Kazakhstan University was launched in the Bostandyk region. A university campus in the Medeu region is planned. The High-Tech Academy private school, the Helmer medical rehabilitation centre, and the Tomotherapy centre were opened recently as well.