By Staff Report in International on 9 December 2021

NUR-SULTAN – The monument to Kazakh poet and philosopher Abai Kunanbayev was unveiled on Dec. 6 in Paris, reported the press service of the Nur-Sultan city administration. 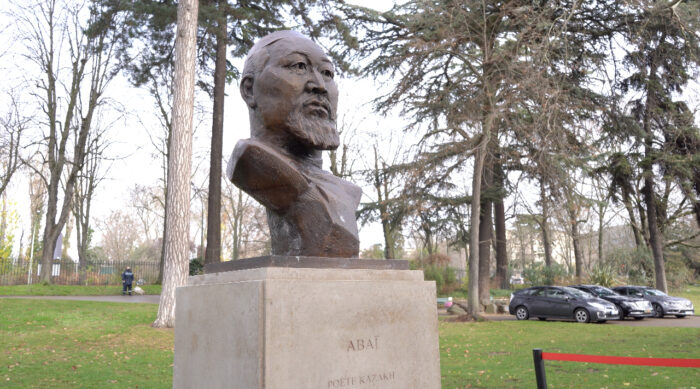 The event is dedicated to the 30th anniversary of Kazakhstan’s independence.

“The initiative belongs to our President so that the heritage of great poets such as Abai will be recognized all over the world. The Mayor’s Office of Paris supported our initiative as well as the Kazakh embassy in France, sponsors, and Kazakh people,” said Akim (Mayor) of Nur-Sultan Altai Kulginov during the opening of the monument.

The monument is situated in the Poets’ Square along with the monuments to French writer Victor Hugo, Russian poet Alexander Pushkin, and other famous writers.

“I am glad that we honor Abai in the square of poets in Paris. This is a tribute that the city of Paris would like to pay to this great poet. This also marks the beginning of cooperation between Paris and Nur-Sultan in the cultural sector,” Deputy Mayor of Paris Arnaud Ngatcha said to 24.kz. 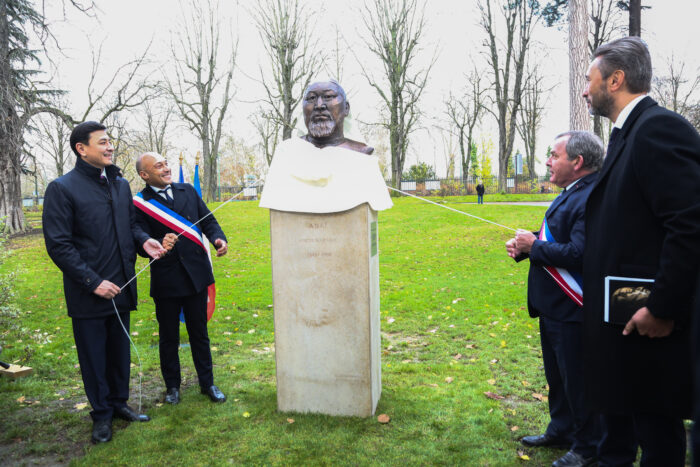 Kulginov also spoke about further cooperation activities with the French capital. “We are interested in attracting investment to our city. We signed a pact of friendship and cooperation with Mayor of Paris Anne Hidalgo and discussed the implementation of joint projects. More than 30 French companies currently operate in Nur-Sultan. We will expand the number of joint projects and create new jobs as well,” he added.

The French investors are expected to build a private school in Nur-Sultan.

“We also invited the French museums to visit our capital with an exhibition next year. This will contribute to the development of the cultural sphere of our capital,” said Kulginov.

In 2016, a monument in memory of Abai was installed in Rennes, the twin city of Almaty.