By Assel Satubaldina in Kazakhstan Region Profiles: A Deep Dive Into the Heart of Central Asia, Nation on 22 December 2021

NUR-SULTAN – Kazakhstan has established a new Ulytau national park in the Karaganda Region based on a government decree on Dec. 7. 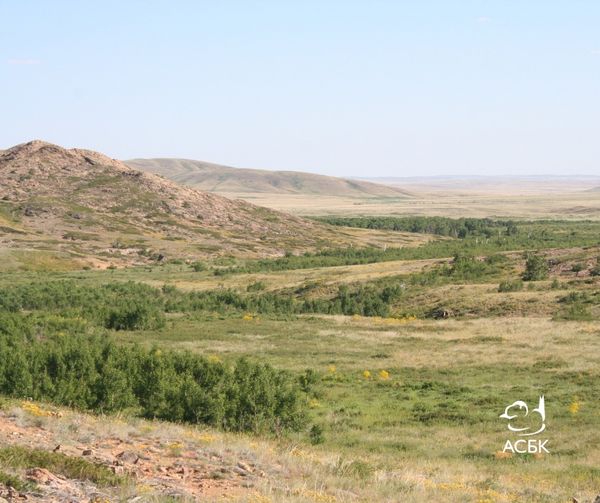 The Ulytau national park. Photo credit: Sergey Sklyarenko/Association for the Conservation of Biodiversity of Kazakhstan

The idea to create a national park in the Ulytau district has been repeatedly raised since 2009. In 2011 and 2012, the Association for the Conservation of Biodiversity of Kazakhstan was conducting field research and developing a natural and scientific rationale for the establishment of the national park as part of the country’s project on conservation and sustainable management of steppe ecosystems that it implemented with the United Nations Development Program.

Its goal is now to preserve biological and landscape diversity, which has special ecological and scientific value. According to experts, more than 600 rare plant species, including medicinal plants, can be found there, along with birds of prey such as the golden eagle, steppe eagle and burrowing eagle, which are all included in the Red Book of Kazakhstan.

The status of a national park guarantees the preservation of natural landscapes and biodiversity of the area and expands opportunities for tourism development.

“Why a national park and not a reserve? Reserves do not provide opportunities for the development of tourism. And Ulytau is an area where it is simply impossible not to develop tourism. Ulytau is a very promising territory for the restoration of the argali (mountain sheep) population there, a rare red-listed species,” said Sergey Sklyarenko, Science Director and Head of the Centre for Conservation Biology at the Association for the Conservation of Biodiversity of Kazakhstan.

According to Kazakh Minister of Ecology, Geology and Natural Resources Serikkali Brekeshev, the creation of the national park is a “significant achievement in the protection of the country’s ecosystem.”

“The ministry will continue its comprehensive work on environmental protection,” he wrote on his Twitter.

Experts believe the establishment of the national park will revive the damaged ecosystem as well as the populations of argali, which populated the area until the mid-1970s, and other wild animal populations, including antelope, elk, deer, wild boar, grouse, partridge, Pallas, Jack, Plover, Sandgrouse, Sandgrouse, black stork, among others.

The country’s Qazaq Geography National Public Association will take part in the development of the national park and ecotourism development in the adjacent territories and settlements with the involvement of the local population. Their work will be supported by a grant from the United Nations Development Program and the government of Kazakhstan.