NUR-SULTAN – Kazakhstan is ending its chairmanship at the Eurasian Economic Union and President Kasym-Jomart Tokayev spoke about the work the country has done as the organization’s chair at the Supreme Economic Council meeting today. In 2020, Kyrgyzstan was slated to take over the chairmanship of the union. 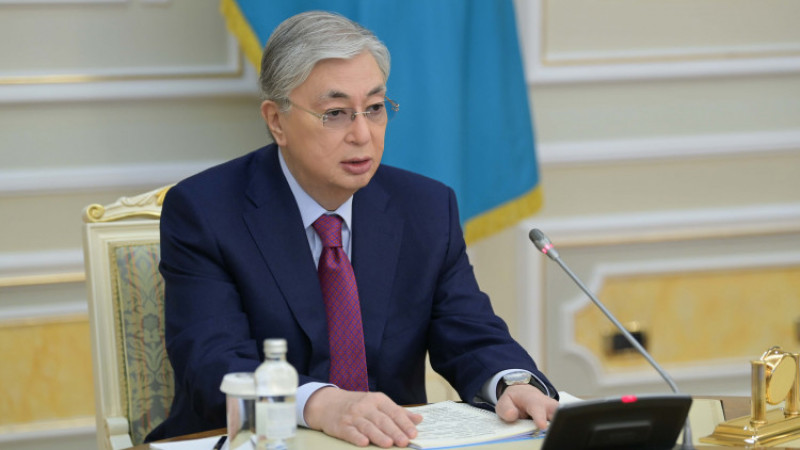 “At the beginning of our chairpersonship, I put forward five areas of joint work – strengthening industrial cooperation, removing trade barriers, transport and logistics development, digitization, and expanding trade and economic cooperation with third countries. This is not a one-day’s work, but we could now see the successful implementation of some of them,” said Tokayev.

Over the first nine months of 2021, mutual trade made between the member states grew by 32.5 percent reaching US$52 billion, an increase of 16 percent compared to the pre-pandemic level. Exports from Kazakhstan to the member states also grew 39 percent.

Tokayev urged his colleagues to step up their efforts as the Omicron variant continues to spread around the world bringing additional strain on global healthcare systems that have hardly recovered from the COVID-19 consequences.

To boost industrial cooperation and fill the gaps in the industry, Tokayev suggested focusing on joint work to produce microchips and computer elements, and on creating a base that will meet the needs of countries’ enterprises.

He also reiterated Kazakhstan’s initiative to set up a supply chain across the union that will address food security needs and boost transport connectivity.

“Over the past two years, Kazakhstan has been working to create wholesale distribution centers. We are ready to take an active part in the creation and integration of such chains in the union,” said Tokayev.

This year, the union member states adopted their strategy through 2025. Tokayev said that the union is “moving firmly towards strengthening and expanding economic cooperation.”

“Eurasian economic integration undoubtedly remains a priority for Kazakhstan. A firm commitment to preserving mutual respect and constructive dialogue is the foundation for long-term cooperation within the union,” said Tokayev.

The establishment of the union back in 2014 was the initiative of Nursultan Nazarbayev. Addressing the meeting, he stressed the importance of the meeting being held in the run-up to independence that Kazakhstan will celebrate on Dec. 16.

“Thirty years ago, the circumstances required making new and bold decisions, to restore the disrupted economic ties between our countries. That is when I first voiced the idea to set up the Union in 1994 at the Moscow State University. I firmly believe that the countries who have close proximity and common history have no other way to develop based on mutually beneficial integration,” said Nazarbayev.