By Saniya Bulatkulova in Culture on 23 December 2021

NUR-SULTAN – Kazakh writers Zira Naurzbayeva and Lilya Kalaus reached an agreement with the Children’s Literature Department of Amazon Publishing to publish their “Adventures of Batu and His Friends. In Search of the Golden Cup” trilogy in English, Naurzbayeva and Kalaus announced on their Facebook. 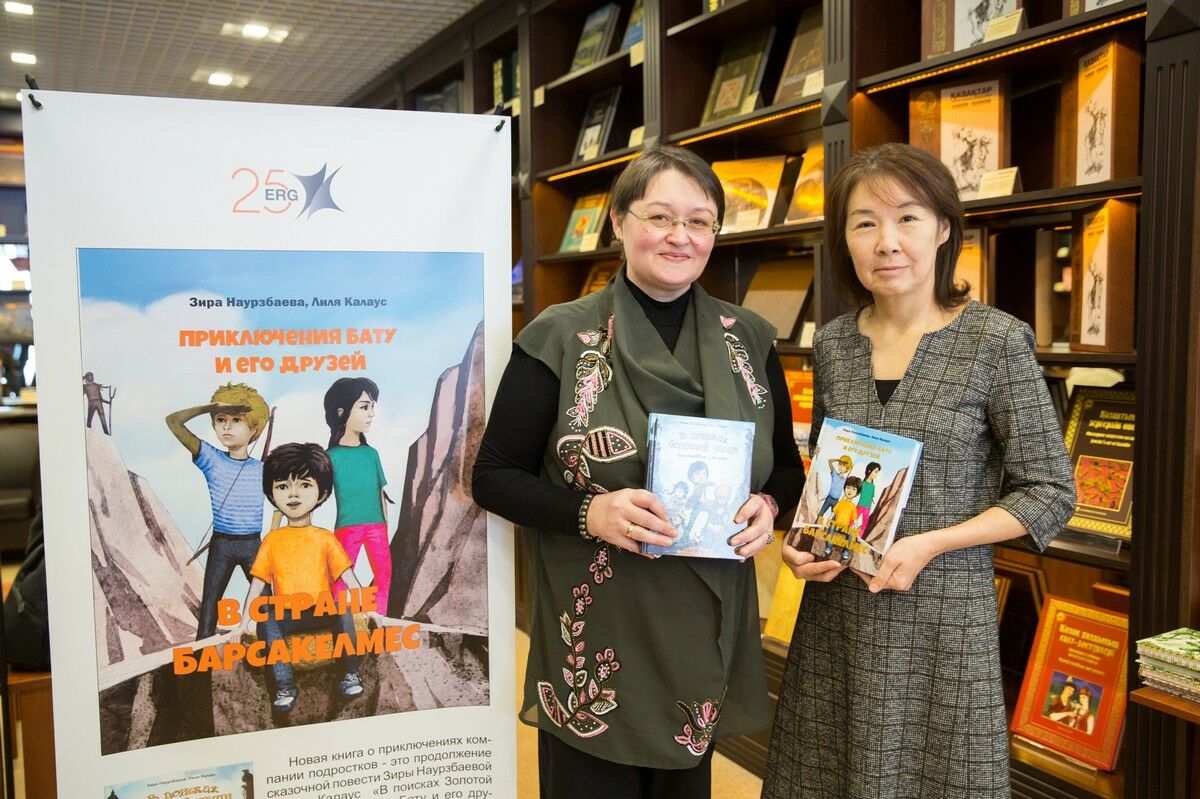 Lilya Kalaus and Zira Naurzbayeva at the presentation of their second book from series. Photo credit: time.kz

The series of books authored by Kazakh mythology specialist Naurzbayeva and Russian philologist Kalaus in Russian will be translated by professional interpreter Shelley Fairweather-Vega and published approximately by the end of 2022.

“I am so grateful to my dear friend and co-author Zira. And also to all who supported us and believed in our books. I have always been convinced that the culture, history, art, and mythology of Kazakhstan are of interest to people around the world. And now, thanks to the English language and the plans of Amazon Publishing, our heroes will step far beyond the borders of our country,” wrote Kalaus in her social media post.

“Adventures of Batu and His Friends” are thrilling stories, where Kazakh fifth graders find themselves in the magical world of national mythology. In the first book titled “Adventures of Batu and His Friends. In Search of the Golden Cup,” they go on a journey around West Kazakhstan – to the Semipalatinsk nuclear test site, and to the geographic center of Eurasia – Konyr Aulie Cave.

In the second book “Adventures of Batu and His Friends in the Country of Barsakelmes” they go to Syr Darya river and later to the Barsakelmes subterranean wonderland. The young researchers also participate in archeological works and fight giant catfish. 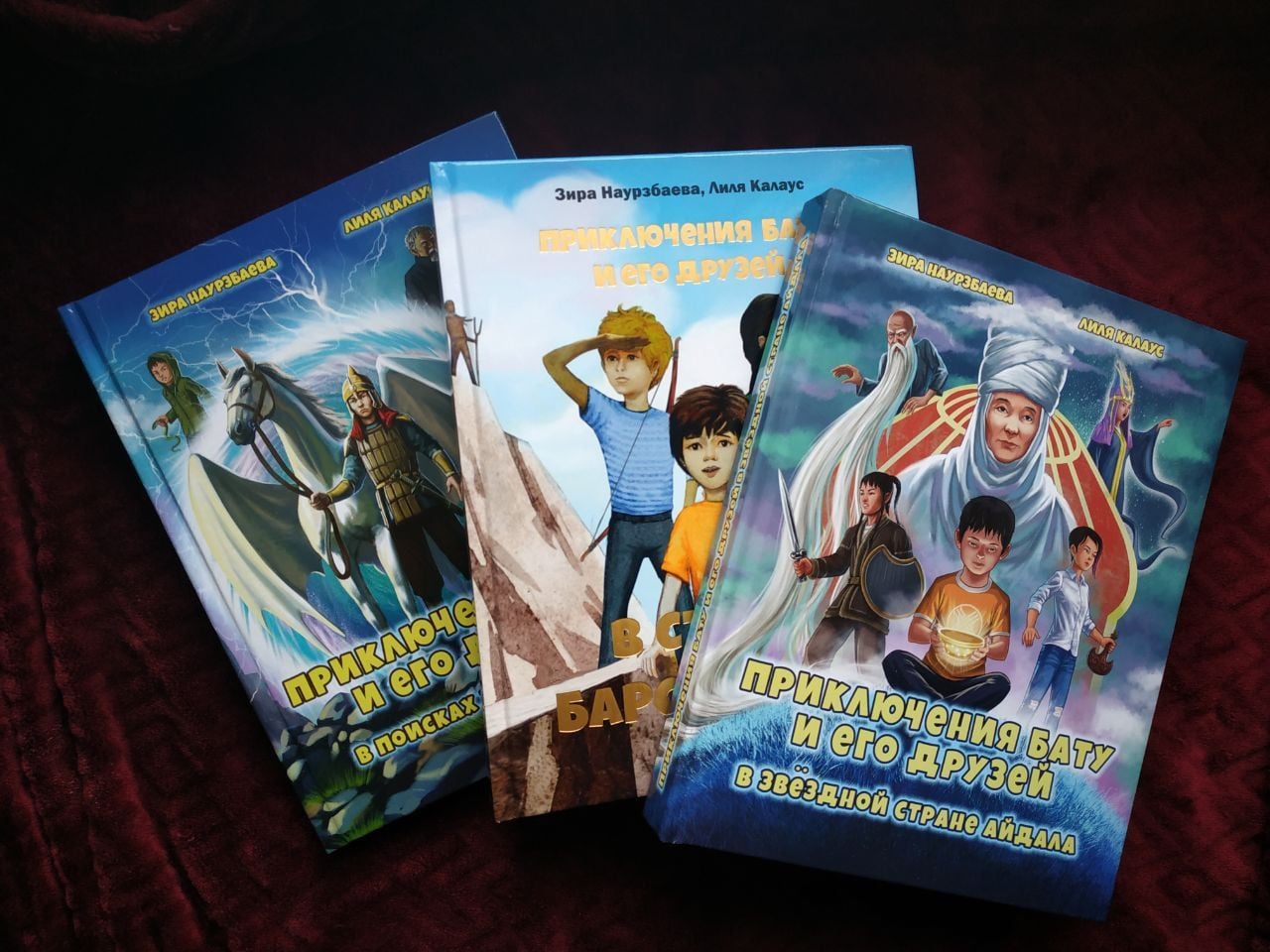 The final book “Adventures of Batu and His Friends in Aidala Star Country” tells the story of their journey through the astral mythology of Kazakh people – they explore an ore processing plant and Torgai geoglyphs (a large design produced on the ground by stones, stone fragments, gravel, or earth).

“When I tried to tell my children about Kazakh mythology, they did not listen to me because they were more interested in the story of Harry Potter. I decided to call both my friend and writer Lilya Kalaus. Then we came up with an idea of writing the story about Batu and his friends, which later became a trilogy,” said Naurzbayeva in her interview to elorda.info.

She said they planned to write these books only for children in Kazakhstan and she could not imagine that the books would attract foreign readers.

“We gave the manuscript and the synopsis to major publishing companies, lost all literary contests, tried to hold negotiations with people who had influence – all for nothing. It took us eight years to publish the first book,” she said.

With these books, the writers aimed to instill a love of reading, Kazakh culture and language among children and give them a chance to learn more about national customs, regions, history, and local legends in an interesting way.

Now that the writers have an agreement with Amazon Publishing, they plan to begin work on their fourth book.