By Saniya Bulatkulova in Sports on 22 December 2021 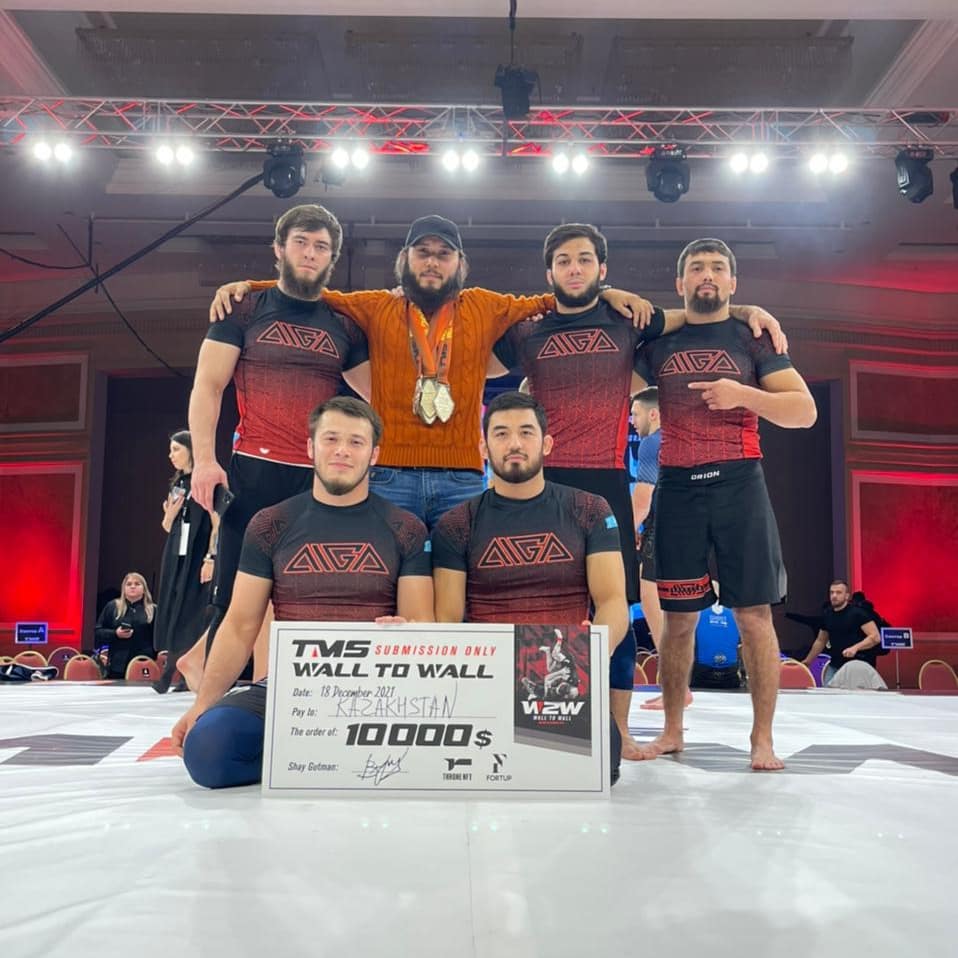 The national team of Kazakhstan triumphantly defeated athletes from Poland, Ukraine and Israel in five-to-five format, where the total weight of wrestlers does not exceed 400 kilograms.

The final battle between Kazakh and Israeli athletes was particularly impressive as Kazakh athlete Ruslan Israilov made his opponent Alon Rozen surrender two minutes later after the the fight began.

“I am very pleased that our guys have got such results. We have been striving for many years to provide conditions and opportunities for the growth of our athletes not only in Kazakhstan, but also globally. Just a few years ago, many teams did not recognize us as competitors, but it motivated us. We have succeeded thanks to the federation’s productive work and those who supported us all this time,” said Kazakhstan’s AIGA Federation President Tolegen Kumarov in an interview for this story.

Grappling is a hand-to-hand sport that includes gripping or seizing the opponent and combines techniques of sambo, judo, freestyle wrestling, and Brazilian jiu-jitsu. It emerged approximately in the 1990s.  The AIGA, registered in 2018 and headquartered in Los Angeles, has representatives in 10 countries, including Kazakhstan.

The team’s trainer is Yeldos Ikhsangaliyev, a prominent Kazakh judo athlete. He won silver and six bronze medals at the Asian Championships and bronze medals both at 2001 East Asian Games and 2003 Central Asian Games, among other awards.