By Aibarshyn Akhmetkali in International, Kazakhstan’s Independence: 30 Years on 13 December 2021 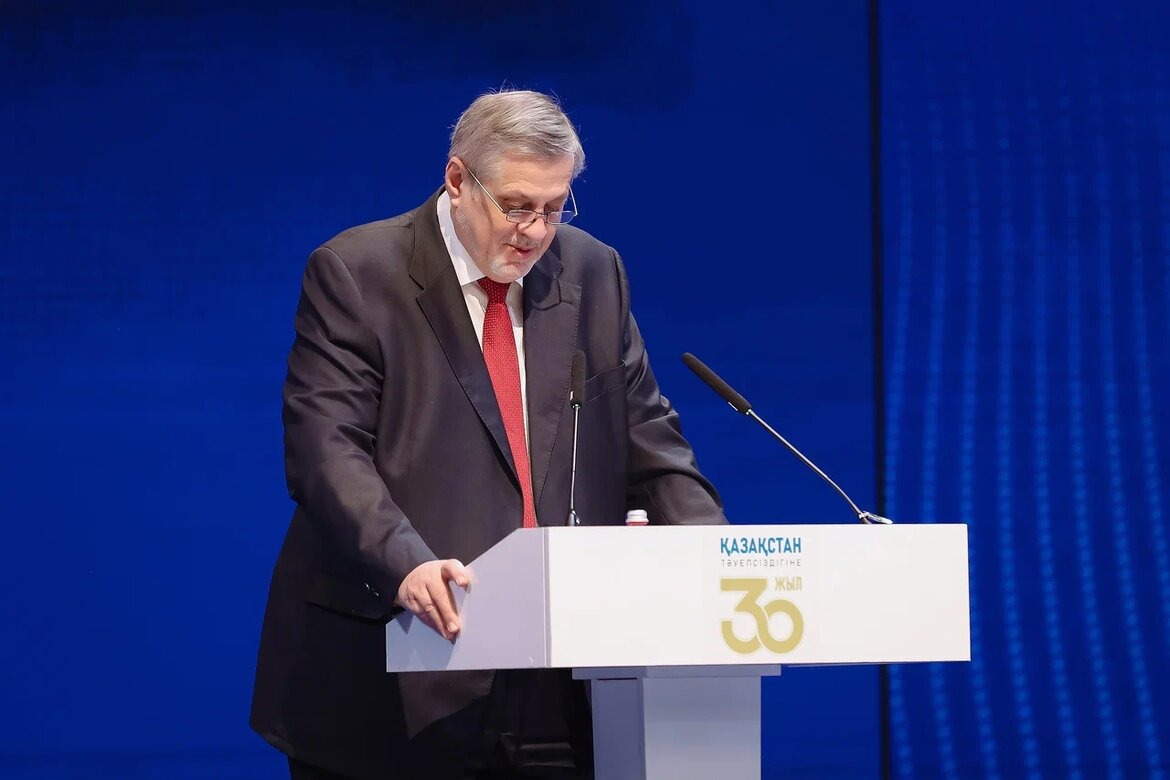 Ban Ki-moon, former UN Secretary and President of the Global Green Growth Institute, congratulated all participants of the conference on the upcoming 30 year anniversary of Kazakhstan’s independence. “I believe that this success has been achieved largely thanks to the First President of Kazakhstan, Nursultan Nazarbayev, and the leadership of Kazakhstan. Today they are the symbol of international cooperation and a nuclear-weapon-free zone,” said Ki-moon. He expressed his high hopes that Kazakhstan and Korea will continue to develop their bilateral cooperation.

Gerhard Schroder, ex-Federal Chancellor of Germany, said that “in politics, it is important to have a relationship of trust, and even more important to have a close cooperation between civil societies,” referring to the good economic relationship between Germany and Kazakhstan and his personal close connection to Nazarbayev since 2001. “If the heads of the states know each other well, it will be easier to bridge the gap between them,” he added.

Schroder also stressed that Nazarbayev’s decision to renounce nuclear weapons was one of the most strategically important decisions ever made and he expressed his hopes that other states will also show interest in the implementation of nuclear disarmament and non-proliferation.

James Baker, former U.S. Secretary of State, spoke highly of Nazarbayev’s ability to establish good relationships with bordering nations and major international countries. “His success on the world stage during his presidency was a result of creating a multi-vector foreign policy with very strong foreign partners. He has a special ability to communicate with his peers around the world. He has been able to establish friendships with many leaders. When I was secretary of state, I often felt this connection with President Nazarbayev,” said Baker.

Ján Kubiš from Slovakia, ex-OSCE (Organisation for Security and Co-operation in Europe) Secretary-General and Special Envoy of the UN Secretary-General on Libya, shared his impressions on Kazakhstan steadily pursuing the course of multipolar diplomacy and international engagement for the benefit of its people.

“I remember that 30 years ago many analysts expressed doubts about the very existence of Kazakhstan as a stable and united country. They were proven wrong. Thanks to the vision and persistent commitment of President Nursultan Nazarbayev, who accepted the challenge of reforming the economic, social, and political systems of the country for building a modern, stable, and prosperous Kazakhstan today, centered on the needs of its people,” said Kubiš.

Among the many political initiatives of Nazarbayev, Kubiš highlighted the first president’s decision to close the Semipalatinsk nuclear polygon, chairpersonship at the OSCE in 2010, non-permanent membership in the United Nations Security Council in 2017-2018, as well as humanitarian assistance to Afghanistan which included receiving Afghan students.

According to Kubiš, Kazakhstan continues to actively engage with the international community in efforts to overcome the new, rising challenges facing the world such as the spread of international terrorism and extremism, climate change, the Aral Sea problem, and COVID-19.