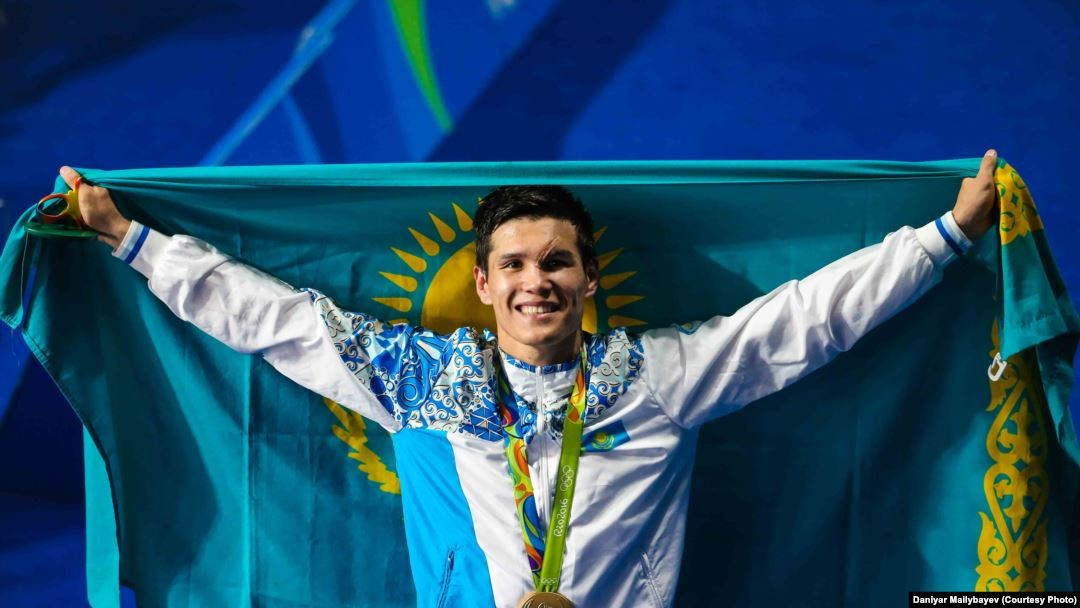 Yeleussinov began boxing in 1999 and is trained by his father Marat Yeleussinov. Photo credit: olympic.kz

The fight for the vacant title lasted all twelve scheduled rounds, which came as a surprise to many. Throughout the fight, Yeleussinov absolutely dominated his opponent from South America, and the audience was expecting an early knockout.

At the beginning of the second round, Juan Hernan Leal was knocked down twice. As a result, in the third round, the Argentinian adopted a defensive posture. Yeleussinov regularly caught his opponent with counter strikes and punished him for any aggressive initiative. The Argentinian, who narrowly missed several strong crosses, fought cautiously.

The crowd began to demand an early wrap-up of the battle, but the fight lasted all twelve rounds, and by the end the Argentinian regained his wind and went on the attack, but unsuccessfully. Yeleussinov’s victory was obvious, and the judges unanimously gave the victory to the boxer from Kazakhstan.

Yeleussinov went on to make his first statement after winning the world title. According to Sports.kz, the boxer commented on his victory in Nur-Sultan over Argentine Juan Hernan Leal on Instagram and after his victory over Juan Hernan Leal, the BoxRec.com website returned the boxer to his old rating after he received an “inactive” status on BoxRec, because of his absence in the ring in November 2020.

Now Yeleussinov has returned to the welterweight ranking – in 27th place. The victory over Juan Hernan Leal also won the Kazakh boxer the vacant IBO world welterweight title. During the battle, he knocked down the Argentine for a total of three times.

As a result, Yeleussinov has become the fifth Kazakh boxer in history to claim the championship belt. This was previously accomplished by Vasily Zhirov, Gennady Golovkin, Zhanat Zhakiyanov and Beibut Shumenov.