By Assel Satubaldina in International, Kazakhstan’s Independence: 30 Years on 26 November 2021

NUR-SULTAN – The upcoming 150th anniversary of prominent Kazakh scholar, statesman, linguist, and poet Akhmet Baitursynov and the 100th anniversary of pop and opera singer Roza Baglanova were included in the UNESCO list of anniversaries for 2022-2023 during the 41st session of UNESCO’s General Conference, reports the Kazakh Embassy in France. 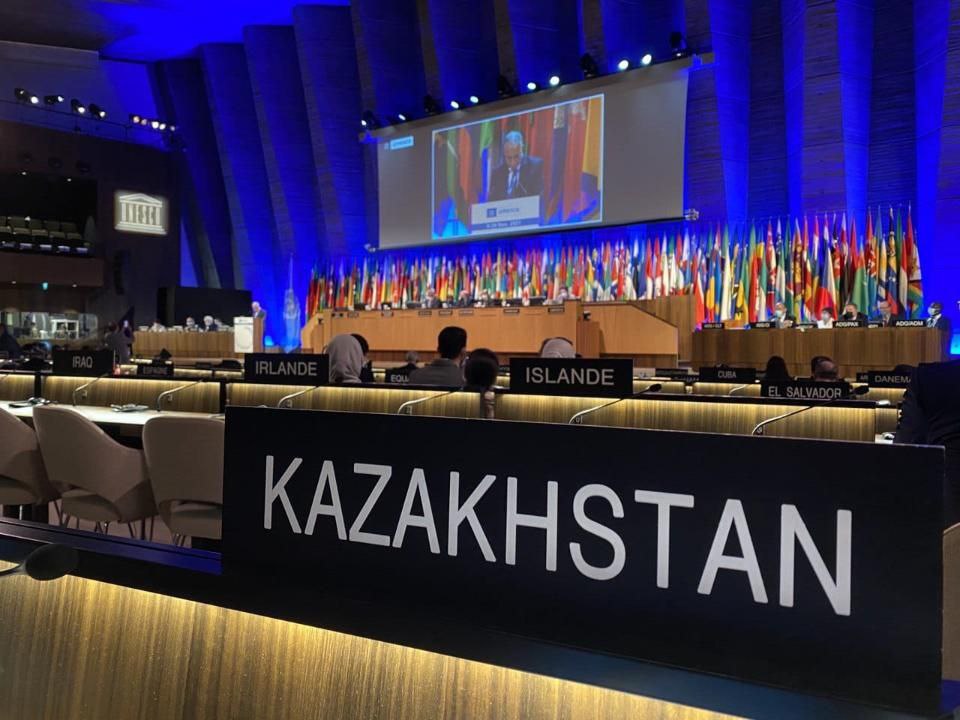 Kazakhstan has been a member of UNESCO since 1992. Photo credit: Kazakh Embassy in France

Kazakhstan’s two major anniversaries are among the 67 major dates included in the list for the next two years.

Kazakhstan’s Ambassador to France and Permanent Representative to UNESCO Jan Galiyev thanked the organization for its support of Kazakhstan’s initiatives. He said that next year the embassy plans to organize an international conference at the UNESCO headquarters that will focus on the important role of Baitursynov and Baglanova.

Both of them made a significant contribution to the development of Kazakhstan in their own areas. Baitursynov, born in 1873, was a prominent scholar and is known for his reform of the Kazakh alphabet based on Arabic graphics, making it accessible for millions of Kazakhs living abroad. He excluded all Arabic letters not used in Kazakh and added letters specific to the language. 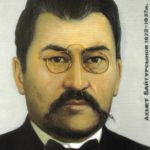 Along with extensive work in linguistics, he was actively involved in political life seeking an independent state for his people and being one of the leading organizers of the Alash party and the Alash autonomy. His active political stance determined his fate – in October 1937, Baitursynov was arrested by the Stalinist regime and two months later, was executed.

Born in 1922, Baglanova dreamt of being a singer from early childhood, and her dreams were destined to become a reality. 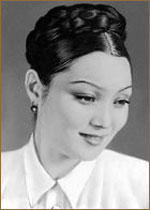 Baglanova was an Honoured Artist of the Soviet Union.

The start of her career coincided with the beginning of World War II and her soprano served as a powerful motivation for soldiers as the ensemble was performing concerts on the frontline.

She continued her singing career after the war ended and was also actively involved in social activism despite deteriorating health due to her eye condition. Baglanova died of a heart attack at the age of 89 in Almaty.

“It is also symbolic that this general conference is held on the eve of the 30th anniversary of Kazakhstan’s independence and its membership in UNESCO. Over the past three decades, our country has gradually developed constructive cooperation with this leading international organization in a spirit of partnership and solidarity,” said Galiyev in his remarks.

At the General Conference, Kazakhstan was also elected by secret ballot to the intergovernmental councils of two subsidiary bodies of UNESCO for 2021-2025 – the Intergovernmental Hydrological Program (IHP), the only intergovernmental UN program devoted to water research and management, and related education and capacity development, and the International Program for the Development of Communication (IPDC) designed to mobilize the international community to discuss and promote media development in developing countries.