The National Currency of Independent Kazakhstan: A Historical Overview of the Tenge 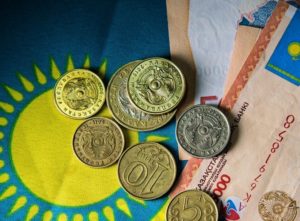 The national currency of Kazakhstan came into circulation on Nov. 15 in 1993 with exchange rate of 1 tenge – 500 roubles of USSR. Photo credit: news.myseldon.com

Editor’s note: What are among the first essential steps a newly independent state would take? Creating its own currency would be one of them and that’s what Kazakhstan did in November 1993. The national currency – the tenge – has become one of major symbols of Kazakhstan that celebrates the 30th anniversary of its independence this year. Popular Kazakh news website Zakon.kz has put together an interesting overview of how the tenge was introduced and turned into a well functioning currency.

In 1993, the Kazakh leadership advocated close economic integration of the members of the Commonwealth of Independent States and came up with an initiative to create a new ruble zone. In September 1993, a six-party agreement was reached on measures to create a ruble zone of a new level, as well as a bilateral agreement between Russia and Kazakhstan on the creation of a unified monetary system.

Even though Russia supported Kazakhstan in its desire to become an equal member of the ruble zone, during negotiations on specific conditions for the implementation of this project, it became clear that the set conditions were unacceptable for Kazakhstan.

Thus, Kazakh leadership eventually refused to participate in the ruble zone. And at the same time that Russia began to issue new banknotes, old money flooded the market of Kazakhstan, the financial system of the country found itself in a difficult situation, and the inflation rate went off the charts.

The question of the urgent introduction of its own currency arose sharply. New samples of banknotes were created. The design of the national Kazakh currency was developed within 2,5 months by a group of artists: Timur Suleimenov, Agimsaly Duzelkhanov, Khayrolla Gabzhalilov and Mendybay Alin, in complete secrecy.

On Nov. 3, 1993, Nursultan Nazarbayev issued a decree on the creation of a state commission for the introduction of the national currency, which consisted of members of the government and the chairman of the National Bank.

On Nov. 5, the Decree “On Measures to Stabilize the Monetary System” was adopted to stabilize the economic situation. Banks were banned from accepting cash in Soviet banknotes to the accounts of individuals and legal entities. They were transferred to special accounts, which were frozen until the origin of this money was verified. 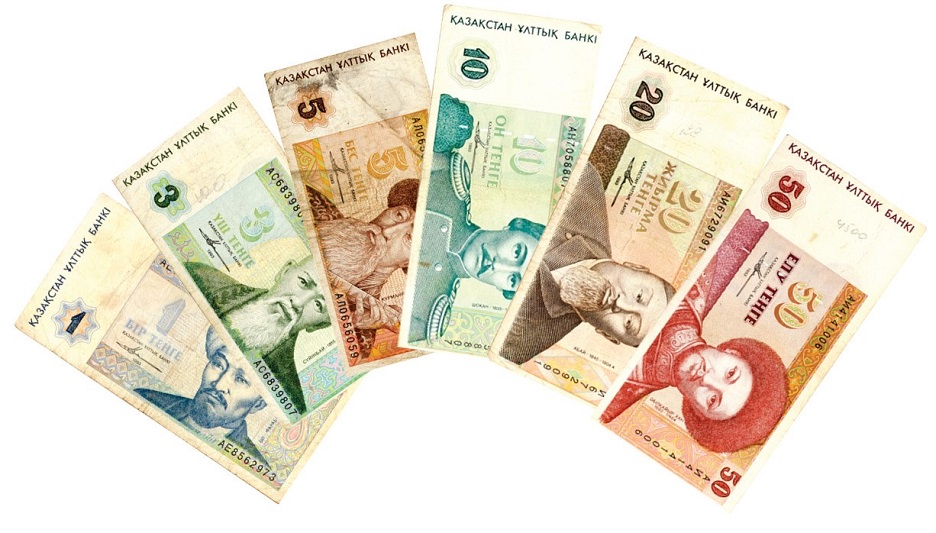 The name for the Kazakh currency was not chosen immediately. There were several options considered such as “aksha” (money), “altyn” (gold), “som” (pure), “sum” (pure). “Tenge” is formed from the words “dengue” and “tanga”, which are the names of small Turkic coins. Chairman of the Committee of the Supreme Council of Kazakhstan Sauk Takezhanov insisted on this name.

The tenge prints were made by an engraver from Great Britain – it became the last hand engraving in the world.

The first banknotes in denominations from one to 100 tenge were printed by the London factory Harrison & Sons. Then the Queen of England awarded it with a gold badge for designating it as an export product.

To store the first batch of money, special underground warehouses were prepared. All tenge was brought to Kazakhstan by four IL-76 aircraft, which made 18 flights to London and back in a week.

In just eight days, the money was delivered to all banks in the country. Before Kazakhstan, no country has succeeded in introducing a new currency so quickly and successfully.

On Nov. 12, 1993, a joint meeting of the Cabinet of Ministers and the Presidium of the Supreme Council of Kazakhstan was held. Nazarbayev made a speech at the meeting. He reported on the progress in preparation for the introduction of the national currency and that, in accordance with the powers granted by the Constitution of Kazakhstan and the Supreme Council, he signed a decree on the introduction of the national currency of the country, the tenge, into circulation from 8 a.m. on Nov. 15, 1993. 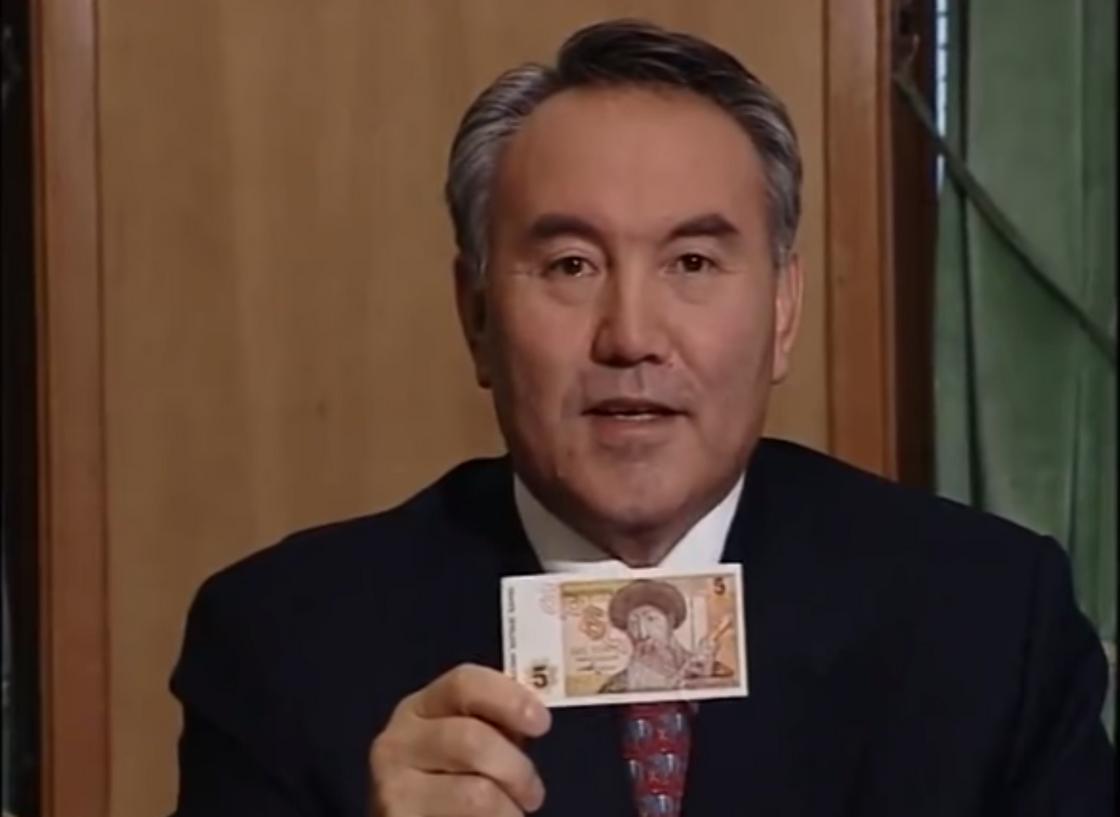 Kazakhstan’s First President Nursultan Nazarbayev performed with his speech about introduction of the national currency of the country. Photo credit: yandex.kz

Rubles of the 1961-1992 sample were exchanged for tenge in a ratio of 500 to one. Each citizen over 16 years old, permanently residing in the territory of Kazakhstan, could exchange up to 100,000 rubles. Money was exchanged where the population received it: pensioners at the post office, working citizens at workplaces.

In May 1995, the grand opening of a banknote factory in Kazakhstan took place, with the participation of the Kazakh president.

After the opening of our own factory, a tradition arose to issue a separate banknote for each significant event in Kazakhstan. This is how the thousandth bill was issued when Kazakhstan became the chairman of the Organization for Security and Co-operation in Europe (OSCE).

The tiyn (monetary unit: one Kazakh tenge = 100 tiyn) became the currency of the tenge. The first tiyns were printed in the form of banknotes in denominations of one, two, five, 10, 20 and 50 tiyins. But this was an intermediate option since the coin factory did not have time to start. Paper “kopecks” (a monetary unit of Russia and some other countries of the former Soviet Union, equal to one hundredth of a ruble) were withdrawn from circulation on Dec. 30, 1995. 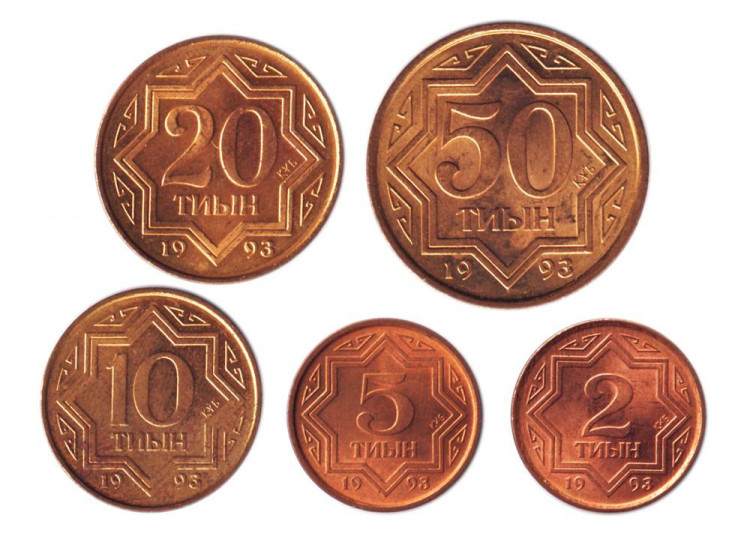 In 1998, the Kazakhstan Mint was opened in Ust-Kamenogorsk: before that, common coins were minted in Germany.

In 2006, the National Bank of Kazakhstan held a competition to draw the tenge symbol. Out of 30,000 options, one was chosen, the authors of which received an award of one million tenge.

In the same year, radically new banknotes with denominations from 200 to 10,000 tenge appeared: the drawing on one side was printed vertically, and on the other – horizontally. The banknotes ceased to depict portraits of specific personalities. They were replaced by monuments of architecture and nature in Kazakhstan. 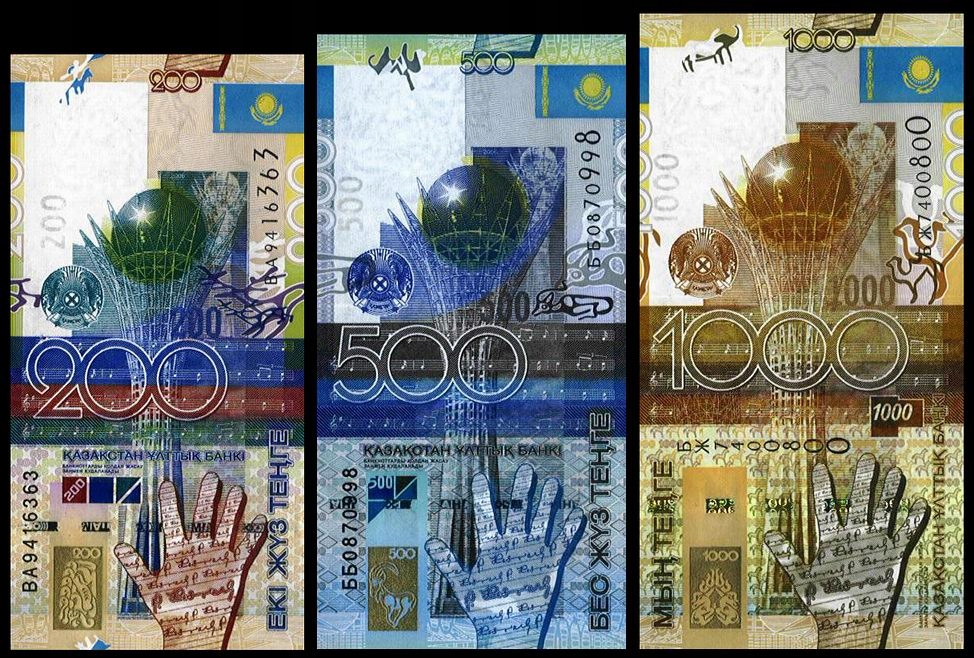 The design of the third generation of banknotes, called “Baiterek”, existed for a long time and was recognized as quite successful. The 2006 banknotes began to differ both in color and size. Each subsequent denomination was larger than the previous one by four millimeters in length and three millimeters in width.

In 2013, the Kazakh tiyn went out of circulation, but continues to be included in non-cash payments.

The most expensive coin of Kazakhstan, issued for the 20th anniversary of the tenge, is made of pure gold and weighs two kilograms. It can be purchased for 25 million tenge.

In 2016, a new 10,000 tenge banknote was issued with a portrait of President Nazarbayev. 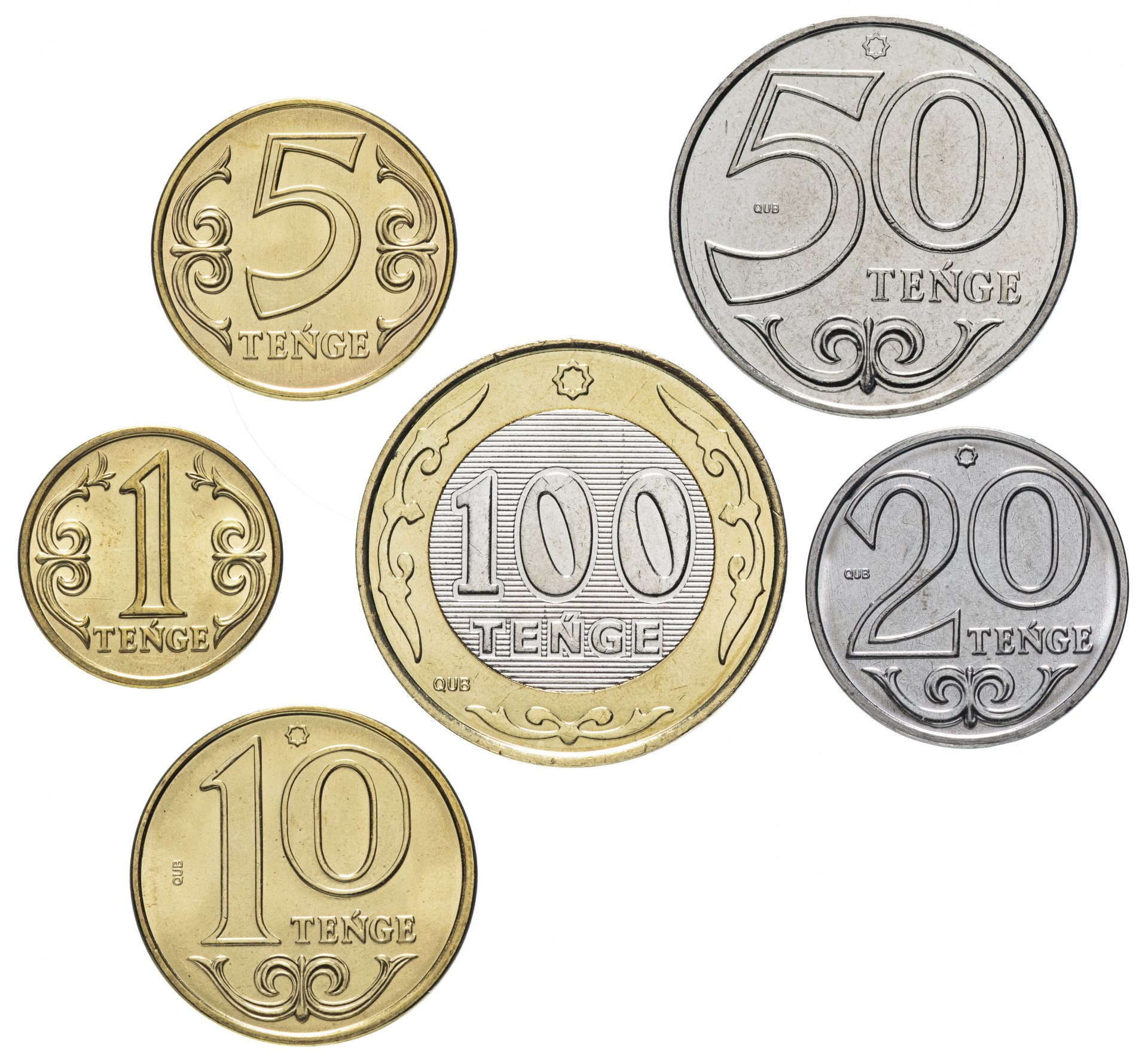 Coins of tenge, which are nowadays used by people. Photo credit: yandex.kz

The Kazakh tenge is considered one of the most secure currencies in the world. It has 18 degrees of protection. The National Bank of Kazakhstan received a patent for two security elements, which later began to be used in printing dollars, euros, and other currencies – this is a color-changing ink called SPARK, which can be seen on all the latest banknotes of 5,000 and 10,000 tenge.

The banknote factory is located in Almaty but raw materials that are used are not produced in Kazakhstan. The Swiss company SICPA is a monopolist in the production of the ink for banknotes all over the world. Paper for Kazakh banknotes also must be imported from abroad.

Our country mints coins for Belarus, Tajikistan, and Kyrgyzstan. In terms of the quality of the coins, it is one of the top five – on a par with the mints of Poland, Austria, Canada, and Australia.

The article was originally published in Zakon.kz news website.