NUR-SULTAN – The Kazakh Ministry of Digital Development, Innovation and Aerospace Industry and the Astana Hub organized the Qaz Startup Battle on Nov. 5 aimed at the development of the Kazakh language and content, reports the ministry’s press service. 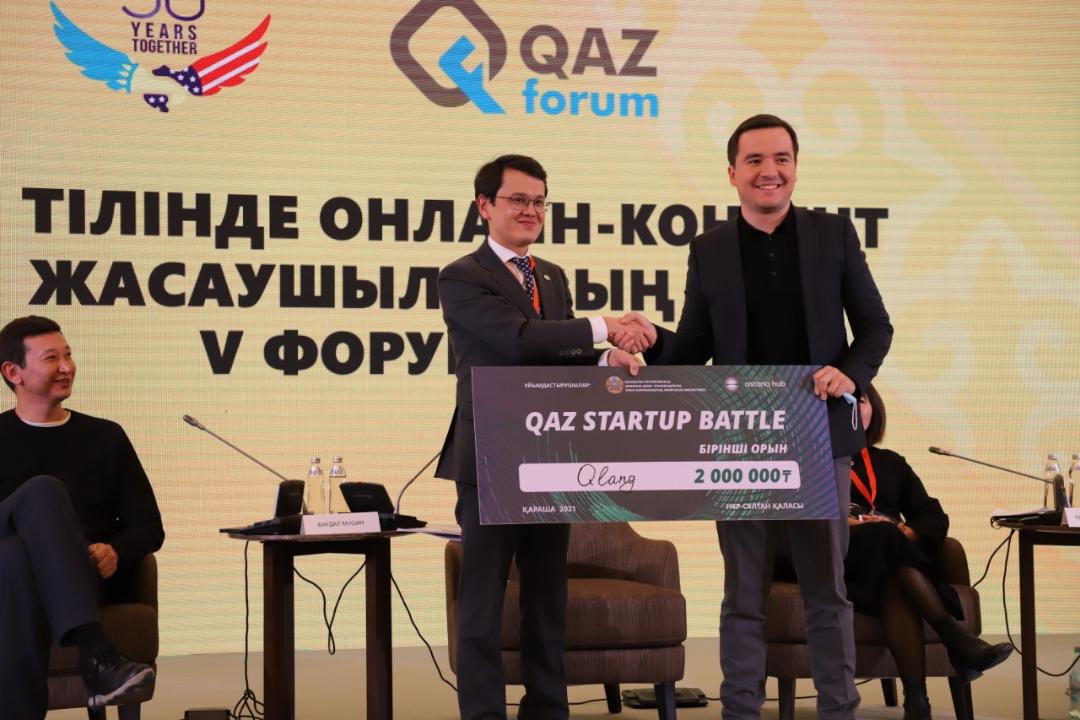 The competition was held as part of the fifth QazForum of Kazakh-language online content creators in the Kazakh capital that gathered more than 100 professionals from IT, media, the creative industry, and government representatives.

Thirteen emerging IT companies participated in the competition presenting their IT solutions to the jury panel led by Minister of Digital Development, Innovation and Aerospace Industry Bagdat Musin. The ideas ranged from online courses teaching the Kazakh language, speech technology services for business, audiobooks in Kazakh and the training of Kazakh language teachers. 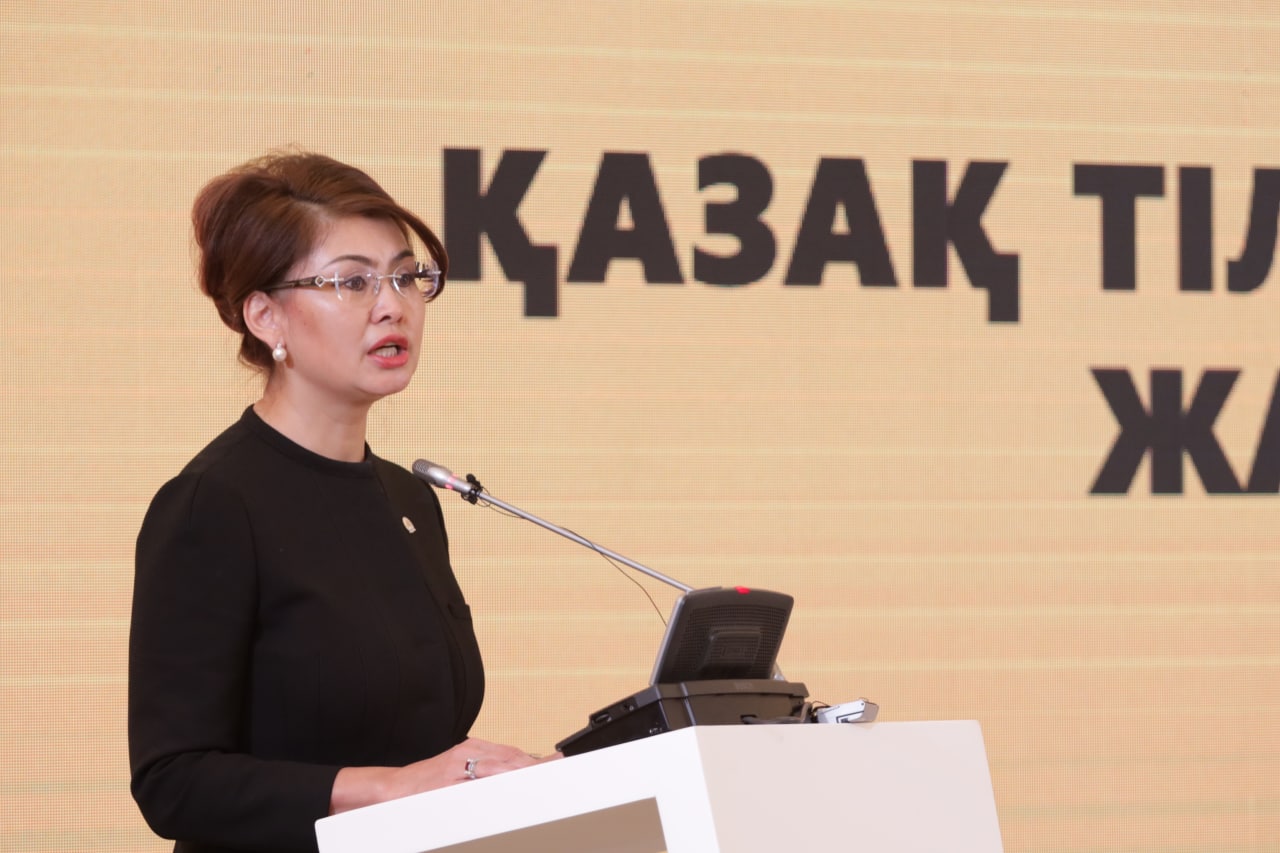 Qlang is a startup that represents a marketplace and online platform for learning Kazakh and other languages and won the competition receiving a cash prize of two million tenge (US$4,660).

Joo.kz startup, which is a service for university students that analyzes their national testing scores and recommends universities for future studies, was second receiving one million tenge (US$2,330).

A mobile application in Kazakh for pregnant women from all regions of Kazakhstan named On Moms was the third winner receiving 500,000 tenge (US$1,165). 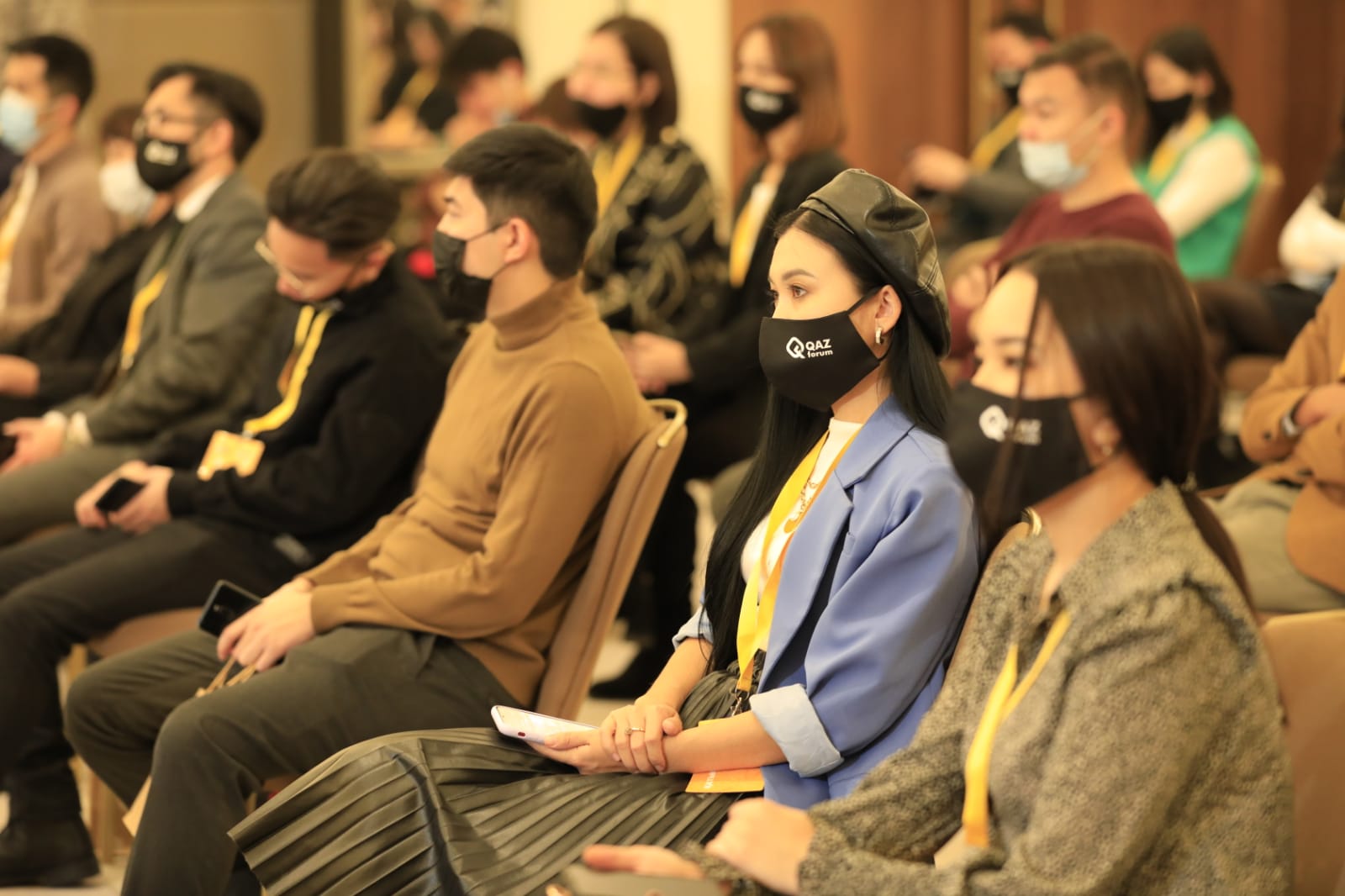 Musin said that “we need to break the stereotype that Kazakh is not the language of technology.”

“Last week we conducted the Astana Hub Battle among Kazakh start-ups as part of the Digital Bridge forum and today we have awarded the startups aimed at the development of the Kazakh language and Kazakh content. It is important to support such initiatives,” he added.

Opening the QazForum, which was organized with the support of the U.S. Embassy in Kazakhstan in a run-up to the anniversary of diplomatic relations, Kazakh Minister of Information and Public Development Aida Balayeva said that the creation of quality content in Kazakh language media is one of the priority areas for her ministry. The current share of Kazakh-language content in government-owned mass media is nearly 80 percent.

“If 10 years ago, there were only six websites distributing information in the state language, the situation is now completely different. From year to year, the number of Kazakh-language news websites and the audience is growing,” she said, noting the need for the continued professional growth of Kazakh journalists.

She also spoke about the impact of global digitalization on traditional media.

“This was especially evident during the pandemic last year. There was a huge flow of misinformation that was going on through various social networks and messengers, such as WhatsApp, Telegram, YouTube and Tik-Tok,” said Balayeva.