NUR-SULTAN – President Kassym-Jomart Tokayev is now in Brussels where he has met with President of the European Council Charles Michel, Belgian Prime Minister Alexander De Croo, and Belgium’s King Philippe on Nov. 25, reports the Akorda press service.  This is Tokayev’s first visit to Europe since the pandemic began. 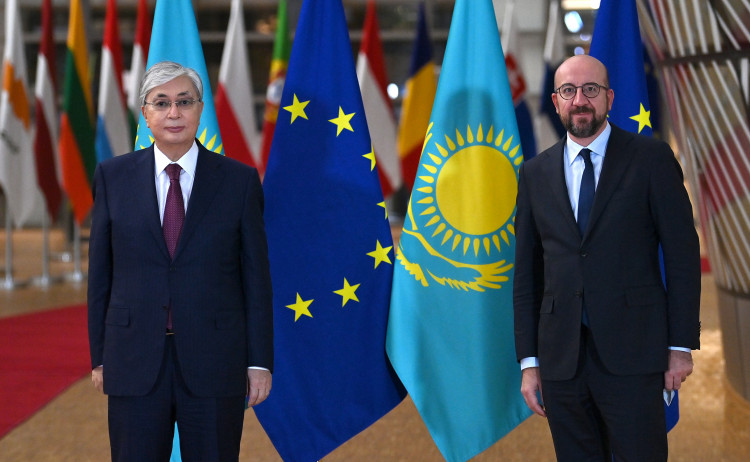 Tokayev and Michel discussed the prospects of strategic partnership between Kazakhstan and the European Union focusing on the implementation of the Enhanced Partnership and Cooperation Agreement that entered into force on March 1, 2020, that governs trade and economic relations between the European Union and Kazakhstan. Kazakhstan is the first Central Asian partner to have concluded such an agreement with the EU.

Tokayev commended the dynamic development of trade, economic, and investment relations, but both sides agreed that further cooperation is possible.

The EU is the biggest investor in the Kazakh economy with US$160 billion of investments so far. The total volume of bilateral trade amounts to $24 billion.

During the meeting, the sides also discussed the fight against coronavirus, including the mutual recognition of vaccines and vaccination passports.

Tokayev noted Kazakhstan’s readiness to cooperate in water and environmental issues. He underscored the need to set up an International Water and Energy Consortium that will balance the vital interests of the regional countries in the field of hydropower, irrigation, and environmental protection and spoke about his country’s readiness to establish a partnership with the European Raw Materials Alliance and the European Battery Alliance by ensuring reliable and sustainable access to raw materials as well as the integration of the country into the battery value chain.

During his meeting with Belgian PM Alexander De Croo, Tokayev said that Belgium is an important political and economic partner in the European Union for Kazakhstan and is the sixth-largest investor. 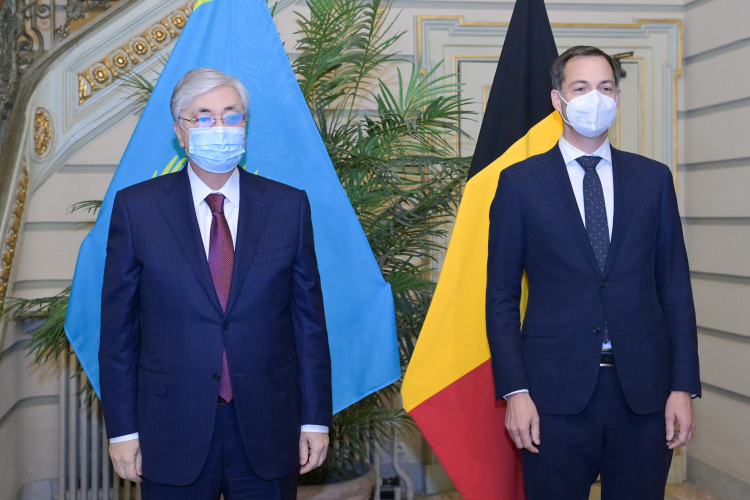 Since 2005, Belgian investments comprised $9.3 billion and despite the pandemic, the volume of mutual trade grew by 13 percent exceeding $300 million.

The sides discussed climate change in the context of the recently held COP26 summit in Glasgow, and the measures taken at the national level to achieve carbon neutrality as well.

During his visit, President Tokayev met with the Chair of Belgian company John Cockerill Jean-Luc Morange and the President of German company Svevind Group Wolfgang Kropp.

With Morange, Tokayev discussed the potential investment projects in Kazakhstan aimed at modernizing existing railway infrastructure and renewable energy sources, while with Kropp, he focused on the implementation of Hyrasia One green hydrogen project in the Mangistau Region.