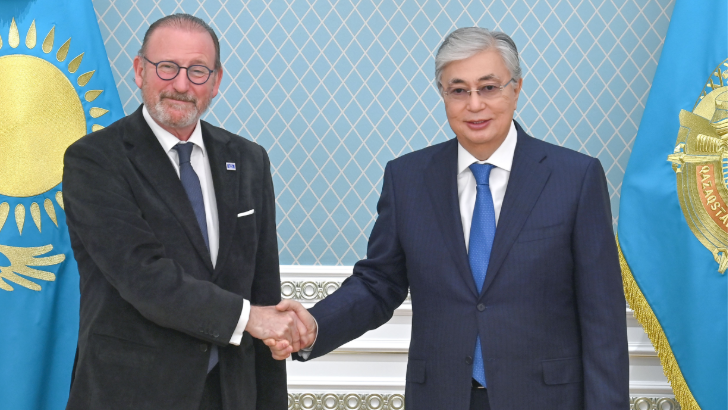 Daems met with President Kassym-Jomart Tokayev to discuss the ways to maintain a dialogue with PACE.

“I think your visit is very timely as it gives us an opportunity to summarize the progress that we have achieved and to work on new areas of cooperation,” said Tokayev welcoming Daems in Akorda.

Tokayev brought Daems up to speed on the implementation of democratic reforms in Kazakhstan aimed at strengthening human rights, the rule of law, and the fight against corruption.

During the meeting with Speakers of Senate and Majilis, the two chambers of the Kazakh Parliament, the sides noted the important role that PACE can play in helping Kazakhstan build effective democratic institutions and promote human rights in the country.

“The political reforms implemented on the initiative of the Head of State in Kazakhstan have a strategic nature, rather than a situational one. They are aimed at further democratization of the political system, provision of its openness, improvement of political competition, creation of necessary conditions for exercising the rights of citizens,” said Senate Speaker Maulen Ashimbayev. 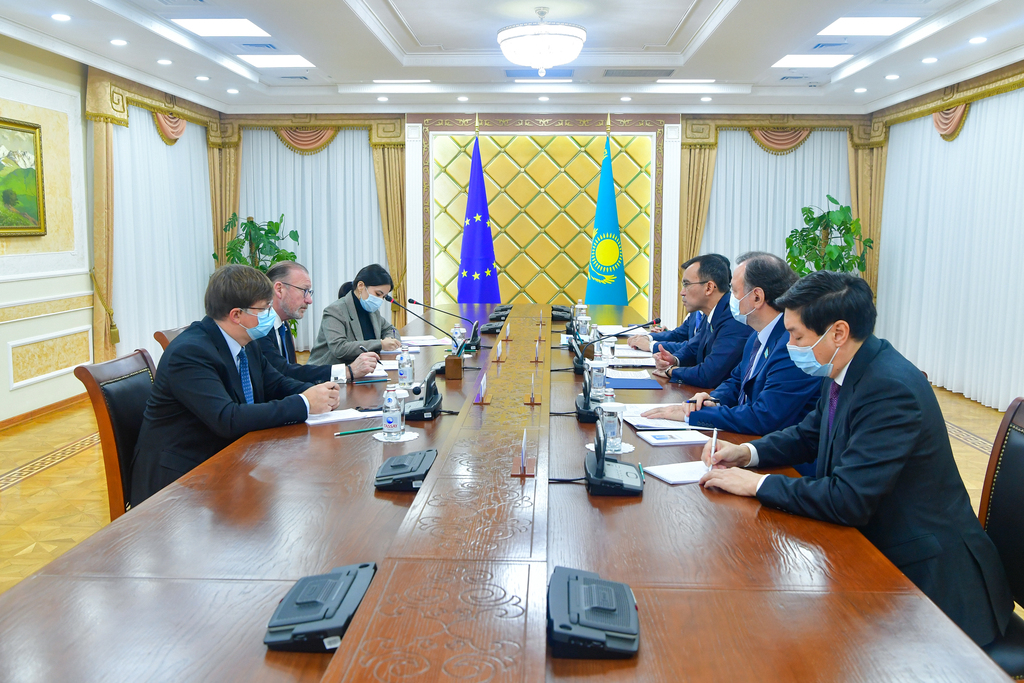 Daems and Ashimbayev during their meeting in the Kazakh Senate. Photo credit: senate.parlam.kz

They also agreed on the need to assess the effectiveness of the current cooperation agreement between PACE and Kazakhstan signed in 2004 and explore different options for enhanced cooperation.

Daems commended Kazakhstan’s decision to abolish the death penalty, which has been on moratorium in Kazakhstan since 2003, except for terrorism-related offenses and war crimes, and welcomed the statement made by President Kassym-Jomart Tokayev on full integration of the provisions of the Second Optional Protocol to the International Covenant on Civil and Political Rights into the Kazakh legal system.

Daems said that establishing a common legal space between Europe and Kazakhstan is also important and strongly encouraged the Kazakh officials to bring the national legislation in line with European standards, including joining Council of Europe Conventions, such as the Lanzarote Convention on the Protection of Children Against Sexual Exploitation and Sexual Abuse or the Convention on Action against Trafficking in Human Beings.

He also invited Kazakhstan to accelerate its accession to the Istanbul Convention on preventing and combating violence against women and domestic violence.

Rik Daems and the Head of the delegation of the Kazakh Parliament to the PACE Askar Shakirov summarized their commitments in a joint statement.

“Stressing the high efficiency of inter-parliamentary diplomacy, we express our interest in enhancing cooperation, expanding contacts, and deepening a trustful dialogue between the Parliament of Kazakhstan and the PACE. In this context, the readiness of Kazakhstan to consider accession to the Council of Europe’s Convention on preventing and combating violence against women and domestic violence, and participation in the PACE in a proper format is welcomed,” reads the statement.