By Saniya Bulatkulova in Business on 11 November 2021

NUR-SULTAN – The rate of economic recovery has increased to 3.5 percent over the past ten months, said Kazakh Prime Minister Askar Mamin at the government session on Nov. 10, reports the Kazakh Prime Minister’s press service. The members of the session discussed the outcome of the country’s socio-economic development and the implementation of the national budget for January-October 2021. 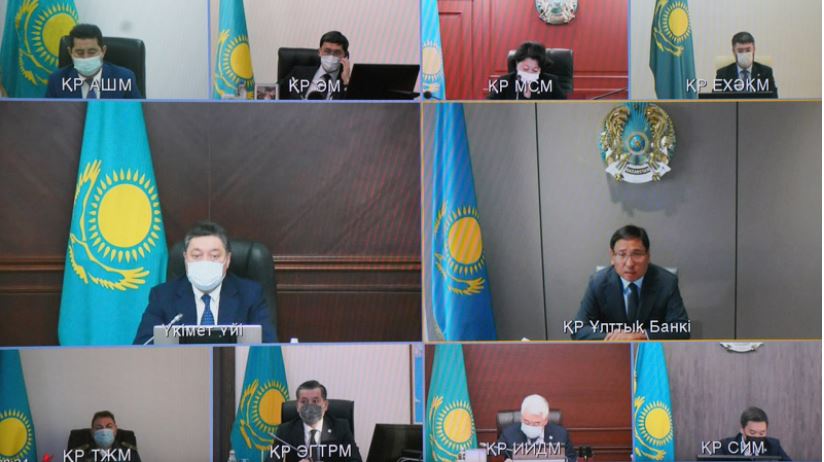 As Mamin stressed, the national economy continues to maintain a strong growth rate. Based on the last ten months’ results, GDP has grown 3.5 percent.

Due to gradual easing of quarantine restrictions, the service sector is recovering with 3.4 percent growth thanks to the high pace in communications services (+12.9 percent) and trade (+9.5 percent).

The construction industry has also grown by 7.6 percent. 11.6 million square metres of housing have been put into operation so far over the last ten months, which is 7.9 percent higher compared to the data for the same period in 2020.

The investment sector continues to recover gradually, rising to 2.5 percent, and excluding mining — at the level of 14 percent.

According to the results of January-October of this year, the Almaty and Zhambyl regions, and the cities of Nur-Sultan and Shymkent ensured the growth in socio-economic development in all seven key macro-indicators.Akmola, Aktobe, Atyrau, East Kazakhstan, Kostanai, Mangystau, Pavlodar, Turkistan regions and Almaty — in six indicators. Kyzylorda and the North Kazakhstan regions — in five indicators.

The lowest rates were reported in the Karaganda and West Kazakhstan regions.