By Zhanna Shayakhmetova in International on 9 November 2021

GLASGOW – What are the possible outcomes of the UN Climate Change Conference of the Parties (COP26)? What are the key findings of the newly released reports on climate change? Why is environmental awareness important in education? 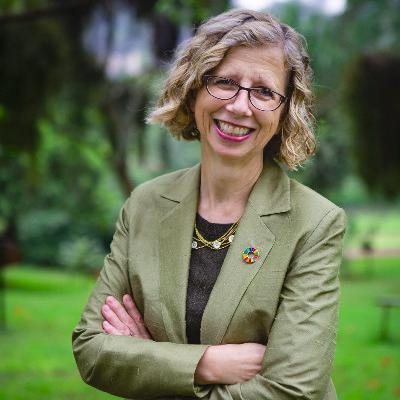 The Astana Times spoke with UN Under-Secretary-General and Executive Director of the UN Environment Programme (UNEP) Inger Andersen to learn more about these issues as the COP26 summit enters its final week.

Economist and environmentalist Andersen has extensive experience in international development economics, environmental sustainability and strategy. Now Andersen heads the UNEP office, which serves as an authoritative advocate for the global environment.

Responding to climate change is one of the goals of the COP26 summit. “We need to ensure that the promises, the pledges and the commitments we make that we deliver on them,” Andersen said. “We are looking for greater ambition, but inside of that ambition, we are looking for delivery and action. It’s easy to make the commitments. It’s harder to live, to deliver the change.”

Mobilizing finance is also one of the goals of the COP26. Developed countries were expected to mobilize at least $100 billion in climate finance per year by 2020. “We’ve reached $78 billion. But we need to get to a hundred and we need to understand that that is the floor, not the ceiling,” Andersen explained. 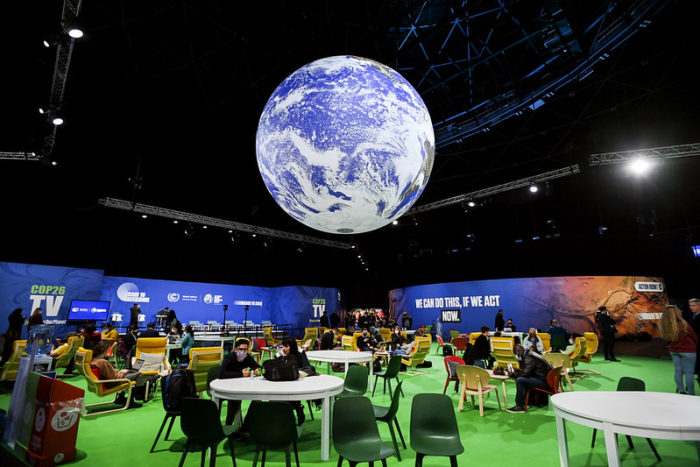 The action zone and globe at the Scottish Exhibition Centre in Glasgow, where the COP26 is taking place. Photo credit: Karwai Tang/ UK Government.

“We want to see finalization, what is referred to as a Paris Rulebook, article six, dealing with carbon markets, and general issues related to carbon markets. It’s important because that’s one of the ways that we will generate the finance to ensure that the transition can be just, and that it can be equitable, but also that it can be expedited,” she said.

The Adaptation Gap Report looks at how the world is doing in adapting to the impacts of climate change. “We need to support, especially the poor countries to help them live with climate change, to be more resilient. It means smarter infrastructure and it means creating infrastructure that can withstand high winds or deal with inundations and flooding, or investing in green infrastructure so that we can have the coral reefs, the mangroves, the coastal forests that are like the natural protectors of human settlements,” Andersen explained.

The recent report shows that 71 percent of countries have adaptation plans in place, and how these plans should be funded.

According to the 2021 Emissions Gap Report, the Nationally Determined Contributions (NDCs) take 7.5 percent off predicted 2030 emissions, while 55 percent is needed to meet the 1.5-degree Paris goal

The bigger emitters have to show leadership as they are responsible for 78 percent of all carbon emissions.

Environmental awareness from kindergarten through high school is essential. University opportunities to study environmental sciences, environmental engineering, toxicology, biology and architecture with an understanding of sustainability are also important.

Andersen said that the British government has done everything to make COP26 happen and make this as safe as possible. “The city of Glasgow has opened its doors to the world. It is my first time here, and I feel very welcome. There’s a strong sense of pride in the Glasgow population that they are the hosts to this conference,” she added.

It should be noted that the Kazakh government made commitments to scale up clean energy as 23 countries also did at the conference. Kazakhstan also joined the Declaration on Forests and Land Use for sustainable land use and protection of ecosystems.