By Assel Satubaldina in Kazakhstan Region Profiles: A Deep Dive Into the Heart of Central Asia, Nation on 5 November 2021

NUR-SULTAN – Kazakhstan’s monotowns produce nearly 40 percent of the country’s total industrial output, said President Kassym-Jomart Tokayev during his working visit to the city of Ekibastuz in the Pavlodar Region that began with a national meeting on the development of single-industry towns.

There are 89 cities in Kazakhstan, and 27 of them are monotowns, whose economy is dominated by a single industry. 1.4 million people live in these cities.

“Large enterprises in the oil and gas, metallurgical, chemical, and energy industries are concentrated there. However, many socio-economic and environmental problems remain unresolved in these cities. Diversification of the economy of single-industry towns is extremely important. The development of other industries and the creation of new jobs is a very urgent task,” said Tokayev.

Single-industry towns in Kazakhstan have different development prospects and oscillate between sustainable economic growth to deep stagnation. But some of them, including Ekibastuz, have managed to adapt to the market and diversify their economy. Tokayev said that “the imbalances in the development of single-industry towns are obvious.” 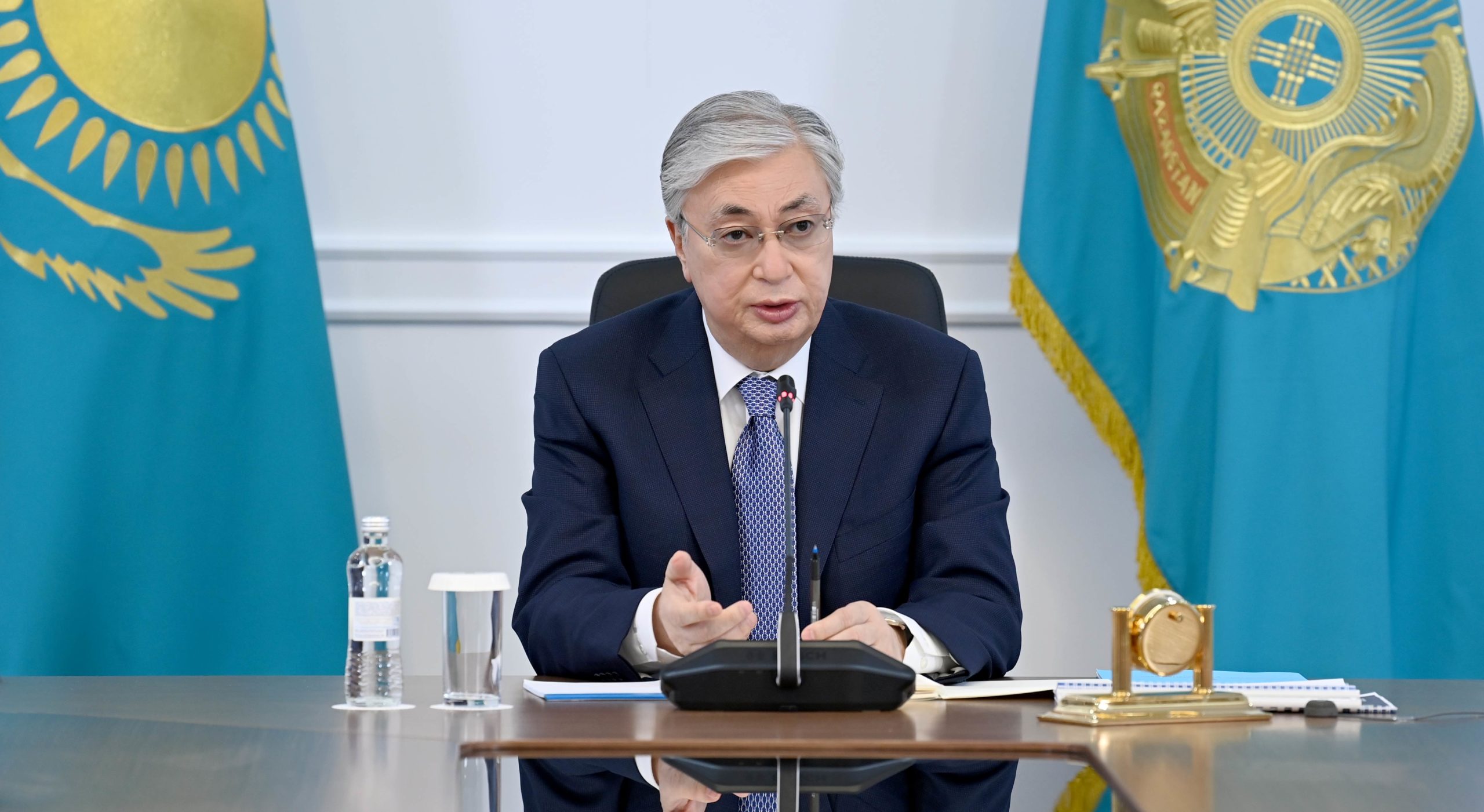 He suggested dividing monotowns into three categories based on their potential. But this requires a comprehensive analysis, according to him, which should become part of the country’s territorial development plan and regional development plans and be ready by March 1 of next year.

Like big cities, monocities will benefit from the development of small and medium-sized businesses and projects that aim to create and expand existing production facilities to diversify production and create jobs. There are 79 such projects worth two trillion tenge (US$4.6 billion) being implemented.

Migration outflow in monotowns is also an issue that needs to be addressed, though it is hard to prevente, according to Tokayev. Since 1999, the population in monotowns has decreased twofold from 3 to 1.5 million. “It is the economically active population, particularly youth, that is leaving,” said Tokayev.

At the same time, the share of the elderly population is more than 11 percent, when the average across the countries is 7.8 percent.

“The migration processes both within the country and monocities should be controlled. We cannot afford to wait until the potential of these cities depletes,” said Tokayev, noting the need for incentives for people to stay or relocate to these low-potential towns.

As part of his working visit to Ekibastuz, the second biggest city in the Pavlodar Region, Tokayev also launched a FerroTransTrade plant to produce rail fasteners – elastic clips, bolts and screws. 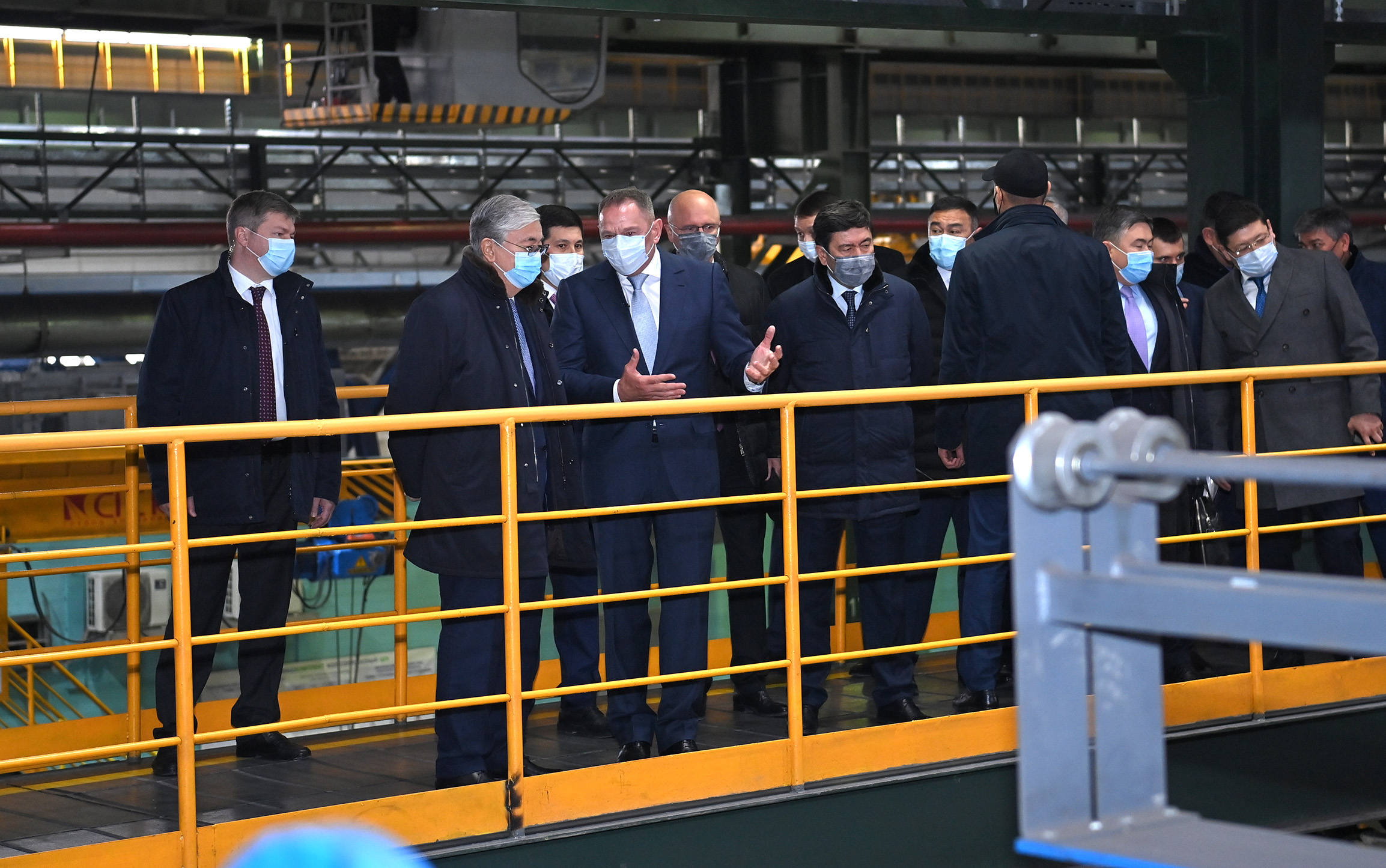 The management of the new plant shows the production to Tokayev. Photo credit: Akorda

“Ekibastuz has become the center of the country’s railway engineering. The city’s enterprises account for 73 percent of the region’s production. Every year they manufacture products worth 85 billion tenge (US$197.8 million), 70 percent of which is exported,” said Tokayev.

After reaching its full design capacity, the new plant will provide the country with domestically produced clamps and screws for Kazakhstan Temir Zholy national railway company.

“I am sure that the enterprise will become the leading manufacturer of component parts and will increase the competitiveness of the domestic machine-building industry,” said the President.