By Zhanna Shayakhmetova in Central Asia, International on 4 November 2021

GLASGOW – Kazakhstan and Tajikistan signed the Charter of the Green Bridge Partnership Program on Nov.2 at the Central Asian pavilion as part of the 26th session of the Conference of the Parties to the UN Framework Convention on Climate Change (COP26) in Glasgow. 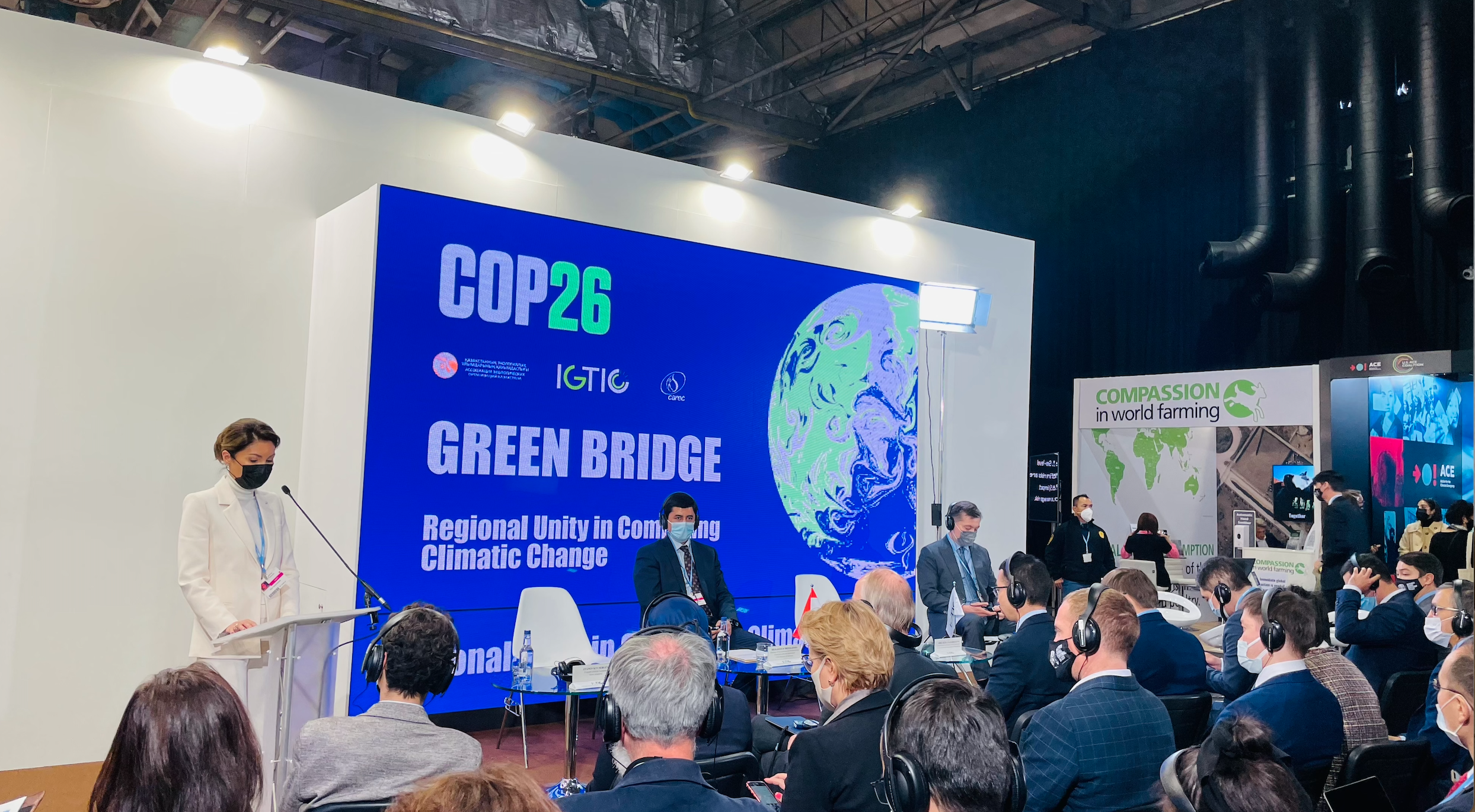 The partnership program serves as a platform for developing collective approaches to address the climate challenges of the region.

Kazakhstan initiated the Green Bridge partnership program for Central Asian countries to preserve the environment in the region in 2010. The idea belongs to Kazakhstan’s First President Nursultan Nazarbayev.

“It is impossible to implement a plan to save the regional ecosystem without cooperation with neighboring countries, and without the support of international institutions. Due to this, the program for promoting the Green Bridge program 2021-2024 has been developed,” Chairperson of the Presidium of Kazakhstan’s Association of Environmental Organizations Aliya Nazarbayeva said in her opening remarks. 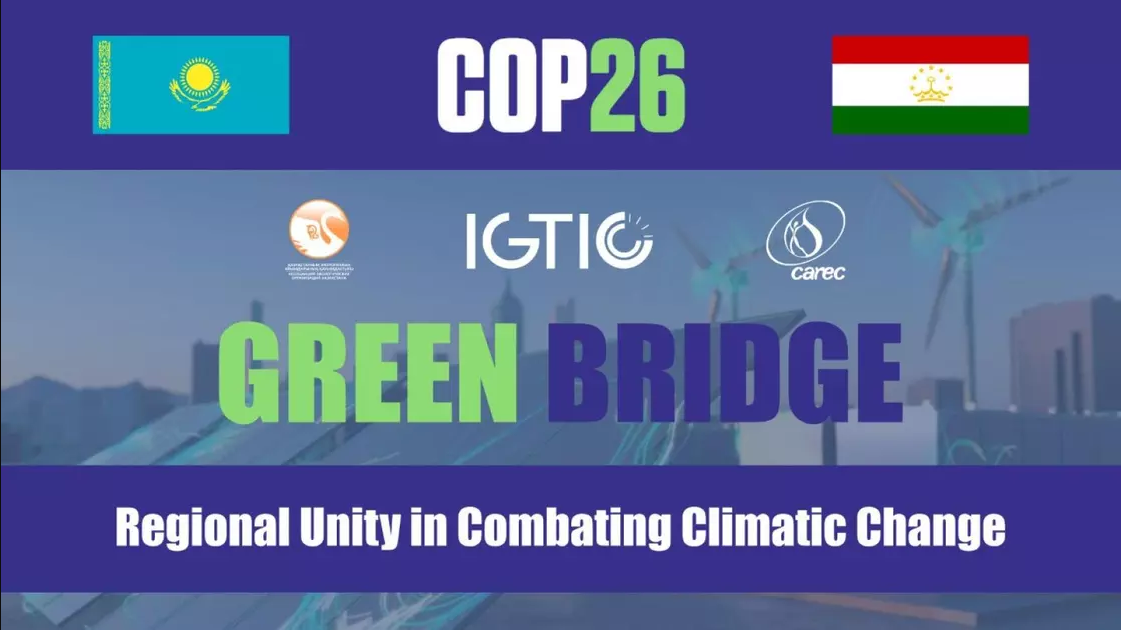 Nazarbayeva noted that Kazakhstan is ready to take the lead in the transfer of green technologies, and to serve as a coordinator in Central Asia for clean technology development. The Central Asian climate hub will develop a single regional environmental agenda reflecting the mutually beneficial goals of achieving sustainable development in Central Asia.

“Today we should think beyond borders and state interests. This is a common task. The association unites efforts within our country and we urge the states to unite efforts to preserve our common home,” she said.

Chairman of the Committee for Environmental Protection of the Tajik government Bahodur Sheralizoda also called to strengthen collaboration on climate change.

Tajikistan ranks first among Europe and Central Asia in the Climate Change Vulnerability Index. “Considering the existing issues and new risks, climate change will act as a barrier for Tajikistan to achieve progress in its priority areas,” he added.

Kazakh Minister of Ecology, Geology and Natural Resources Serikkali Brekeshev spoke about the country’s plan to lower emissions and its new environmental code at the event.

Brekeshev noted that most of the environmental issues are of a transboundary nature, and therefore the reduction of climatic and environmental risks is a joint task for all countries.

According to Henning Wuester, the Director of Initiative for Climate Action Transparency (ICAT), the Central Asia region is facing huge challenges to fighting climate change but it would be feasible.

Wuester said that Kazakhstan is playing an excellent role in becoming a leader on climate action, and green development as a whole. “It is an excellent announcement that Kazakhstan wants to take along its neighbors to make a hub for the whole region. It is much easier to move forward together. And I think that will be beneficial to Kazakhstan, and to the region as a whole.”

Alessandra Fidanza, an international expert on environment and climate change, emphasized that Central Asia is the front runner that shows to the world how to deal with day by day climate action.

“Composed of five countries, Central Asia is represented as one region speaking with one voice. This is an amazing achievement. The pavilion is a great opportunity for all Central Asian countries to showcase how good they are, how advanced they are, because the world needs to know what Central Asia is already doing and also the opportunities that are represented in Central Asia for multilateral cooperation, for investments, for advancing in climate action,” Fidanza told The Astana Times.

She reminded that the G20 summit held in Italy made a call for multilateralism. In this regard, Central Asia is a good example.

Earlier, Kazakh Prime Minister Askar Mamin presented the country’s carbon neutrality strategy at the World Leaders Summit, which was held at the COP26.

The transition to low-carbon is expected in three key directions, reported the Samruk Kazyna National Welfare Fund. First, diversification of the energy will be combined with alternative energy sources, including hydro, wind, solar and bio, as well as the development of smart grid technologies and energy storage systems. Second, the carbon intensity of the operations will be reduced. The fund and its portfolio companies are currently developing the projects’ pipeline for reaching decarbonization targets. Third, the green mindset and awareness will be a priority.

Transitioning to low-carbon is seen as a responsible investment and an opportunity to increase long-term value, while carbon quotas and offset trading may present a potential additional source of revenue.