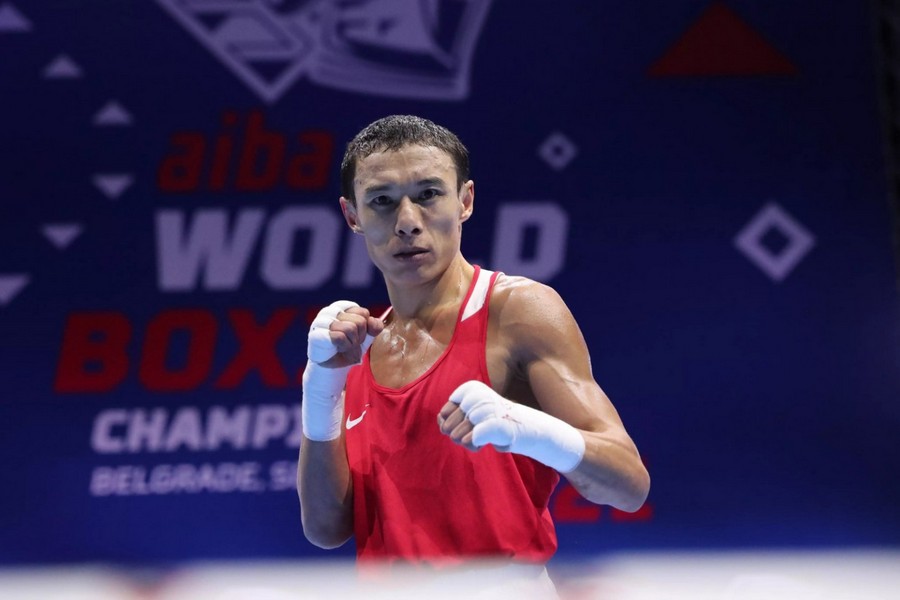 Temirtas Zhussupov claimed the first gold medal by topping Wuttichal Yurachai from Thailand. A 33-year-old boxer won the fight with a knockout in the third round in the men’s minimum weight category (48 kilograms).

“It was my dream to become a world champion and at the end of my career I fulfilled my goal,” said Zhussupov to Vesti.kz. Zhussupov is five times Kazakhstan champion. At the 2019 Asian Championships in Bangkok, he won a bronze medal.

On the final day of the AIBA World Championship, Saken Bibosinov won Kazakhstan’s second gold medal against Roscoe Hill from the United States. Bibosinov defeated his opponent by unanimous decision with a 5:0 score in the flyweight category up to 51 kilograms. 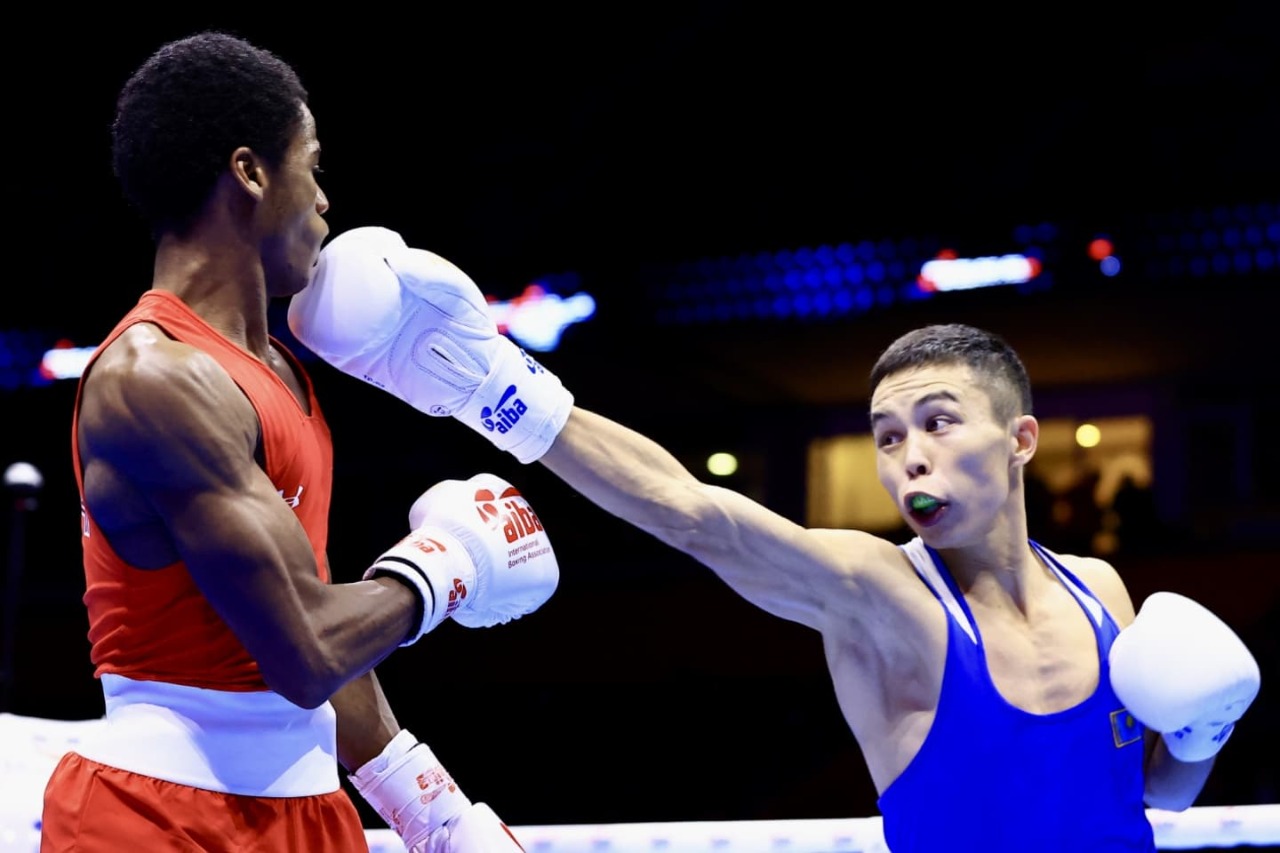 Bibosinov won a bronze medal at the Tokyo 2020 Summer Olympics earlier this year. His coach Myrzagali Aitzhanov said “it was very difficult to climb to the top again after the Olympics. After the games in Tokyo we rested for two weeks and then resumed training. I asked Saken if we should participate (referring to AIBA World Championship)? Maybe it’s better to rest? – to which he replied that he should compensate for the defeat at the Olympics,” reports Olympic.kz.

In his Instagram account, Bibosinov wrote that “it was my dream to sing our anthem in Tokyo and raise our blue flag to the sky. Thank God, that dream came true today.” 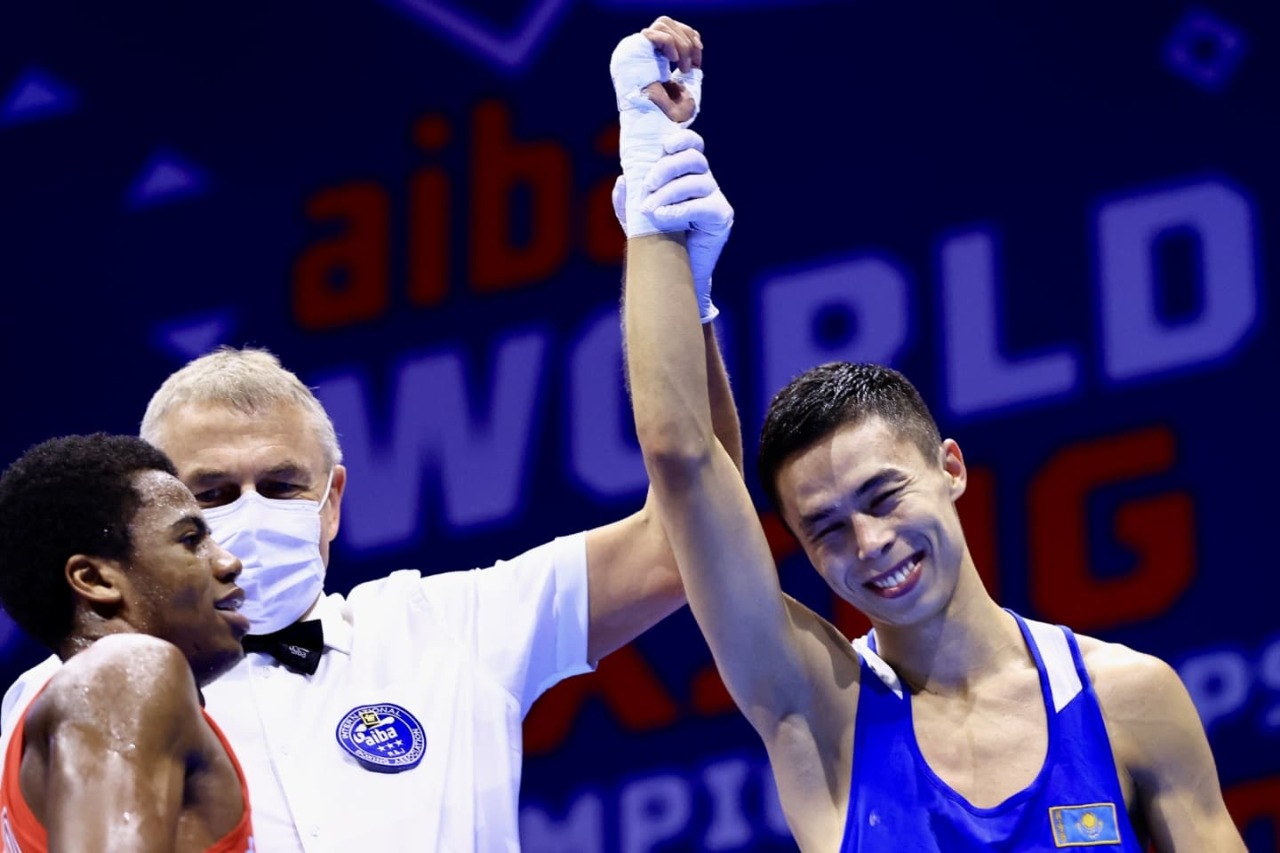 In the previous AIBA World Championship in 2019 he was a bronze medalist.

In the finals for under 54 kilograms, Makhmud Sabyrkhan settled with a silver medal, losing to Japan’s Tomoya Tsuboi. Russian media noted Sabyrkhan’s unique fighting style and even compared him to the world champion from Ukraine – Vasiliy Lomachenko calling Sabyrkhan “the Kazakh Lomachenko.”

Serik Temirzhanov (57 kilograms) fought for gold with Jamal Harvey from the United States and lost by unanimous decision, netting Kazakhstan a silver medal in the end.

Captain of the Kazakh national boxing team Ablaikhan Zhussupov (67 kilograms) settled for bronze. His opponent Sewonrets Okazawa from Japan defeated him by split decision. Representatives of the Kazakhstan Boxing Federation filed a protest, which, however, did not change the result.

This year is the first time that a financial prize was granted at the AIBA World Boxing Championship. The prize money for gold medalists is $100,000, silver medalists will receive $50,000 and bronze medalists will earn $25,000 each.

The next AIBA Men’s World Boxing Championships will take place in 2023 in Tashkent, Uzbekistan.