By Saniya Bulatkulova in Society on 16 November 2021

NUR-SULTAN – Some 600 children with autism and other mental challenges have received the opportunity to go to schools as part of the Every Child Deserves a School project initiated by the Bolashak Corporate Fund, reports the fund’s press service. 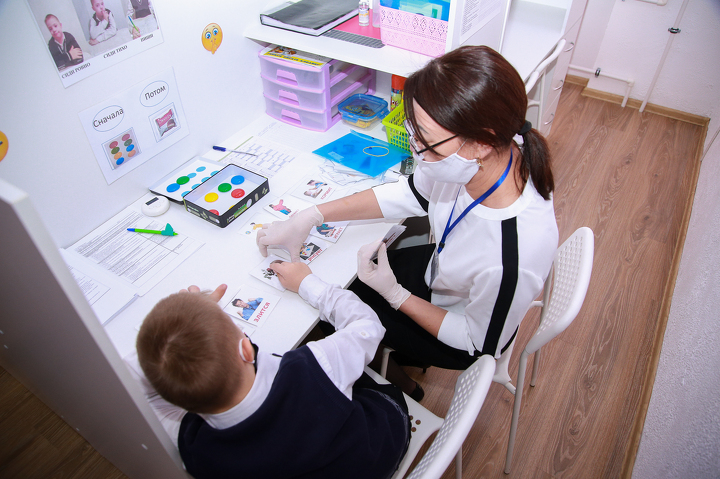 Any specialist, who has pedagogical education, may become a teaching assistant according to the Fund’s director Dinara Chaizhunusova. Photo credit: forbes.kz

As a result, 90 percent of children with speech disorders have learned to talk and 50 children have won school, city and regional competitions. Nearly 2,000 parents and specialists have been trained in inclusive education and applied behavioral analysis.

According to the fund, the position of teaching assistant was officially introduced at schools only last year, while its inclusion in the list of school positions began as early as 2016 as part of the project.

The teaching assistant  is a highly valued position in inclusive education as the teacher helps pupils during the learning process in the classroom and in inclusion support rooms, corrects their behavior and develops the socialization and communication skills of the child.

Previously, specialists had to work as educators, speech therapists, and psychologists until 2020, but they have been officially employed as school teachers for over a year. 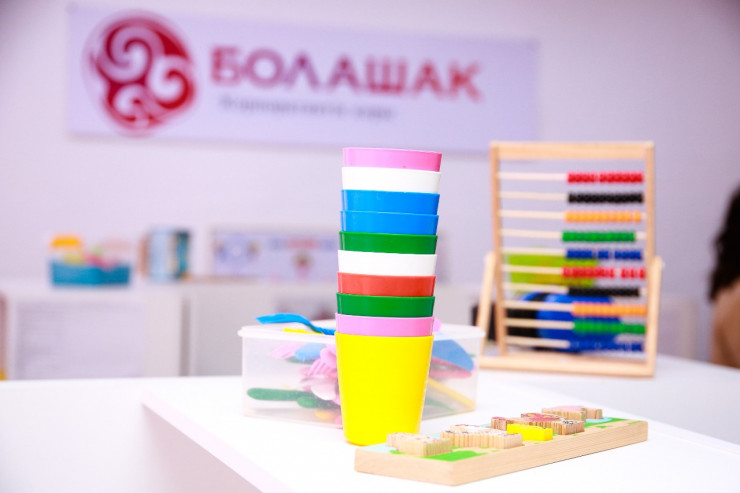 According to the Ministry of Education and Science, there are 6,771 children with autism in Kazakhstan. Photo credit: bolashakcharity.kz

Zamzagul Mukanova, who has been working as a teaching assistant in the capital school-lyceum №88 since 2019, guides second-grade pupil Alibek. He came to the inclusion support room without learning skills and with maladaptive behavior patterns.

A year later, he had learned to read and write, socialize and started to attend five-six classes in a row per day in the usual classroom setting accompanied by Mukanova.

“We find an individual approach for each child according to the diagnosis, the skills and the character. We also have to become friends with the child, feel the change in his mood and state. We will not be able to work with children in an order-like manner, but we can negotiate with them. In addition to pedagogical education and special skills of work with children, the teacher should have intuition, which helps predict many things ahead,” said Mukanova about features of her work.

The fund’s director Dinara Chaizhunusova stated that all teaching assistants work under individual programs developed by the foundation’s supervisors.

“There is a special course for quality work with children, which was set up to improve the competence of teachers. It is the only course on ABA therapy for today, which is approved by the Ministry of Education and Science. More than 1,200 specialists from 15 country regions are being trained in it,” said Chaizhunusova to inbusiness.kz.