NUR-SULTAN – Beknur Zhanibekuly and Alinur Khamzin will represent Kazakhstan at the Junior Eurovision Song Contest in Paris after they won the national selection, reported the competition’s press service. 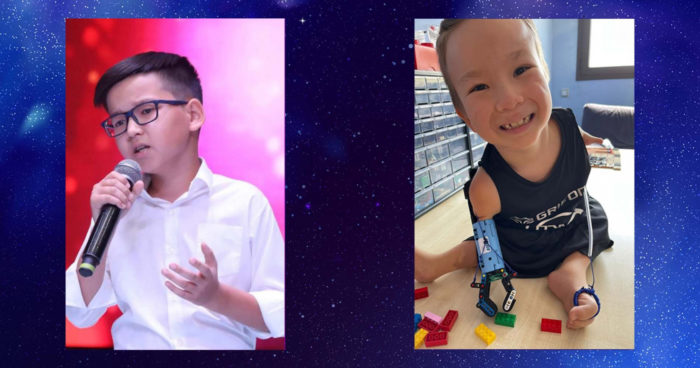 Zhanibekuly and Khamzin will perform “Ertegi Alemi” (The World of Fairytales) song.

Overall, 10 singers took part in the audition, which was held in the Kazakh capital. The winner is determined by a combination of 50 percent of public voting and 50 percent of jury voting.

Native of Uralsk Khamzin, 11, is a participant and winner of various vocal competitions. Zhanibekuly is a child with special needs. He is from Nur-Sultan, but now lives in Strasbourg where his father works as a diplomat.

Kazakh artists joined the Junior Eurovision Song Contest in 2018, “but has already built up quite an impressive track record,” reported the release.

This year Paris will host the 19th Junior Eurovision Song Contest after French singer Valentina Tronel’s victory in Poland last year. The event will take place on Dec.19 at the La Seine Musicale, a concert hall located on the Seine river. The slogan of the contest is “Imagine,” which echoes Valentina’s song.