For centuries faith has offered comfort to people during difficult times. This has also been the case during the COVID-19 pandemic. Over the past 18 months many have turned to religion for support. 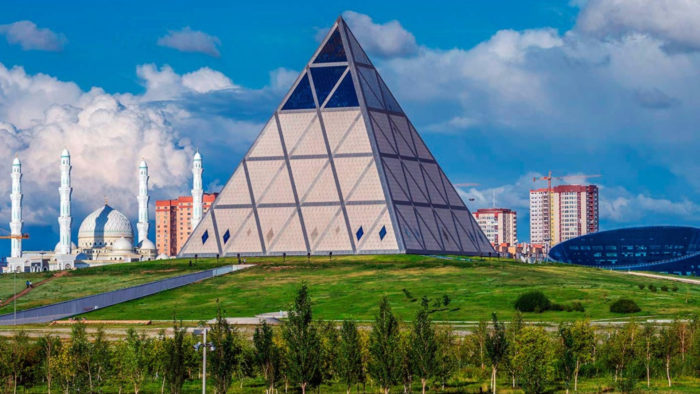 For example, physical sales of the Bible have increased, while Google Play’s most popular Quran app saw record high downloads. According to a survey in the U.S., almost one in three said that the COVID-19 pandemic made their religious faith stronger. This is the power of religion and it is why more than 60% of the world’s population follows a particular faith.

Unfortunately, religion has also been exploited to sow divisions. Instead of bringing people together and encouraging them to act decently towards each other, it has been abused to fuel suspicions and hatred.

It is well known that over the past few decades, extremists and fundamentalists have frequently tried to hijack religion for their own inhumane purposes. This remains an ongoing battle.

Just recently, Afghanistan once again went through a violent change of power. The country has suffered tremendously over the last few decades, not least because of hard-line religious extremism. Earlier this year, the world witnessed a flair-up of devastating violence between Israel and Palestine. Religion is often the proxy for those disputes, pitting two different ethnicities and religions. It is for this reason that tensions in the Middle East tend to flare around religious holidays, both Jewish and Muslim.

It is a disheartening statistic that more than half of the global wars over the past century have had religious overtones. Yet it is also hard to deny that while religion is often used as a motif, the real cause of conflicts are frequently political disputes, personal ambitions, economic, clan, and private interests, as well as the desire for power and domination.

The double-edged sword of religion and its tangled relationship with politics and power is precisely why it is crucial for religious leaders to ensure that faith remains anchored to kindness, compassion, and support – qualities that make it an indispensable part of our life. Religious leaders also have the authority and influence to contribute to the resolution of conflicts around the world, but it is imperative to promote dialogue between them.

This is why the role of the Congress of Leaders of World and Traditional Religions is so important. It was initiated by Kazakhstan’s First President Nursultan Nazarbayev in direct response to the rise in religious tensions and extremism following the 9/11 terrorist attack, the 20th anniversary of which the world commemorated last month, to create the opportunity for religious leaders to work together to prevent religion being used to divide people, communities and nations, as well as to discuss how religion can contribute to the resolution of the many challenges the world faces and ensure that faith is a force for good.

Since its inception, the Congress has facilitated global dialogue between religions and nations and played a major role in promoting mutual understanding and respect in societies and countries. For instance, the messages of Congress contributed to the adoption by the 62nd session of the UN General Assembly of a resolution declaring 2010 as the International Year for the Rapprochement of Cultures.

Over nearly two decades, the Congress, which takes place triennially in Kazakhstan’s capital Nur-Sultan, has grown in its influence and authority. The number of participating delegations in its sessions has almost quintupled from 17 in 2003, when the Congress was first established, to 82 in 2018. It has given religious leaders of various denominations the opportunity to jointly discuss and figure out solutions to difficult situations. During the last Congress in 2018, views were exchanged on the rapprochement of cultures and civilisations, as well as strengthening security and measures to combat extremism and terrorism.

On October 5-6, 2021, Nur-Sultan is hosting a meeting of the 19th Secretariat of the Congress to discuss the preparations for the 7th Congress of Leaders of World and Traditional Religions next year and the significance of the Congress in the context of post-pandemic development.

Undoubtedly, the resolution of global challenges cannot be achieved without the participation of political leaders. For this reason, it is most welcome that previous attendees included the then UN Secretary-General Ban Ki-moon, King Abdullah of Jordan, Presidents Sauli Niinistö of Finland and Aleksandar Vučić of Serbia, among others.

Despite many sceptics, adherents of different faiths and cultures can co-exist peacefully together. We don’t have to look far to find success stories. Kazakhstan’s history and geography have combined to shape a society where over 140 ethnicities live within our borders, including Kazakhs, Russians, Uzbeks, Uighurs, Ukrainians, Germans, Turks, Koreans, Poles, Azerbaijanis, Armenians, Tatars and others. Some 18 religious denominations are represented with approximately 3,800 religious associations.

Despite this diversity, Kazakhstan has enjoyed social and political stability since its independence exactly 30 years ago. If it can achieve this, so can any other country. But to do this it is necessary to create opportunities for enhanced dialogue between representatives of different cultures and religions and deepen and strengthen mutual understanding and respect among different religious communities. These are the objectives of the Congress.

The global nature of the COVID-19 pandemic has taught us that we must work together to overcome severe challenges. There is no room for conflicts. Therefore, it is vital for the Congress of the Leaders of World and Traditional Religions to perform its work and to provide a platform for delegations from all over the world to deliberate how this can be achieved.