NUR-SULTAN – As the vaccination effort continues in Kazakhstan, 7.2 million of the country’s 19 million population have been fully immunized against the virus, while 8 million have received at least one dose, reports the Kazakh Healthcare Ministry. 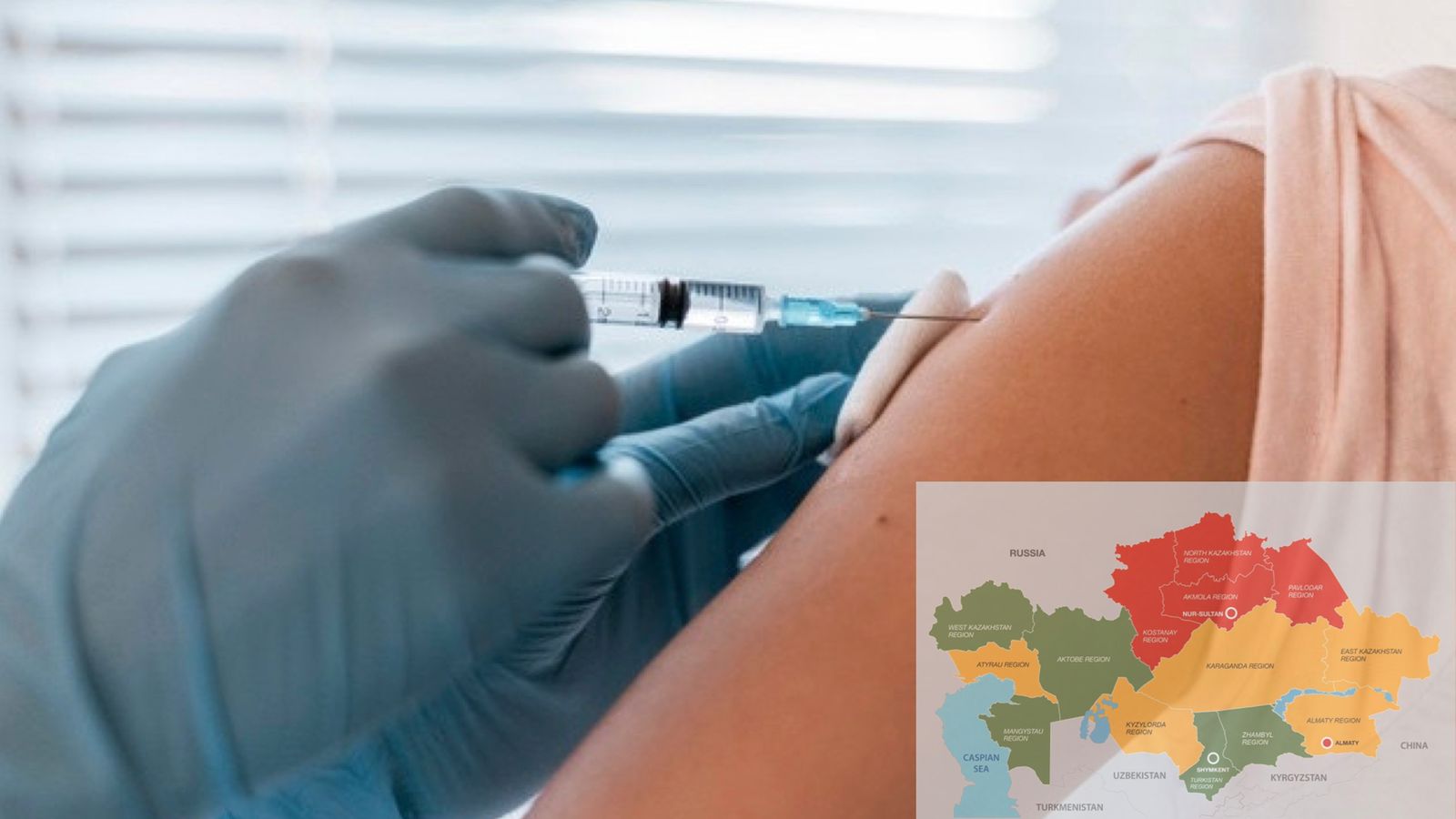 On Oct. 13, the government decided to increase the eligible population for vaccination from 9.9 million to 11.4 million, which, in accordance with WHO recommendations, will make it possible to achieve a collective immunity level of 60 percent.

Overall, the morbidity over the past two weeks has decreased by 17 percent.

As of Oct. 20, the red zone includes the cities of Nur-Sultan and Almaty as well as Kostanai, Pavlodar, Akmola, and the North Kazakhstan regions.

in the yellow zone, there are Almaty, Atyrau, Karaganda, Kyzylorda and, the East Kazakhstan regions, and in the green zone, there is the city of Shymkent, as well as the Aktobe, West Kazakhstan, Turkistan, Zhambyl, and Mangistau regions.

As the country sees further stabilization of the epidemiological situation, the work to close the temporary infection facilities continues. From Aug. 25 to Oct. 18, 103 facilities have been closed.

Vaccination against influenza also continues in the country with nearly 1.38 million receiving a jab.

Easing of the quarantine

As the epidemiological situation gradually stabilizes and the coverage by vaccination exceeds 70 percent of the eligible population,  the government decided to ease the quarantine restrictions from Oct. 20.

From now on, citizens can visit patients of medical and social facilities, including nursing homes and child care centers, if visitors provide the vaccination document or a negative PCR test taken no more than three days prior.

Night clubs, which had to suspend their work when the pandemic began in March 2020, can now resume their work, but will only be open for people, who are either vaccinated, recently recovered from COVID-19, or have a negative PCR test.