NUR-SULTAN – President Kassym-Jomart Tokayev reaffirmed Kazakhstan’s commitment “to global efforts to combat climate change and the targeted action as part of the Paris Agreement” on Oct.7 at the fourteenth KazEnergy Eurasian Forum. 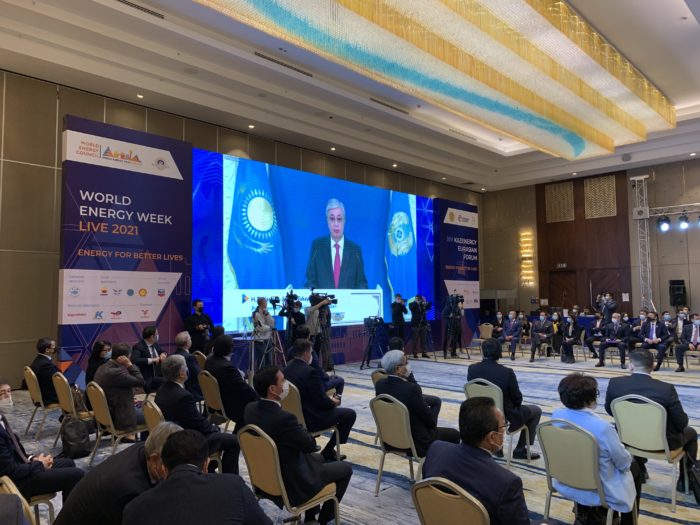 The KazEnergy Eurasian Forum and World Energy Week took place in a digital format on Oct. 4-7 in Nur-Sultan.

Tokayev noted that the forum provides an opportunity for experts to share their vision on current trends and forecasts, with a common agenda to address global challenges ahead of the COP26 climate conference in Glasgow in late October.

The world has entered a new phase of development when global energy begins to shift from fossil fuels to renewables, hydrogen and nuclear.

“I mandated the government to reach a 15 percent share of renewables in energy generation by 2030. So far, around 2000 megawatt of renewables have been commissioned and Kazakhstan is well underway to reaching this goal. But to reach carbon neutrality, committing to renewables is not enough on its own,” the President said in his video statement.

Earlier, it was announced that Kazakhstan will launch a national 2060 carbon neutrality concept in October.