NUR-SULTAN – President Kassym-Jomart Tokayev addressed the CIS Heads of State Council meeting on Friday, Oct. 15 emphasizing the need for stronger cooperation and assistance to the people of Afghanistan, reports the Akorda press service. 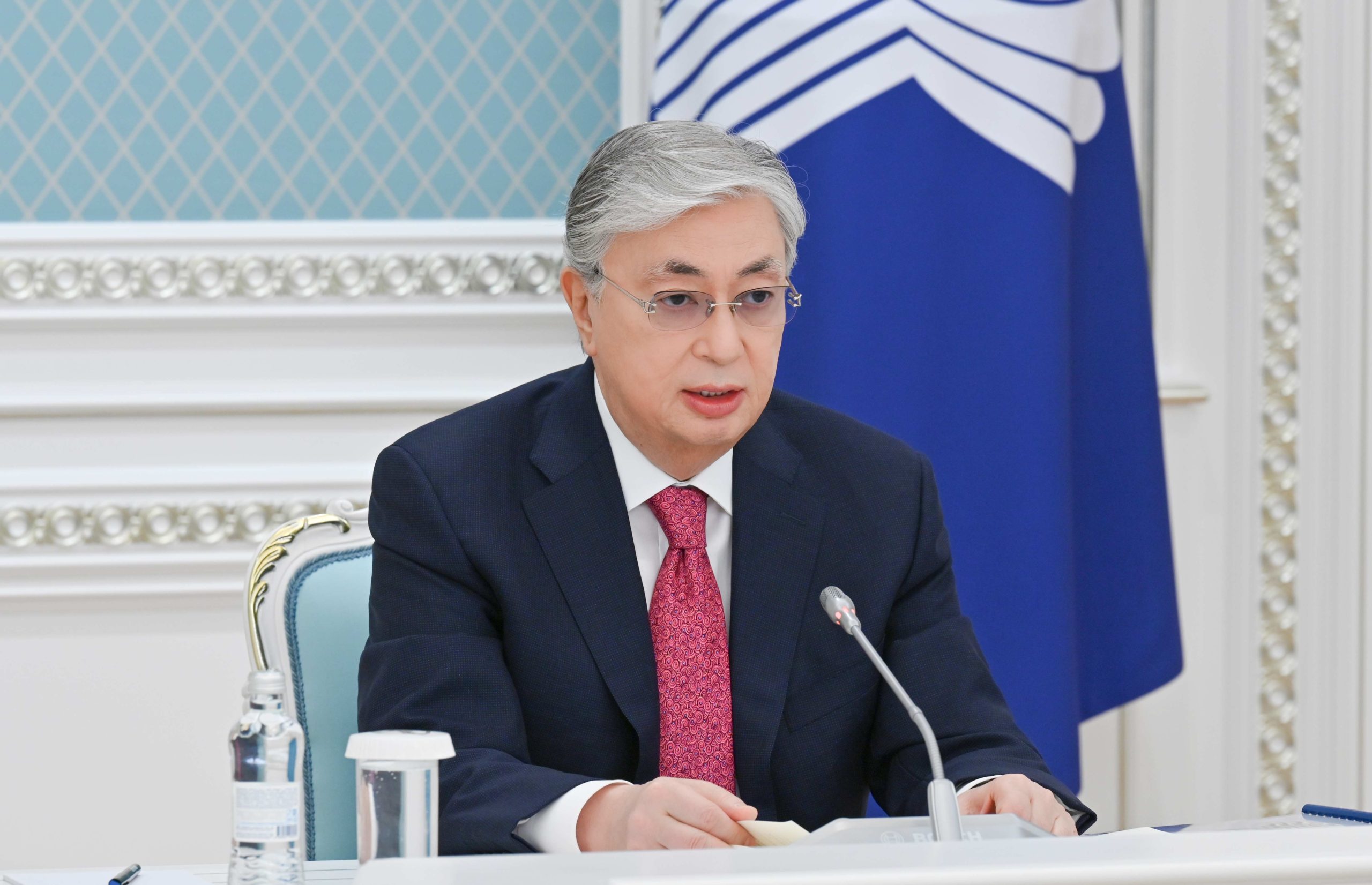 The CIS was formed in December 1991 following the dissolution of the Soviet Union. Photo credit: Akorda press service

In his speech, Tokayev recalled the agreement to establish the CIS back in December 1991, in what he called was a “historic declaration.”

“We can say with certainty that the commonwealth played a key role in preventing a large-scale catastrophe in the post-Soviet area and helped to preserve interaction between our peoples. What is very important is that the CIS has become an influential international organization,” said Tokayev.

But the growing political confrontation, environmental challenges, and the damage caused by the pandemic continue to put a heavy burden on the activities of the organization. More joint efforts are needed to overcome these challenges, he said.

Accelerating trade and economic cooperation remains a priority. To do so, Tokayev proposed drafting a new program for the development of industrial cooperation until 2025, sign the agreement on trade in services, and form a common agricultural market.

“Our countries have accumulated good experience in combating СOVID-19, including in the field of vaccine development. Today it is obvious that only mass immunization of the population will stabilize the situation and ensure the safety of our citizens,” said Tokayev, briefing the meeting participants on the development of Kazakhstan’s QazVac vaccine.

The countries, he noted, should also strengthen their cooperation in tackling the risks posed by terrorism, religious extremism, and drug trafficking, which has become more urgent amid the instability in Afghanistan.

“Kazakhstan shares the position of the United Nations – the grave humanitarian situation in that country should be the focus of attention of the international community. Whatever our political views or personal convictions, we must not leave Afghanistan alone with its unprecedented difficulties,” said Tokayev.

He suggested establishing a logistical hub in Almaty to provide humanitarian aid to Afghanistan. He said that “it is obvious that after overcoming the acute phase of the crisis, Afghanistan will need further systematic support from UN institutions” and setting up the UN Regional Center in Almaty will meet that goal.

Tokayev also spoke about the use of water resources of transboundary rivers in the CIS, which, he said, is also related to the country’s progress towards low-carbon development.

Kazakhstan is preparing to chair the organization in 2022. The next year will also be the Year of Folk Art and Cultural Heritage of the CIS and the Moldovan city of Comrat was selected as the cultural capital of the Commonwealth in 2023.

“I would like to emphasize that the proposals and other priority tasks I have voiced will be included in the Concept of Kazakhstan’s chairpersonship in the CIS for the forthcoming period,” he said.