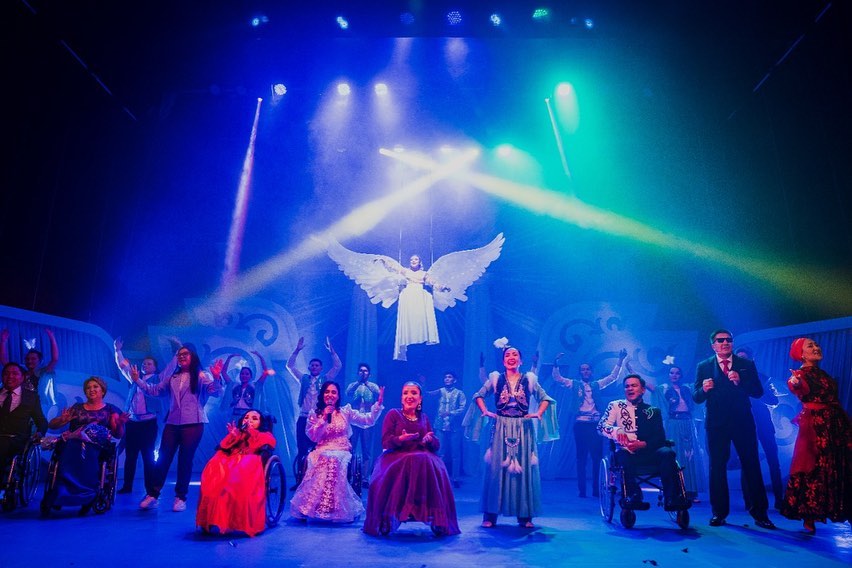 The theater debuted with a play, also named “Qanattylar”, written by Kazakh poet Gulnara Salykbai and directed by Nurfat Vahitov.

“We try to provide full support to our citizens with special needs. The essence of inclusive theater is to socialize people with special needs, reveal their potential, provide an opportunity to engage in creativity, as well as receive a kind of rehabilitation through classes,” wrote Kulginov.

People with difficulties in vision, hearing, speech, and mobility, perform on stage, get engaged in stage art, choreography and can participate in cultural events. 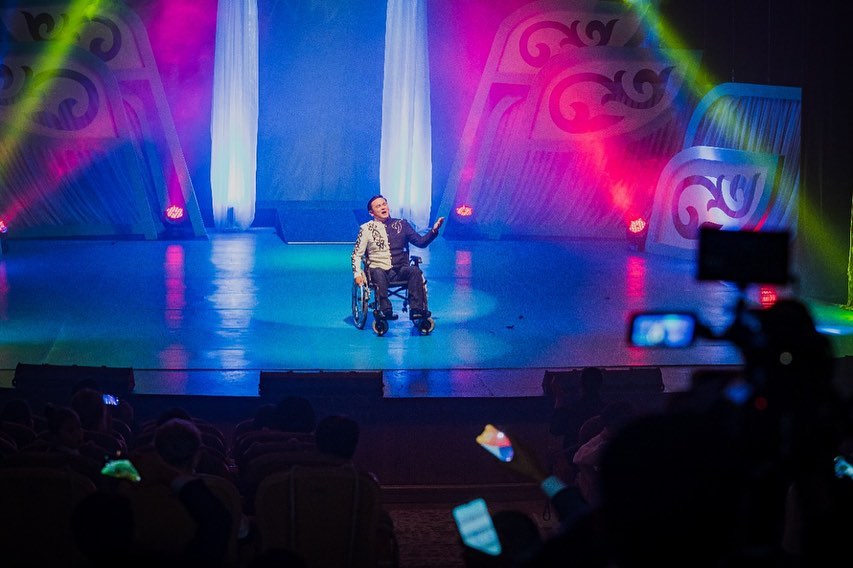 “In this vast world of extraordinary beings, there are two wings created by Mercy and Goodness. There is no doubt that eternal love will triumph in the presence of those great feelings in Saule’s life,” said the description of the play. Photo credit: Altai Kulginov’s Instagram

The idea to open such a theater belongs to Arnur Iskakov. “Because he himself knows firsthand the problems of people with disabilities,” said Kulginov.

Iskakov is the chair of Kazakhstan’s Active Life Association of People with Disabilities, and also the founder of the Future Without Barriers project within the Nur Otan party.

“The plasticity, movement, music, rhythm, and light in the play are so realistic that it feels as if the artists lived their real lives on stage,” wrote Iskakov in a social media post. 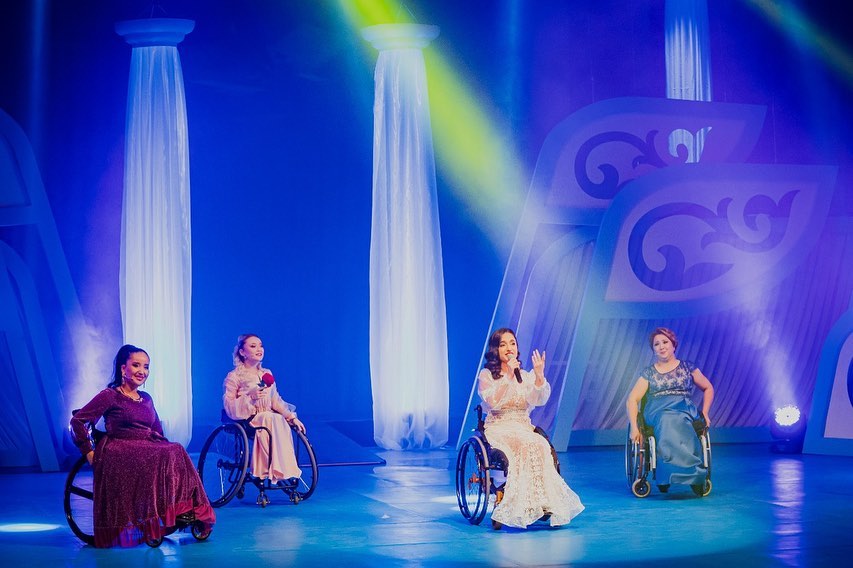 The new theatre will also perform on Nov. 1, as part of the “THEATER ALL” Nur-Sultan theater week that will take place in the capital from Oct. 28 until Nov. 1.

Kulginov said the new theater is also in line with the instructions of President Kasysm-Jomart Tokayev to create more opportunities for people with disabilities, expand the network of rehabilitation centers, and open social facilities on the first floors of new residential complexes.

“This summer we opened a kindergarten for children with visual difficulties. With the Paralympic training center, we will build a sports complex for people with special needs,” said the mayor.