By Staff Report in Business on 4 October 2021 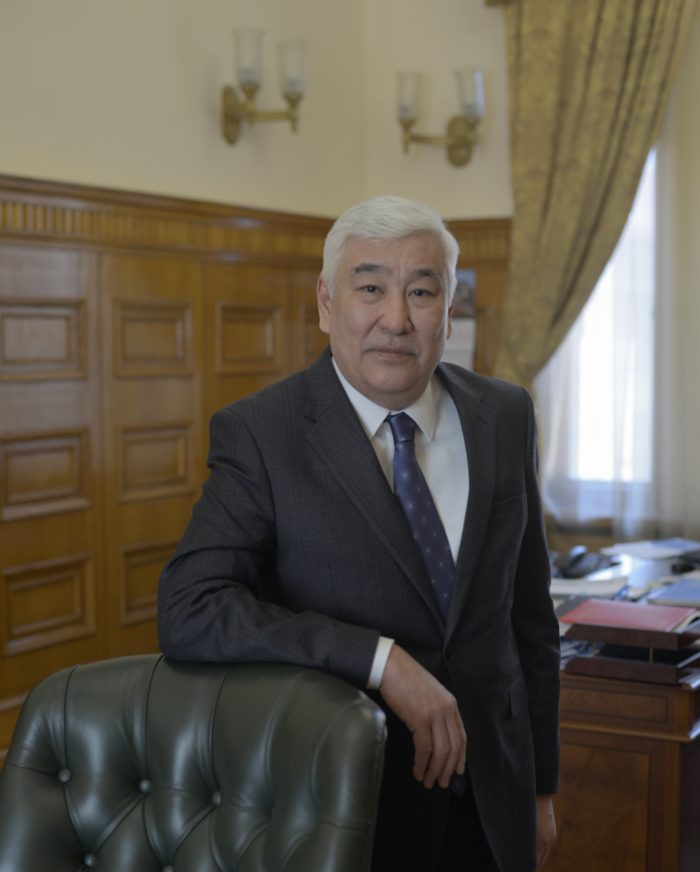 “It must be admitted that the holding of the World Energy Week together with the Kazenergy Forum testifies to the recognition by the world community of the achievements of our country in the energy sector and the efforts that Kazakhstan is making in achieving global energy goals,” he said.

The decision to host the 2021 World Energy Week in Kazakhstan was made in Sept. 2019 at a meeting of the Executive Assembly of the World Energy Council in Abu Dhabi, following the results of the competition.

“This year’s theme ‘Energy for Better Lives’ reflects the ideas of the head of state on ensuring energy security, building professional human resources, and low-carbon development. We are seeing an increasing urgency in the global agenda for the development of clean energy, decarbonization, energy conservation, energy efficiency at a time when the industry is going through a rather difficult period in its history,” said Ibrashev.

“Kazenergy ensures the representation of interests and a positive image of companies in the domestic energy industry in contact with international organizations and associations. This is very important, among other things, for the investment attractiveness of the country in the context of the intensifying struggle for new investments in traditional energy,” said the director.

The association plans to present a new issue of the National Energy Report KAZENERGY-2021, hold a session on the development of the petrochemical industry in the country, change the structure of the energy balance and reach carbon neutrality in Kazakhstan.

“In Kazakhstan, the fuel and energy complex remains one of the main industries on which the country’s energy security directly depends. Meanwhile, global transformations in the world dictate the need to change our very thinking to build a completely new energy, the foundation of which is from now on focused on innovation, stability and efficiency,” emphasized Ibrashev.

The topics to be discussed at the event include the carbon economy of the Middle East, the transition to electric vehicles in North America, building the potential of zero emissions in Africa, the future fuel of the Asia-Pacific region, decarbonization of Latin America and Europe’s energy transition.

From its foundation the association has issued four national energy reports, with expert assessments of the current state and prospects for the development of energy in Kazakhstan. This year, the association adopted a Development Strategy through 2025.

“The updated strategic priorities of the Association for the next five years have been developed taking into account the analysis of strategic documents of member companies, including international companies, collection and an analysis of current problematic issues in the activities of enterprises, as well as taking into account current trends in the development of Kazakhstan’s regulatory policy in relation to the energy industry,” said Ibrashev.

The main thrust of reforms according to the new strategy include the sustainable development of companies in the oil and gas and electricity sectors in the process of energy transition and increasing environmental requirements (low-carbon development, decarbonization, introduction of Best Available Technology); the development of green energy projects; the development of petrochemical and coal chemistry projects; the development of gas projects; the support for new investments in geological exploration and the elimination of regulatory barriers in the activities of oil and gas companies; the creation of favorable conditions for tariff and other regulations; the elimination of regulatory barriers in the activities of electric power enterprises; the amelioration of conditions of supranational regulation (common markets for oil, gas, oil products and electric power industry of the Eurasian Economic Union), taking into account the interests of domestic enterprises; the development of human capital in the industry; and the strengthening the positive image of the domestic oil and gas and energy industry on the international level.

“The main goal of our work, which we are striving for, is to ensure the further progressive development of companies in the industry in new conditions, support companies in the traditional energy sector in adapting to changing environmental, economic and other requirements, as well as to stimulate the growth and development of renewable and alternative energy projects in our country,” said the director.