By Saniya Bulatkulova in International on 21 October 2021

NUR-SULTAN – Kazakh scientist Aida Tabelinova mountained Elbrus as part of an international expedition, which was held since Sept. 29 and continued through Oct. 10. It was led by the Youth Club of the Russian Geographical Society and Rossotrudnichestvo, a Russian federal аgency tasked with promoting international humanitarian cooperation. The expedition was aimed at conducting an integrated ecological survey of the mountains’ key objects in the south, reports Kazakh National Geographic Society (Qazaq Geography). 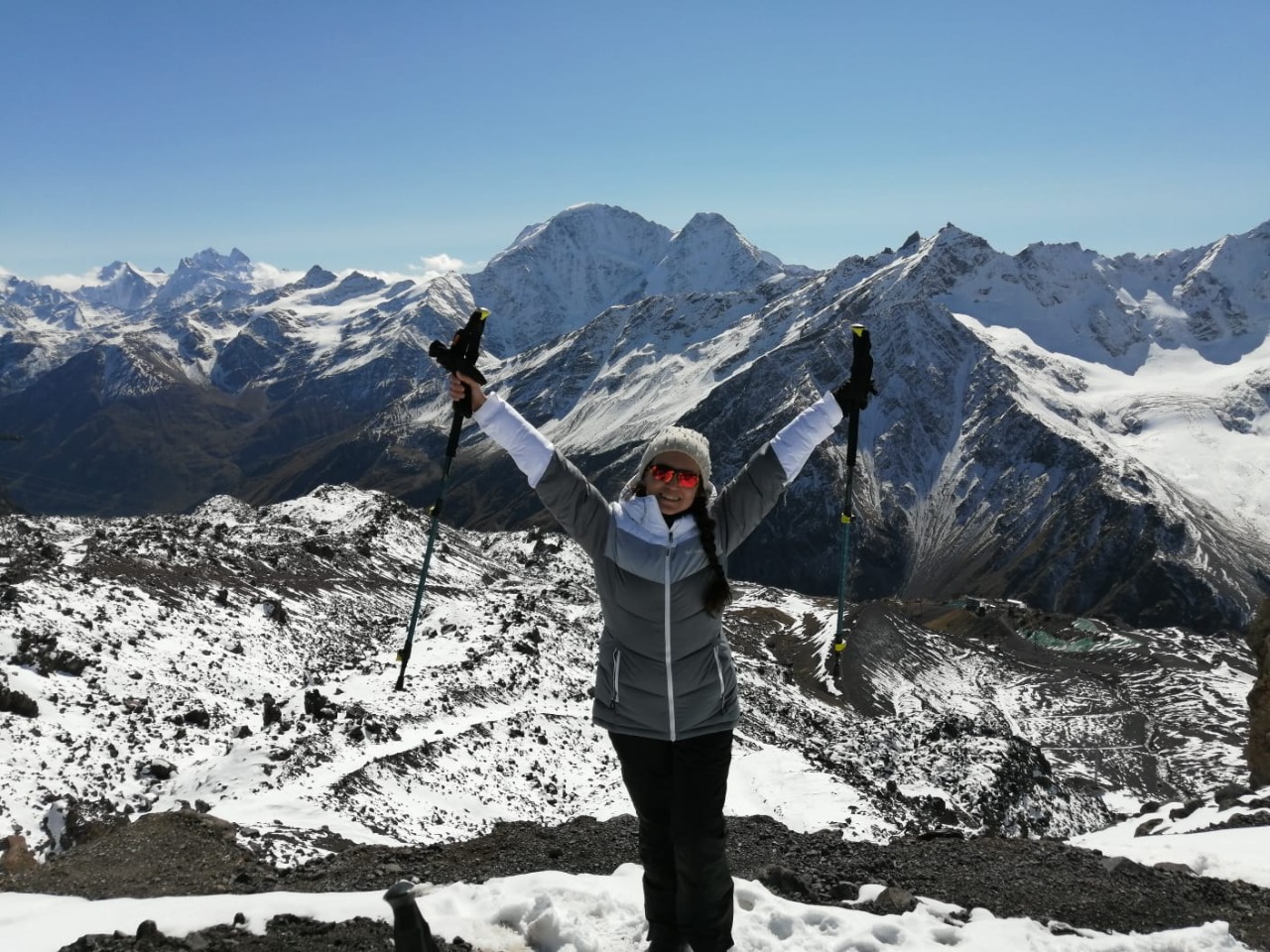 During the expedition, a team of scientists from Uzbekistan, Serbia, Armenia, India and Russia, who are competent in glaciology, landscape ecology, biogeography, geology and climatology, explored the ecological paths of the Prielbrusye National Park, took samples of water to determine its quality, and made geo-ecological maps.

“By the end of the 10-day expedition, more than 40 litres of natural water samples were collected and 12 routes were passed within the National Park. Following the expedition, participants revealed the snowmobiles and snowcats’ impact on the snow and ice cover of the southern Elbrus slope, defined major pollution centers due to tourism infrastructure and indicated the problems of park landscaping. They also preliminarily assessed the ecological capacity of natural territorial complexes,” said Alexey Maslakov, scientific advisor of the expedition, senior scientist of the Geographical Faculty in the Moscow Lomonosov State University. 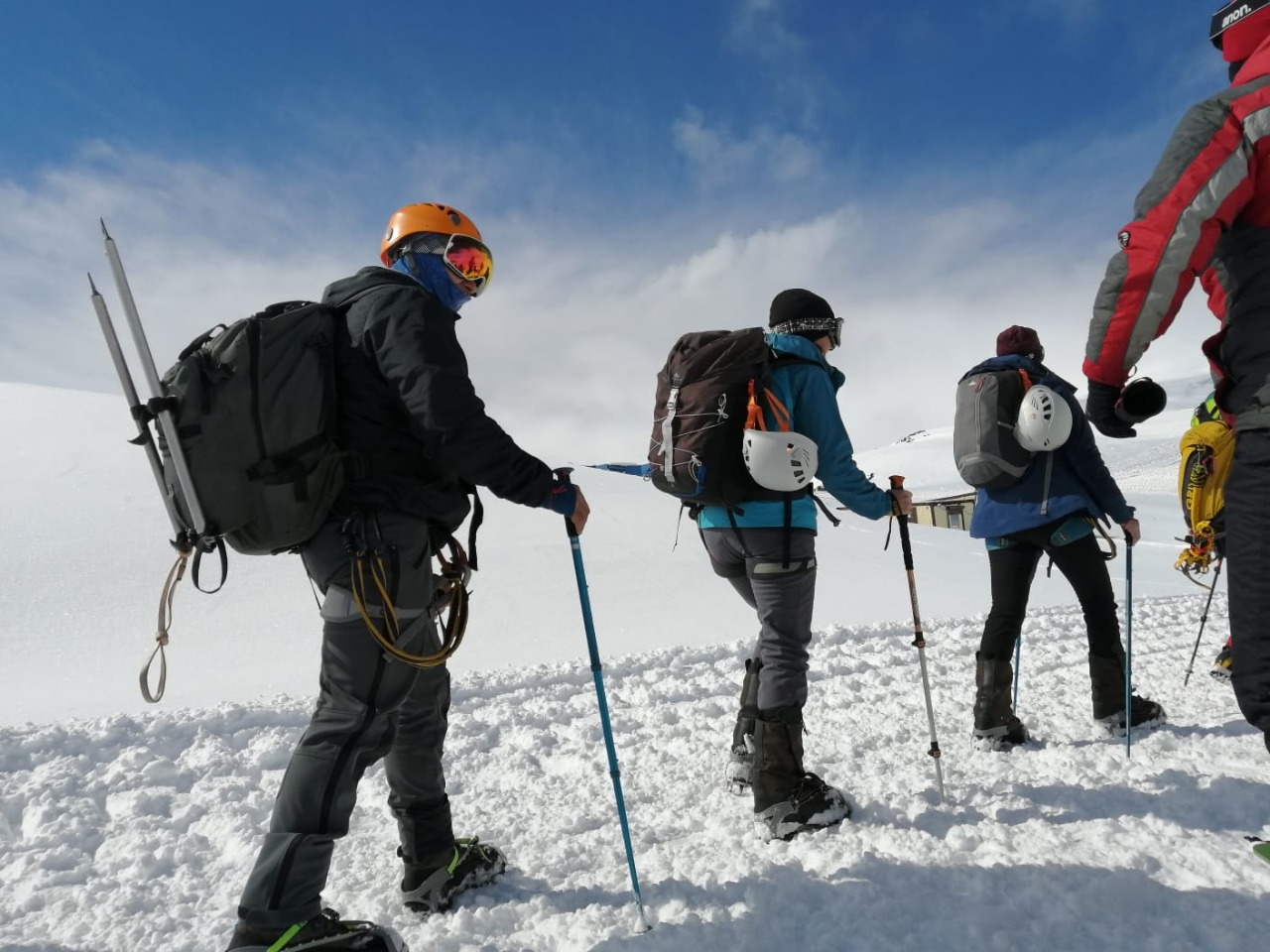 The expedition gathered a team of scientists from Uzbekistan, Serbia, Armenia, India and Russia, who are competent in glaciology, landscape ecology, biogeography, geology and climatology. Photo credit: press service of Qazaq Geography.

“The main feature of the park is its location between Europe and Asia; it connects the Caucasus Mountains, where there was a sea a long time ago. This region is very interesting, so it attracts tourists from all over the world. Consequently it causes problems with anthropogenic load, park development, and so on. We see how much glaciers have degraded and how much the landscape has changed due to climate change.”

Speaking about the preparations for the expedition, scientist noted that it took about two weeks to get ready as the invitations were sent only a month ahead of the expedition. Tabelinova added that she decided to participate for three reasons: interest in the region as a new research subject, the opportunity to communicate with foreign scientists and the possibility of gaining valuable work experience with the Russian Geographical Society.

As an expert in landscape science, geography and GIS Mapping (a system that creates, manages, analyzes, and maps all types of data), she explored the landscape characteristics of the park, and she developed landscape planning programs to reduce recreational pressures, which means the number of campers, vehicles and the construction impact on natural complexes.

According to Tabelinova, the issue of ecotourism and recreational pressure is still relevant in Kazakhstan and other post-Soviet countries.

“Unfortunately, there is no generally accepted calculation methodology that could determine the pressure as precisely as possible. Wrong calculations can damage the landscape and the ecology. However, thanks to research conducted within the framework of the Russian Geographical Society, scientists are willing to offer their recommendations,” she noted.

An expedition ended with the final session of the International Preservation School participants with Malik Chochaev, director of the National Park. At the meeting, the foreign guests presented the preliminary results of the field study.

Today, Qazaq Geography develops ecological tourism in the Altyn Emel and Charyn Canyon National Parks, therefore the experience gained by scientists in this expedition will serve as a basis for conducting surveys for similar projects in Kazakh National Parks. In the end, this will help promote sustainable tourism.