Kazakh Population to Reach 24 Million By 2050, According to UN Forecast

By Saniya Bulatkulova in Society on 5 October 2021

NUR-SULTAN – The population in Kazakhstan will grow over the next few decades and will reach approximately 24 million people by 2050, according to the United Nations Department of Economic and Social Affairs (DESA), reports ranking.kz. 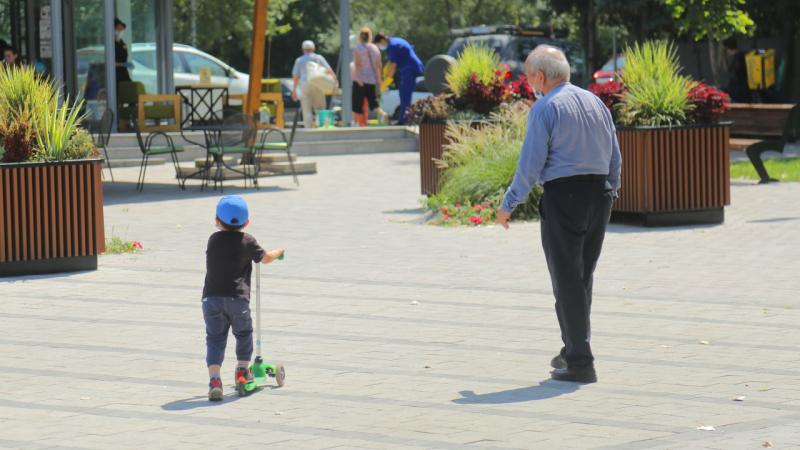 The population has surpassed 19 million driven by the rising birth and life expectancy rate.

In 2020, life expectancy was 71.37 years, compared to 68.45 years 10 years ago, taking into account the infant and child mortality rate, and the death rate among the young.

Alongside the increased birth rate, the prevalence of older people has also increased. In 2010, the share of the population at retirement age was 9.9 percent, whereas in 2020 it reached 11 percent, says energyprom.kz.

Such changes affect the Kazakh labour market. The number of young employees and pre-retirement age employees continues to grow.

According to the Beaujeu Garnier and Rosset demographic ageing scale, Kazakhstan is on the “threshold of old age” mark. The UN forecasts almost every country in the world will experience an ageing population so this is not something special.

Distributive pension system means retired people are paid from the current tax revenue to the budget. In the accumulative system, working people pay contributions that are not spent on the retired people, but are saved up, invested, and then used by these people ahead of schedule or during their retirement.

The accumulative pension system of Kazakhstan reduces the burden on the state budget and fosters an increase of the total pension amount in the future. The full transition to the accumulative scheme will have been completed by 2040.