By Saniya Bulatkulova in International on 25 October 2021

NUR-SULTAN – The opening ceremony of the monument to the great Kazakh poet Abai Kunanbayev took place in Berlin on Oct. 22, reports the Ministry of Culture and Sport. 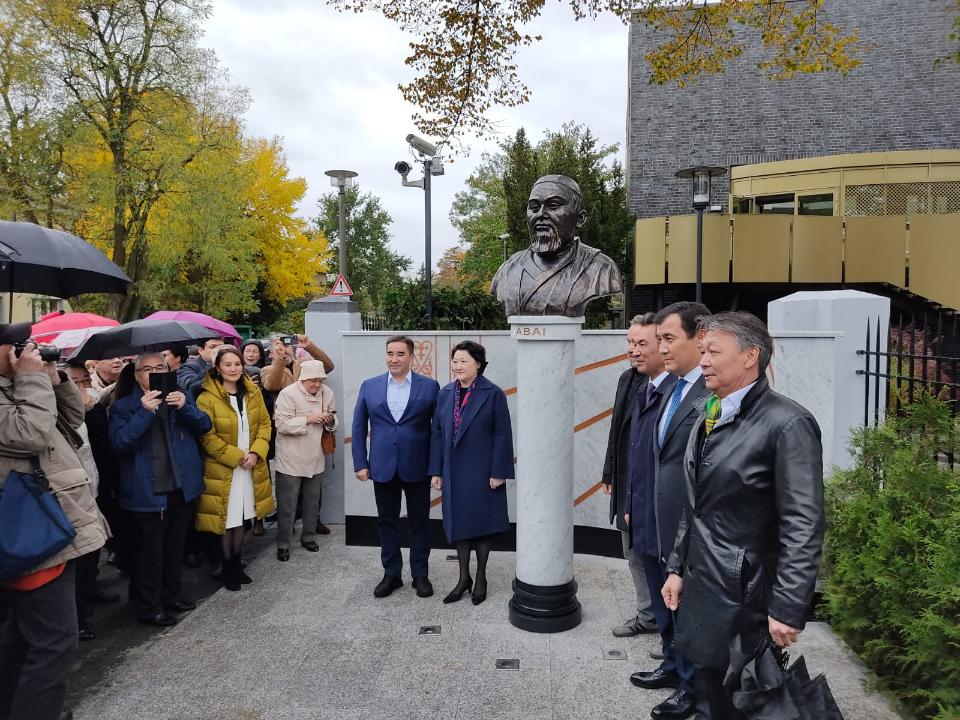 “In his works, Abai glorified the people of labor, calling us to sustainable development, harmony and friendship,” said Minister of Culture Raimkulova. Photo credit: press service of Ministry of Culture and Sports.

The author of the monument to Abai is a prominent Kazakh artist and sculptor Bolat Mekebayev, who is also an “Art of People Around the World” International Association laureate.

In her welcoming address, Aktoty Raimkulova, Minister of Culture and Sports, expressed gratitude to the people and the government of Germany for supporting Kazakhstan’s initiative to construct a monument to Abai.

As the Minister said, Abai’s works bind the culture of Kazakh people with the culture of other folks. He does not belong only to the Kazakh people. His works, which promote universal human values, have become an inherent part of human and world literature.

Raimkulova stressed the astonishing synergy between the poetry of Abai and poetry of the great German poet Goethe:

“We got acquainted with some of Johann Goethe’s works through Abai’s interpretation. One of them is “The Traveler’s Night Song” poem rewritten in the Kazakh language. Thus, Abai became a solid bridge connecting the literature and culture of two nations. It is our duty to honour noble sons of mankind, such as Abai and Goethe, and to glorify their heritage and name.”

Monuments to Abai were also installed in Hungary, South Korea, France, Turkey, Uzbekistan, Egypt, Russia and other countries. The most recent one was erected in one of the largest Ukrainian cities – Kharkiv.