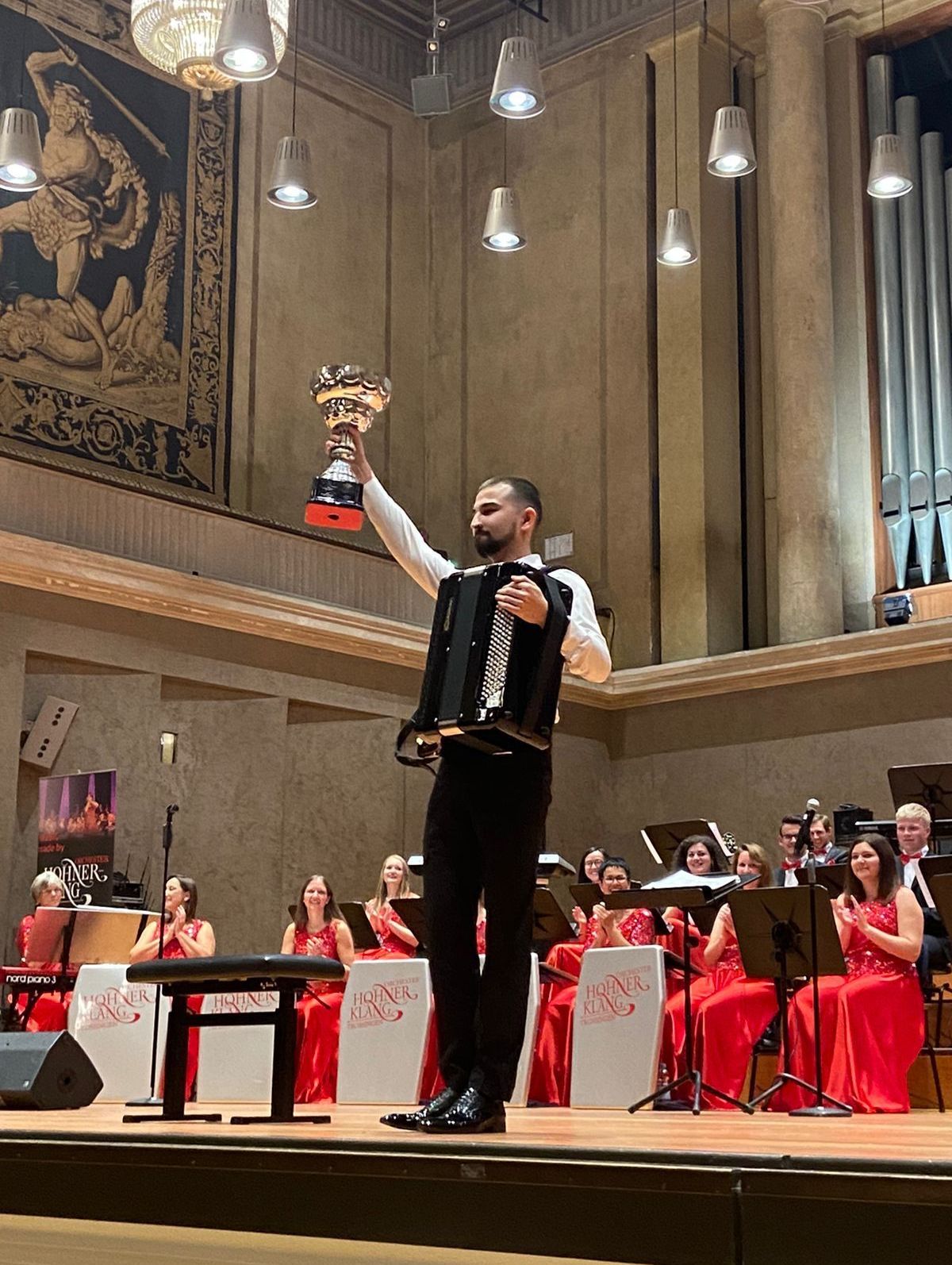 Olzhas Nurlanov was born in Pavlodar city, where he entered music college for gifted children in accordion playing class at the age of 6. Photo credit: Instagram account of Olzhas Nurlanov.

The Coupe Mondiale is an annual contest among accordion players held by the International Competition for Accordionists. The competition was first held in 1938 in Paris.

Participants from all over the globe came to compete for the title of champion. Four out of seven musicians reached the final of the competition.

“The World Cup is a coveted prize for every professional accordion player. I have been pursuing this goal since I was a child. I am grateful to my teachers and all those who supported me”, said the 22-year-old winner.

Nurlanov started to participate in competitions and concerts when he was only eight years old. Upon his admission to the music college, he continued his studies with Damir Sultanov, Merited Artist of Tatarstan, Commander of the Kurmet order (Order of Honour). In 2018, he entered the Gnesin Russian Academy of Music in the class of  Professor Friedrich Lips, the famed National Artist of Russia.

Nurlanov has won more than thirty competitions at various levels, participated in five festivals, and repeatedly performed in front of the honored seniors of Russia and Kazakhstan.