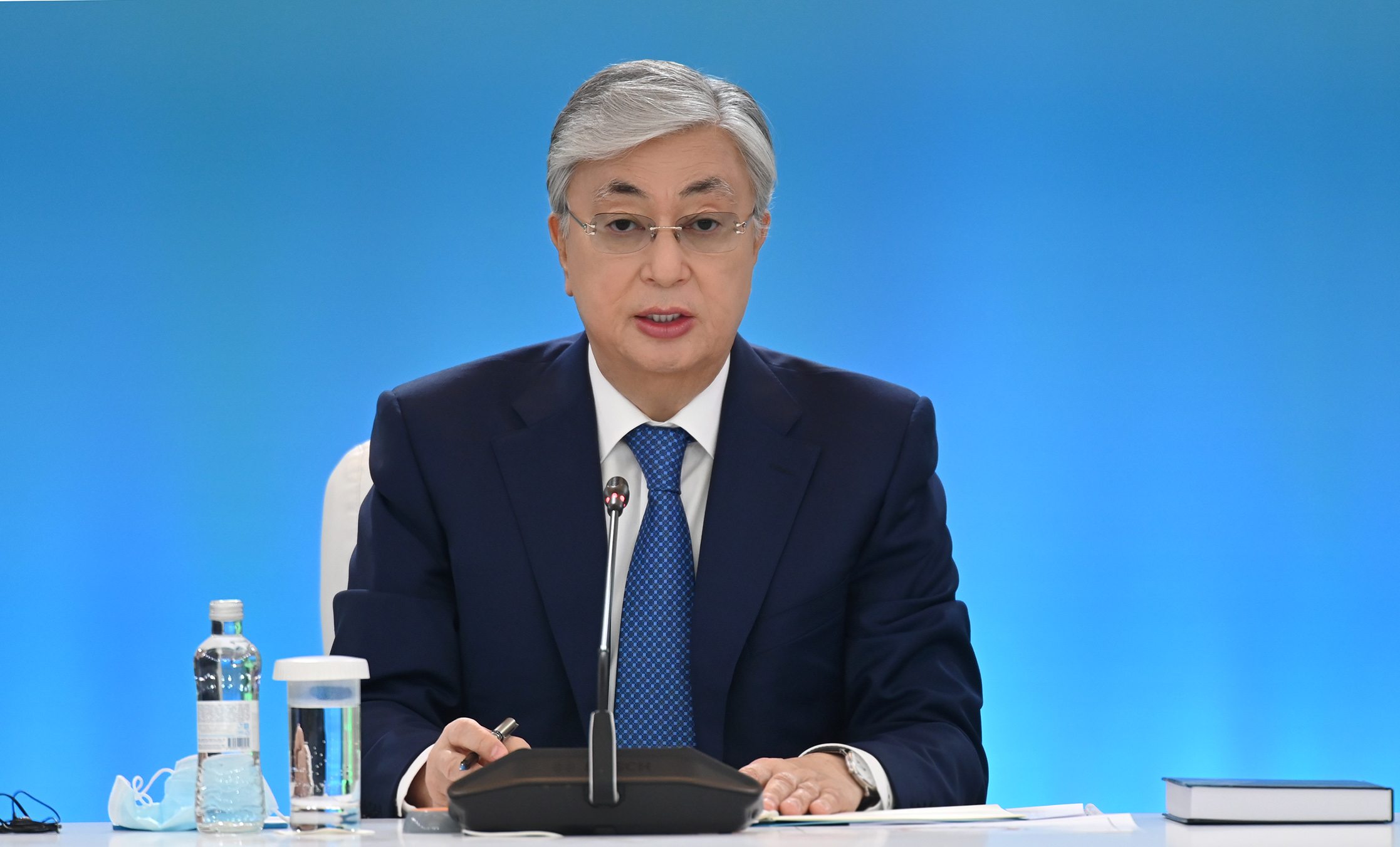 The conference takes place in the run-up to the Conference of the Parties (COP26), the world’s major climate event scheduled to last from Oct. 31 to Nov. 12 in Glasgow, the United Kingdom, and gather leaders of 196 countries to coordinate their actions in the fight against climate change for the people and the planet.

Tokayev said Kazakhstan’s climate agenda is in line with the United Nations Secretary-General Antonio Guterres’s call for achieving net-zero carbon dioxide emissions. Kazakhstan pledged to achieve carbon neutrality by 2060, the commitment being announced by Tokayev at the Climate Ambitions Summit in December 2020.

But the heavy dependence on fossil fuels inhibits progress. According to the UNDP, in 2019, greenhouse gas emissions in Kazakhstan amounted to 354 million tons of CO2 equivalent and more than 80 percent of them were generated from the combustion of fossil fuels – coal, oil, and natural gas.

Global surface temperature will continue to increase until at least the mid-century under all emissions scenarios considered, according to the Sixth Assessment Report prepared by the Intergovernmental Panel on Climate Change (IPCC), a United Nations body in charge of assessing the science related to climate change.

The report notes that global warming of 1.5°C and 2°C will be exceeded during the 21st century unless deep reductions in CO2 and other greenhouse gas emissions occur in the coming decades.

Global warming may also have a broad regional impact on Central Asia with risks posed to food and water security. Kazakhstan, one of the world’s leading producers of wheat and flour, may lose almost 40 percent of wheat yields by 2030 if the negative scenario unfolds.

“Given that Kazakhstan is the only exporting country in Central Asia, this will inevitably create a threat to food security of the entire region. This is a simple practical example that the fight against climate change is our common cause. And it is a very important cause,” he said.

Kazakhstan’s carbon neutrality doctrine, which is scheduled to be presented in Glasgow, provides the basic approaches to the low-carbon transformation of the economy and industry. These include abandonment of new coal-fired generation projects and phasing out of coal combustion by 2025, planting two billion trees by 2025, doubling renewable energy sources in total energy balance by 2030; 100 percent sorting of municipal solid waste by 2040, the introduction of green hydrogen, among other goals.

But this transition, he noted, will require modernization of the fuel and energy complex, revision of industrial and agro-industrial policy, new approaches in the housing and utilities sector, construction, and change in people’s lifestyles.

“By 2060, the share of renewable and alternative energy sources will exceed 80 percent of the country’s total energy balance. The carbon neutrality scenario implies active joint efforts of the state, business, and society as a whole to achieve the declared goals. Its successful implementation will make it possible to achieve not only the 2030 goal, which is a 15 percent reduction of emissions from the 1990 level, but also a zero balance of greenhouse gases by 2060. As a result, more than nine billion tons of carbon dioxide will be prevented from entering the atmosphere,” he said

Besides systemic measures, the transition will require significant financial resources. 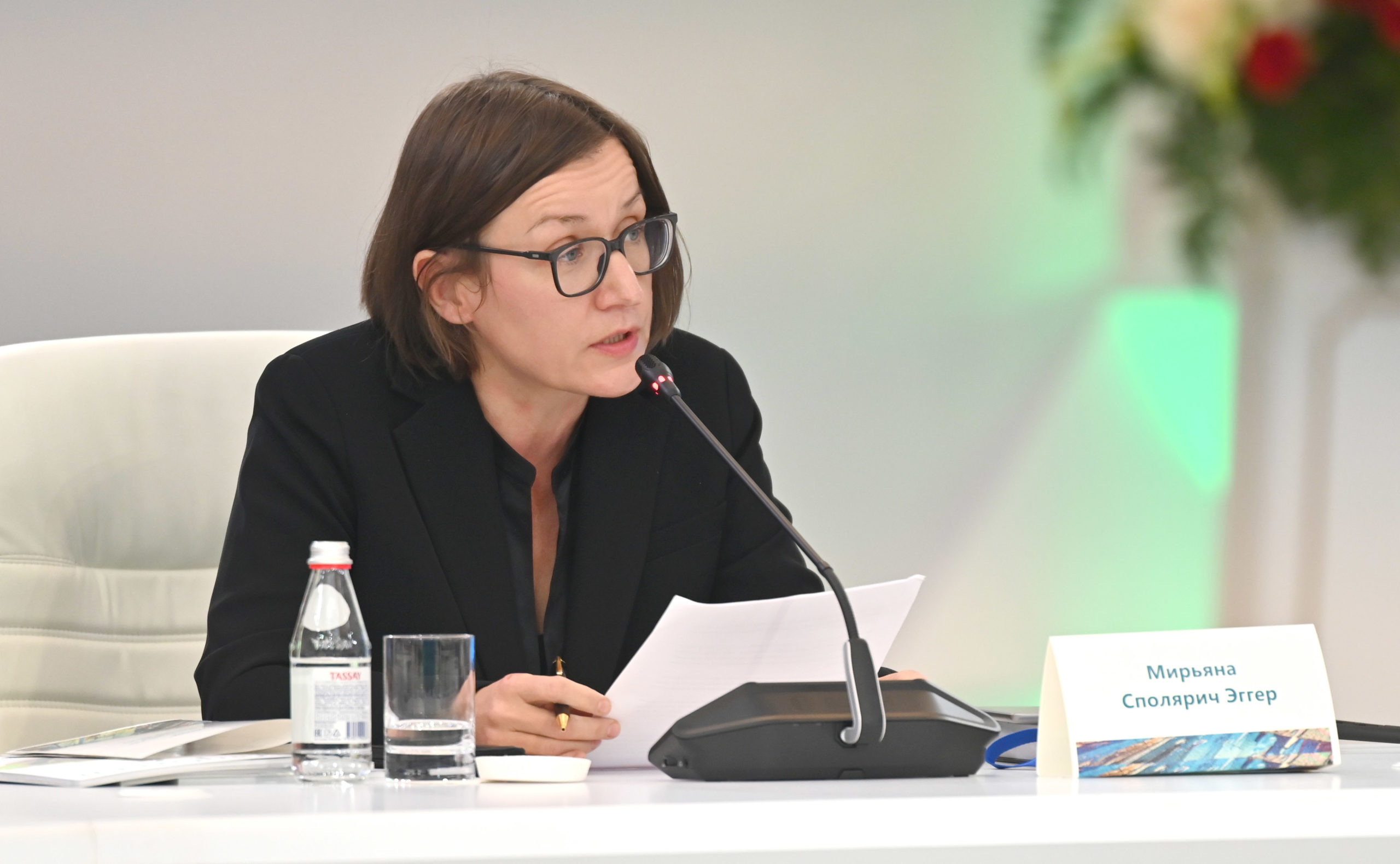 And this, according to Mirjana Spoljaric Egger, implies bringing public and private sectors together. “In Kazakhstan, UNDP has been deploying catalytic and innovative instruments to mobilize private sector investments in sustainable development, such as carbon offsetting, energy efficiency subsidies, loan guarantee schemes, and green bonds. On public funding, more effective domestic resource allocation through the national budget, which prioritizes a sustainable and low-carbon infrastructure, should be high on the agenda,” she explained.

She emphasized the renewable energy potential of the region, including in hydropower, biomass, geothermal, wind, and solar.

“The momentum for decarbonization in Central Asia is real. Kazakhstan shows political will and the vision to lead the way. Because, without decisive action, the region will risk missing out on the energy transition,” she said.