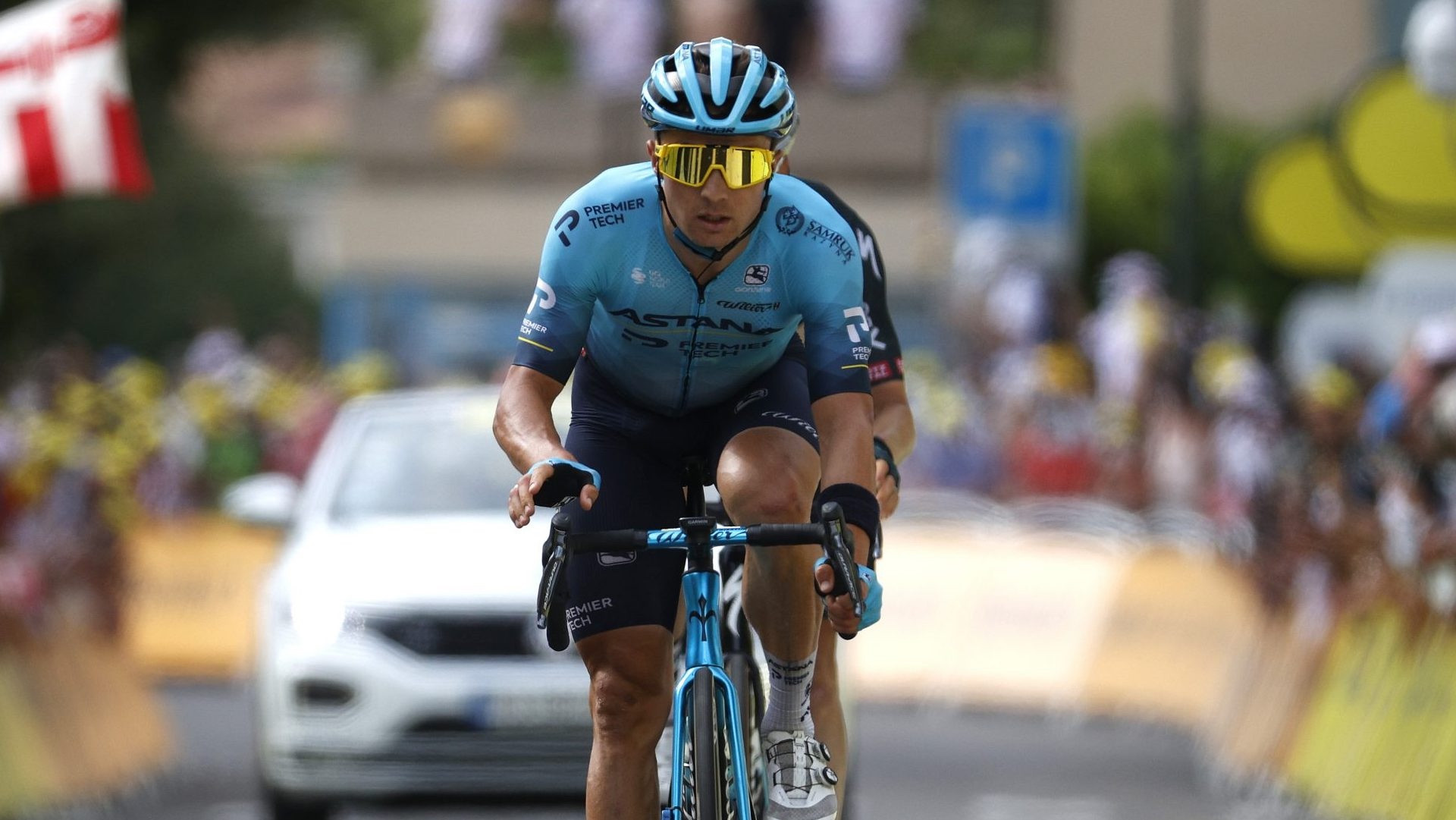 Lutsenko was also the first among Kazakhs to win in prestigious Tour of Oman, an annual professional road bicycle racing stage race held in Oman since 2010 as part of the UCI Asia Tour. Photo credit: olympic.kz

Ugo Agostoni was considered to be one of the most talented racers, after whom the one-day Italian race was named. It has been held in Lombardy since 1946 and since 2005, the race has been organised as a 1.1 event on the UCI Europe Tour.

Alexey Lutsenko finished second in this race in 2019, and the race was cancelled due to the pandemic in 2020. The leader of the team got the opportunity to improve on the list of national team achievements again only in this year.

“I am so happy to win. I finished second two years ago, and I was motivated to fight for the victory, trying to keep my focus throughout the day. In the final, we worked well together and decided to wait for the final meters to start my sprint. I had good legs and I am happy everything worked out, “ said Lutsenko, for whom this win is the second success this year, after his victory on the fourth stage of the Critérium du Dauphiné 2021 in France.

Alexey Lutsenko is a Kazakh professional cyclist, who currently rides for UCI World Team Astana–Premier Tech. He won the UCI Under-23 Road Race World Championship in 2012, the sixth stage of the Tour de France in 2020 and he is three-time champion of the Summer Asian Games.