By Staff Report in Society on 7 October 2021

NUR-SULTAN – President Kassym-Jomart Tokayev awarded the Order of Otan to Kazakh actor and film director Doskhan Zholzhaksynov on his 70th anniversary on Oct.7. 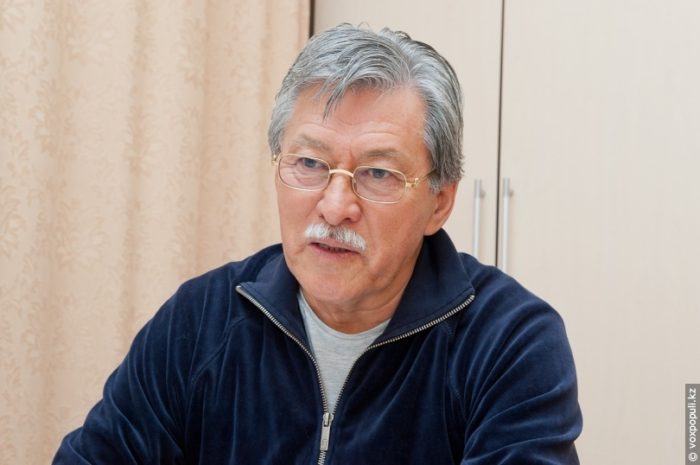 He was born in 1951 in the village of Balykshi (Aksuat) in the East Kazakhstan region.

Zholzhaksynov has made a great contribution to the development of Kazakh culture. He played more than 200 roles in films and in theatre. Many of these works were included in the gold collection of the Kazakhfilm studio.

Zholzhaksynov graduated from the theater department of the Kurmangazy Institute of Arts. He worked at the Youth Theater. 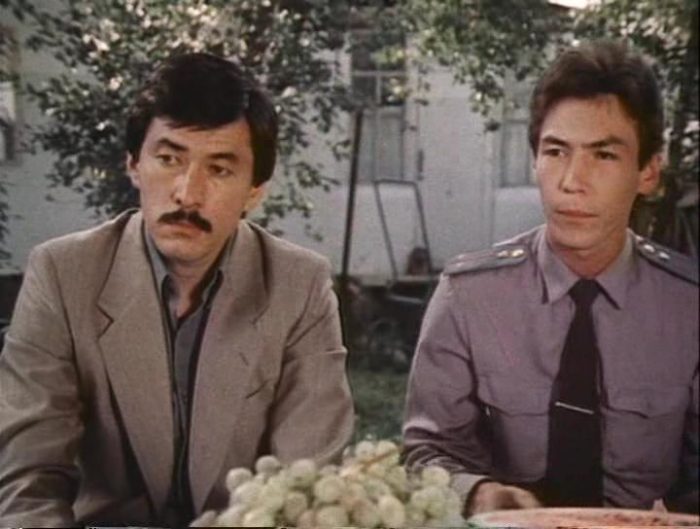 A scene from “The victims have no claims” film.

He performed in “Pogonya v stepi” (Pursuit in the Steppe), “Atonement,” “Kunanbai,” “Kazakh Khanate” and other films. He perfectly played the roles of famous historical figures and people with complex characters whose life is full of contradictions.

One of Zholzhaksynov’s significant roles became General Karbyshev in “Spotted Dog Running at the Edge of the Sea” (1991), a Soviet drama film directed by Karen Gevorkian. It was filmed for more than five years. During filming in the Pacific Ocean, Zholzhaksynov almost died. After the episode where the action takes place in a fishing boat, the actor began to climb onto the ship and fell into the sea. Fortunately, people do not sink so easily in the Pacific Ocean because of the high density of the water. The film received international recognition and was awarded the Grand Prix of the Moscow Film Festival in 1992. 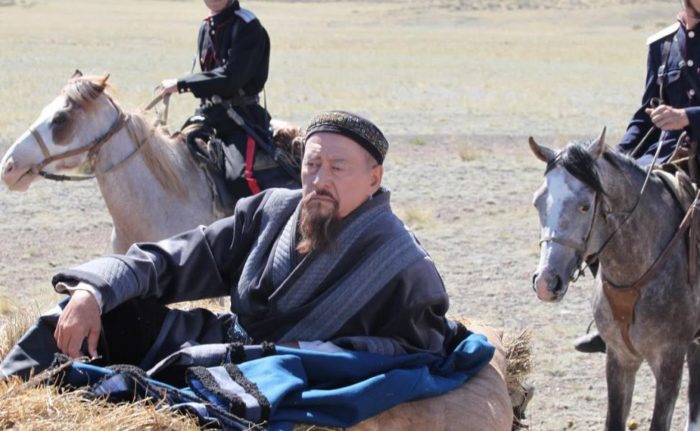 A scene from “Kunanbai” film.

In Kazakhstan, Zholzhaksynov is known for his roles in the “The victims have no claims,” “About love, friendship and destiny,” and “Ompa” films.

His role as Jungar Sultan Galdan Ceren in the “Nomad: The Warrior” film was his best performance in an international film.

According to critics, his talent and acting skills helped to create believable characters. His characters are known for their sincere feelings and the virtuosity of his performance. His works are a manifestation of true and great talent.

As a director, Zholzhaksynov created the “Birzhan Sal” and “Kunanbai” films. These films capture the disappearing civilization of the nomadic world.

And the “Kunanbai” film was released in 2015. The historical feature film is dedicated to Kunanbai Oskenbaiuly, the father of great poet Abai. The film tells not only about the life of the legendary historical character, but also authentically depicts 19th century living. The film received several awards for its outstanding plot and the fascinating chronicle into the historical past of Kazakhstan it provided.