By Staff Report in International on 26 October 2021

NUR-SULTAN – The Council of Europe and the Supreme Court of Kazakhstan will hold an international round table “Reforms of the judiciary in Kazakhstan: Addressing new challenges by using best international practices” on Oct.27-28. This event is organised in the framework of the joint initiative of the European Union and the Council of Europe – Central Asia Rule of Law Program. 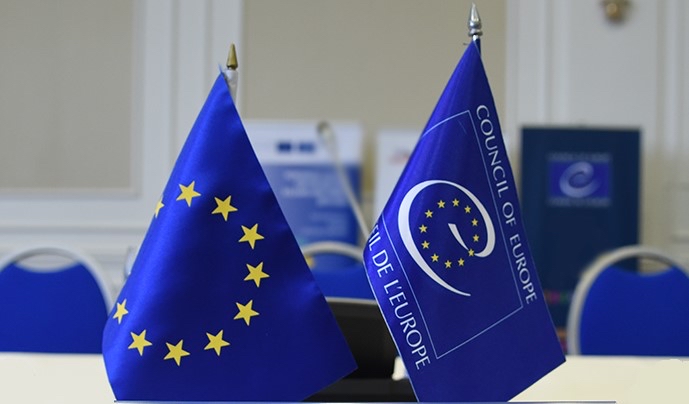 The round table will bring together the Council of Europe experts, representatives of the European Union and the authorities of Kazakhstan to discuss a number of issues for facilitating independent and efficient functioning of the judiciary in the country, including the reform process in administrative justice, use of digital tools and training programmes for legal professionals.

Since 1991, Kazakhstan has undergone wide-ranging judicial reforms. Raising public confidence in the judiciary remains a pressing task in Kazakhstan. Reforms are now needed in areas such as improving the quality of judicial procedure, ensuring unified judicial practice, implementing the new system of administrative justice, and increasing the professionalism of judicial staff in line with the best international standards. Being a member of the European Commission for Democracy through Law (Venice Commission), Kazakhstan requested in 2018 its Opinion on the Draft Code of Administrative Procedure and Justice. Following the recommendations presented in the adopted Opinion of the Venice Commission, the administrative justice and Administrative Procedural Code entered into force in the country on 1 July 2021.

Providing support to Kazakhstan in judicial reforms is one of the priorities of the European Union and the Council of Europe initiative – Central Asia Rule of Law Program, which is a natural continuation of the long-term co-operation between the two organisations. The program is part of the EU’s Central Asia Strategy, which places the promotion and the protection of the rule of law at the core of the EU-Central Asia relations. Adopted in 2019, the strategy provides an excellent framework to strengthen regional cooperation by taking advantage of new opportunities in the region and addressing common challenges together.

The Central Asia Rule of Law Program facilitates the resilience and prosperity of the partner countries from the region, supporting them in undertaking reforms and strengthening democracy, human rights, the rule of law and the independence of the judiciary, as well as modernising and diversifying the economy. The particularity of the program consists in its unique approach which aims at creating a common legal space between Europe and Central Asia, providing institutional assistance and training while focusing on features and specific needs of the partner countries.

The program supports the authorities of Kazakhstan in three areas. In the sphere of promotion of efficient functioning of state institutions and public administration, the program operates through the European Commission for Democracy through Law (the Venice Commission) which assists the Kazakh authorities in its reform process providing legal advice on demand, aiming to improve the functioning of state institutions in line with the international standards in the rule of law area. Within the area of creating a common legal space and enhancing human rights protection, the program raises awareness about the Council of Europe Conventions and improves knowledge of Kazakh justice professionals in human rights through the educational platform HELP (Human Rights Education for Legal Professionals). In the framework of promoting transparency and action against economic crime, the program closely works with national authorities of Kazakhstan, provides legal reviews of legislative and institutional frameworks of the state, and raises awareness of the Council of Europe Conventions and other international standards in anti-corruption through regular meetings, conferences and webinars.