NUR-SULTAN – As the 6th ministerial meeting of the CICA (Conference on Interaction and Confidence Building Measures in Asia) kicked off today in Nur-Sultan, the ministers emphasized the need for stronger multilateralism amid the increased challenges, including the pandemic and the destabilizing situation in Afghanistan. 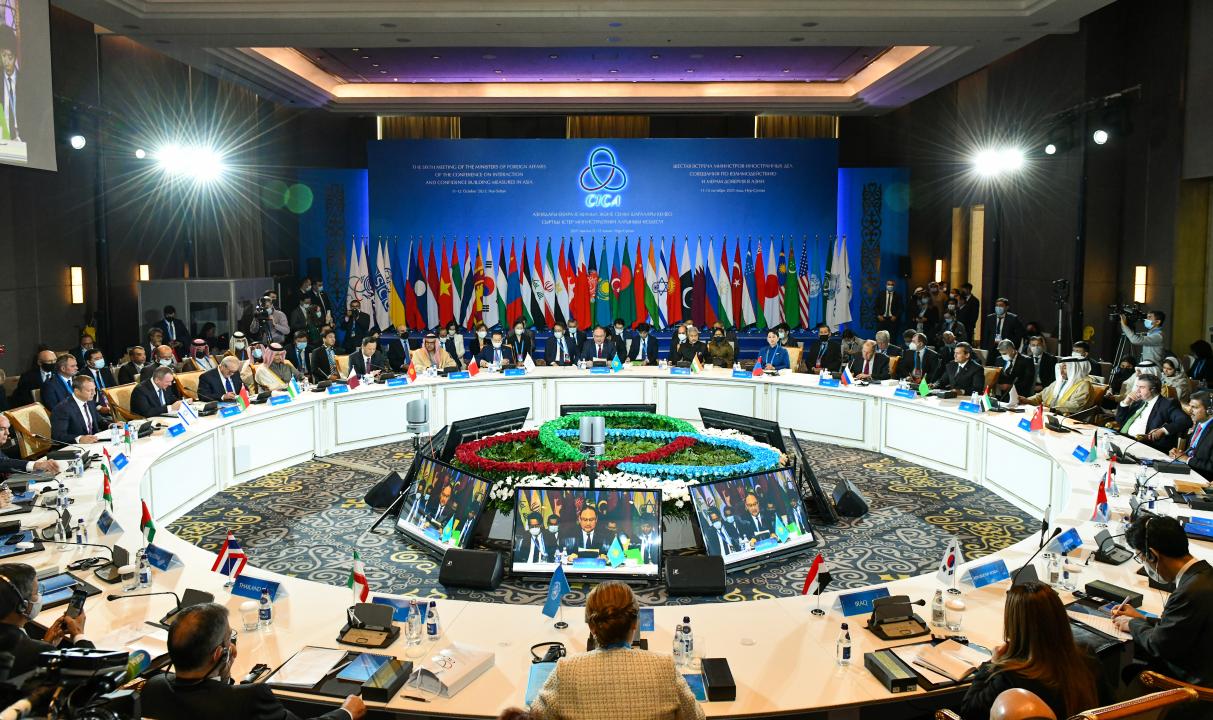 The idea of creating the organization was first voiced by Kazakhstan’s First President Nursultan Nazarbayev in 1992 at the 47th session of the United Nations General Assembly, while the first CICA summit was held in June of 2002. Photo credit: Kazakh MFA

The one-day event in the Kazakh capital gathered representatives of 23 out of 27 member states and observers, heads of international observer organizations, and partner organizations in a hybrid format.

Founded by Kazakhstan’s First President Nursultan Nazarbayev in 1992, CICA is aimed at the political rapprochement of countries and the creation of a common and inclusive space for security and stability in Asia. CICA unites 27 states, nearly half of the world’s population and more than half of the world’s GDP.

“Seeking solutions to the most acute problems of the continent requires a multilateral approach and cooperation,” wrote Nazarbayev in his address, read out by Acting Foreign Minister of Kazakhstan Akan Rakhmetullin.

Rakhmetullin, in his opening remarks, also noted the significance of the region in terms of economic and human potential. “What remains unchanged is that Asia is our common home, and it is our responsibility to address acute issues. There are still zones of instability, nuclear non-proliferation, terrorism and extremism risks,” he said. 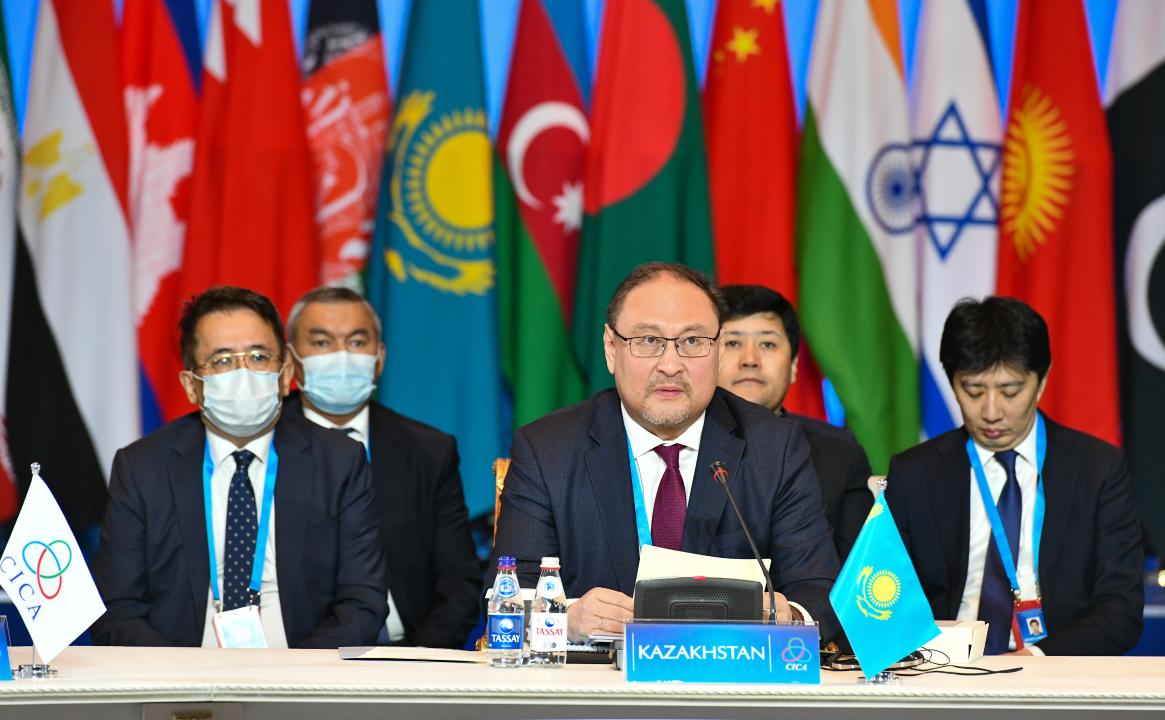 According to him, addressing the situation in Afghanistan remains a shared concern for the region.

Rakhmetullin also said that Kazakhstan is ready to assist CICA member states in increasing their access to vaccines, in what he said is important to curb the spread of the pandemic. He spoke about Kazakhstan’s progress in developing its own QazVac vaccine, as two more are also in development.

The deputy minister underscored the need for transforming CICA into a full-fledged organization, noting that CICA has all the prerequisites for doing so. This will allow member states to “promote effective approaches and confidence-building measures, serve as a political impetus to dialogue, build constructive interaction and coordination in the main areas of our cooperation.”

Besides other topics at the table, Rakhmetullin proposed to consider extending Kazakhstan’s term as the CICA chairman for 2022-2024.

In his address to the meeting, United Nations Secretary-General Antonio Guterres commended the ongoing cooperation between CICA members.

“Increased global threats, such as the pandemic, and climate emergency have demonstrated our fragility and necessity for coordinated global action and solidarity. Cooperation between CICA countries is truly commendable – essential for effective response and for achieving inclusive and sustainable economic recovery by the 2030 Agenda,” said Guterres.

He noted the important role of CICA in restoring security in Afghanistan and suppressing potential threats stemming from the country’s unstable situation.

“The Asian region faces unprecedented health, social and economic challenges stemming from the COVID-19 pandemic. Millions of people were forced into extreme poverty, and it will lead to social instability, insecurity, and violence. This pandemic arrived at a troubling moment in world history with the international order over the past seven decades put under enormous stress. Such stress was further be exacerbated due to heightened multidimensional risks from increased competition and rivalry among major powers,” said Cambodian Minister of Foreign Affairs Prak Sokhonn.

Similar to Rakhmetullin, he spoke about the need for vaccine multilateralism that stands for increased global vaccine production and sharing.

“Global peace and stability is a chance to promote inclusive and constructive dialogue, consultations and trust-building to breach our differences,” he added.

Settling the differences and promoting long-term stability and security in the region is what Chinese State Councilor and Foreign Minister Wang Yi emphasized in his remarks.

“All countries face a task to fight COVID-19, stabilize the economy, and secure the well-being of people. (…) Asia is the world’s highland of development and has broad development prospects to strengthen cooperation in the digital economy, green economy and achieve full recovery in the region,” said the minister, reaffirming his country’s commitment to providing solutions for post-pandemic recovery.