By Zhanna Shayakhmetova in Culture on 20 September 2021

NUR-SULTAN – Kazakh pianist Alim Beisembayev won first prize in the 20th edition of The Leeds International Piano Competition 2021. Beisembayev is the first prize-winner from Kazakhstan in the history of the Leeds competition. 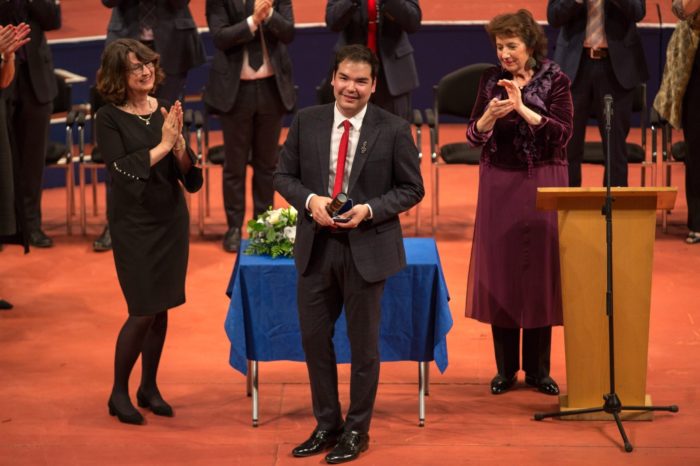 The Leeds International Piano Competition is a triennial event and is one of the world’s premier piano competitions organized since 1963.

Beisembayev, 23, performed Rachmaninov’s Rhapsody on a Theme of Paganini with the Royal Liverpool Philharmonic Orchestra conducted by Andrew Manze in the final. The event was streamed worldwide on Medici.tv from the Leeds Town Hall.

In the final, Beisembayev beat four other finalists from Israel, Japan, Ukraine and the U.K. Kaito Kobayashi from Japan received the second prize and the Marion Thorpe Silver Medal, Ariel Lanyi from Israel received the Third Prize and the Roslyn Lyons Bronze Medal. Dmytro Choni from Ukraine was awarded the fourth prize and Thomas Kelly from the U.K. received the fifth prize.

In addition to the cash prize, Beisembayev received The Waterman Gold Medal and a prize package which includes worldwide management with Askonas Holt, a recording contract with Warner Classics and a European tour.

According to Guardian’s observer Andrew Clements, Beisembayev was “a worthy winner, with a polish and maturity to his playing that marked him among the all-male quintet of finalists.”

Clements noted that Beisembayev’s win of the contemporary music prize for his group of Ligeti Studies in his semi-final recital and his virtual audience award suggests that “his playing consistently stood out.”

Artistic Director of The Leeds competition Adam Gatehouse said that Kazakh pianist stood out for “the extraordinary maturity, brilliance, musicality and versatility of his playing” from the pre-selection round.

Beisembayev was born in Kazakhstan in 1998 and began playing the piano at the age of five. He studied music in Russia and the U.K. He is currently completing his Master’s degree at the Royal College of Music.

At an early age, Beisembayev won several prizes including the first prize at the Junior Cliburn International Competition in the U.S., the Jaques Samuel Intercollegiate Competition, the second prize at the Vigo International Competition. He is an award holder of the Countess of Munster, Hattori Foundation, and the Drake Calleja Fund trusts. He regularly performs in chamber ensembles in London. He is one of the musicians on the Talent Unlimited scheme, the British charity that provides financial support to talented students.