By Staff Report in Central Asia on 16 September 2021

NUR-SULTAN – The celebratory concert to mark the opening of Year of Khiva – the Cultural Capital of the Turkic World 2020 was held on Sept.15 in Khiva, reported the press service of International Organization of Turkic Culture (TURKSOY).

Click on the picture to see the map. Photo credit: Turksoy.org.

Khiva is located in the Xorazm region, Uzbekistan. The city was founded around 2,500 years ago. In the 10th century Khiva was a major trading center on the Silk Road. The city is included in the UNESCO World Heritage List

The delegation of member states took part in the meeting of the Permanent Council of TURKSOY. 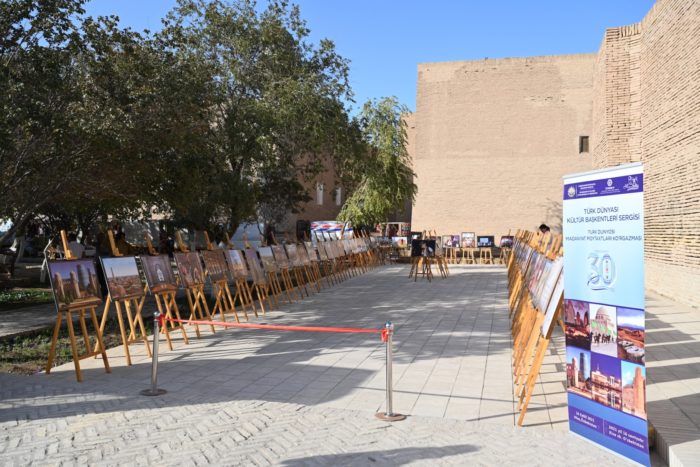 Khiva also hosted Central Asia at the Crossroads of World Civilizations forum. The President of Uzbekistan initiated the organization of the forum at the 75th session of the United Nations and received support from UN Secretary General António Guterres and United Nations Educational, Scientific and Cultural Organization (UNESCO) Director-General Audrey Azoulay.

The representatives of international organizations including UNESCO, Shanghai Cooperation Organization, International Council on Monuments and Sites, International Center for the Study of the Preservation and Restoration of Cultural Property and experts from more than 50 countries attended the event.

A photo exhibition titled “Cultural capitals of the Turkic world” has also been opened to the public. The exhibition features the works of famous photographers that demonstrate the unity and brotherhood of the Turkic peoples.

More than 500 participants gathered from different countries and regions

Deputy Secretary General of TURKSOY Bilal Çakıcı noted that the international status of the Cultural Capital of the Turkic World is one of the most important projects that have become traditional among the events organized by TURKSOY.

“The opening and closing ceremonies of the cultural capitals of the Turkic world bring together representatives not only from Turkic countries, but also from the Balkan countries and the European Union. Turkic people popularize the cultural and spiritual beauties of our countries. All the events serve to preserve and popularize the rich cultural heritage and art of the Turkic peoples. This ensures integration between cultural and art workers, promotes the establishment of contacts, and also strengthens cooperation, friendship and brotherhood between our peoples,” Çakıcı said in his opening remarks.

Established in 1993 the TURKSOY’s member countries include Azerbaijan, Kazakhstan, Kyrgyzstan, Uzbekistan, Turkmenistan and Turkey. The Turkish Republic of Northern Cyprus and Tatarstan, Bashkortostan, Altai, Sakha, Tyva and Khakassia as well as the autonomous territorial unit of Gagauzia (Moldova) joined TURKSOY as member states with an observer status.

The organization has been carrying out activities to strengthen the ties of brotherhood and solidarity among Turkic peoples, transmit a common Turkic culture to future generations and also to spread awareness of it to the world.