NUR-SULTAN – On his official visit to Kazakhstan on Sept. 20-24, Steven Navon Schonberger, Regional Director for the World Bank Group’s Sustainable Development Department with Europe and Central Asia region, acknowledged the country’s efforts in transitioning to a low carbon strategy as he met with the country’s senior officials. The Astana Times spoke with Schonberger about Kazakhstan’s efforts to ensure sustainable development and the World Bank’s support in this area as the country will soon present its 2050 low carbon development concept and participate in the UN COP26 in Glasgow. 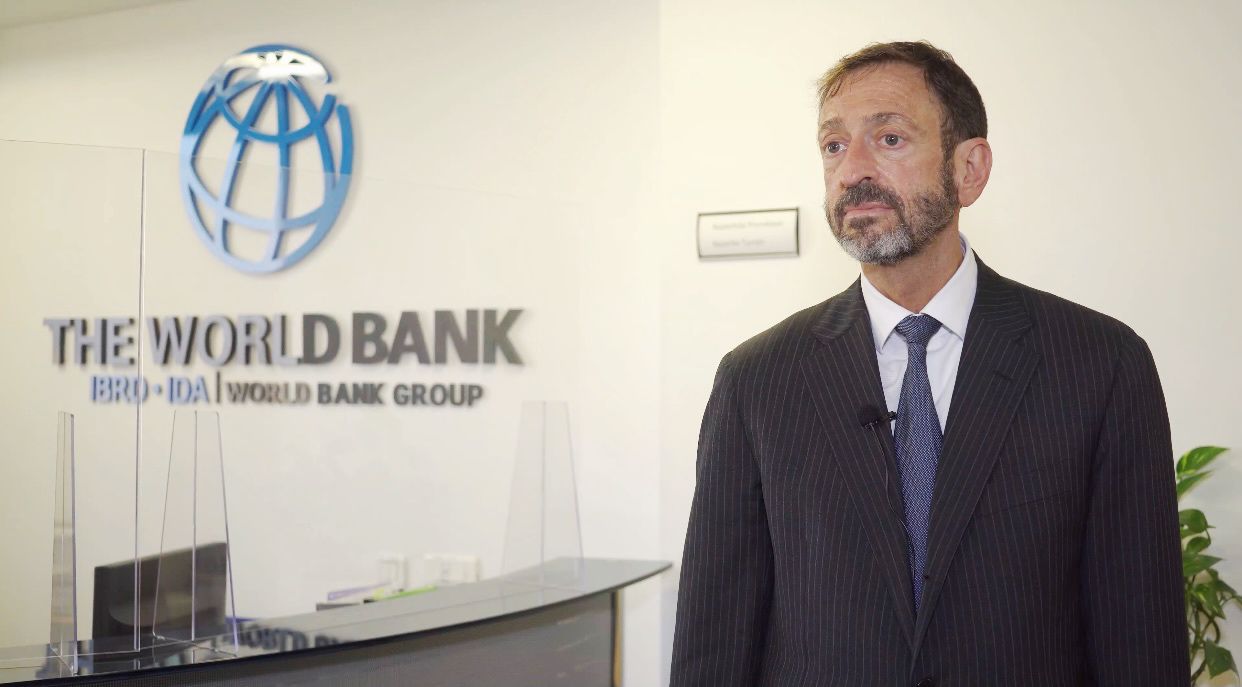 At the World Bank, Schonberger oversees the $6 billion portfolio on financing and knowledge products for sustainable development programs in climate, agriculture, environment, urban, social, land, and water in Europe and Central Asia.

How would you describe the impact of the pandemic on the efforts of countries globally in sustainable development?

Of course, the pandemic really disrupted everything globally. What’s interesting is that from the point of view of citizens, there’s tremendous concern about getting past this pandemic and reducing its impact, and at the same time, people, in general, have sustained their concern about the environment that remains a top issue around the world in all countries. For governments, of course, the big challenge is, first of all, addressing the pandemic. So it has taken a bit of the eye off the ball in the short run, but at the same time, governments have recognized the need to respond to citizens’  concerns about the environment and climate. And so we’re finding that now while we still have a way to go in terms of getting past this horrible pandemic, governments are now really coming to us and saying – we want to focus much more on issues of sustainability.

The transition to a green economy has been a top priority for the government of Kazakhstan, but the country still heavily relies on fossil fuels. How would you evaluate the efforts made so far?

I don’t have any doubt that the country is committed to decarbonization, but it is very tough, particularly in a country like Kazakhstan, which has had so much emphasis on the carbon-based economy. But what’s very interesting is that much of the investment supporting that economy occurred 30 or 40 years ago. So, Kazakhstan is now at a point of needing to renew its investment in power generation, but also in its mining and metals industries. And it’s an opportunity to look at investing in lower-carbon technologies, as part of a normal investment process. So the actual additional investment needs may not be as high as many people are saying, because in any case, Kazakhstan will have to make those investments to sustain its power grid, renew and remain competitive in many of these industries.

And in addition, Kazakhstan faces the pressure, the competitive pressure of other countries, and many other markets, including the EU, insisting on low carbon products. So really it is imperative to move in this direction. It’s been a short visit, but my sense is that the industry understands that in Kazakhstan, it can actually become one of the drivers towards a low carbon economy. Not many people think that industry may try and resist, but I think industry sees the competitive need to go low carbon,

What about the challenges that the country may face as it transitions to a low carbonization strategy?

One of the clearest ones is that while it may not affect a large group of people, there will be people who may be negatively affected in terms of their jobs. For instance, those who are working in coal-dependent communities may face some impact in the transition, as well as to the extent that there are any changes in pricing for energy. There are poor people who may face some challenges with that as well and that’s exactly why around the world, the World Bank is working with countries to anticipate what are those social transition issues and how can we come up with programs and policies that are specifically targeted at those who could face challenges to ensure we overcome those challenges so that they can participate in that transition in a positive way.

What are the World Bank’s efforts to support countries like Kazakhstan in achieving this goal?

We will be preparing a report with Kazakhstan called the Country Climate and Development Report, where we will work with the government of Kazakhstan and other stakeholders – international partners, the private sector, research institutes, and NGOs – to understand the challenges, but also to bring additional analysis and international experience to the internal discussion about the way forward. In the first instance, it is what we want to do in terms of helping to bring better information to the decision-making process at all levels. Secondly, we are increasing our financing available to Kazakhstan in order to finance activities that contribute to the low carbon development and adaptation and supporting the social adjustment of affected communities and populations. For instance, recently, last year, a livestock improvement project was approved, which will help Kazakhstan to develop the livestock sector, but in a way that is consistent with its climate goals through improved herding and pasture management. For instance, we’re also working to see how we can support Kazakhstan in both addressing the environmental challenges, but also the local livelihood challenges with the communities, and we’re working in the area of range-land and forestry management so that Kazakhstan can take advantage of the extensive grasslands and forest areas to improve carbon sequestration in the country.

The agriculture sector remains a very important driver in the Kazakh economy. What measures can Kazakhstan take to ensure sustainable development of the agricultural sector as well as resolve water issues?

These are huge issues for Kazakhstan, because the potential to continue to grow the agricultural sector is tremendous in Kazakhstan, and food security issues are really one of the key concerns in the world, in part because of climate change impacts on other countries. You know, Kazakhstan has an opportunity to really bring in new technologies in terms of better resource management. The key thing to look at is how soils are managed because so much of carbon is actually captured in the soil and different farming practices have different impacts in terms of either contributing to the release of carbon into the atmosphere, through soils or actually using the soils to better capture carbon. And in both cases, you can have very highly productive and profitable agriculture. So it’s really a question of adapting those techniques and it is similar in the area of water.

There is tremendous scope to increase the efficiency of water use in Kazakhstan’s agriculture through better monitoring and evaluation of the water, the overall water resource use, and again, technology is a huge ally in this – remote sensing and other mechanisms, as well as on the farm in terms of introducing more efficient water delivery systems. I see it already starting to happen. Many farmers are adopting this, but there can be stronger efforts in order to encourage more farmers to do this and these are areas that often have government support. What we’re doing around the world is working with governments to help them in what we say is realigning support to ensure that this support encourages and supports farmers in moving towards environmentally sustainable practices so that the benefits accrue to the farmers, but also accrue to society as a whole.