By Assel Satubaldina in Kazakhstan Region Profiles: A Deep Dive Into the Heart of Central Asia, Nation on 9 September 2021 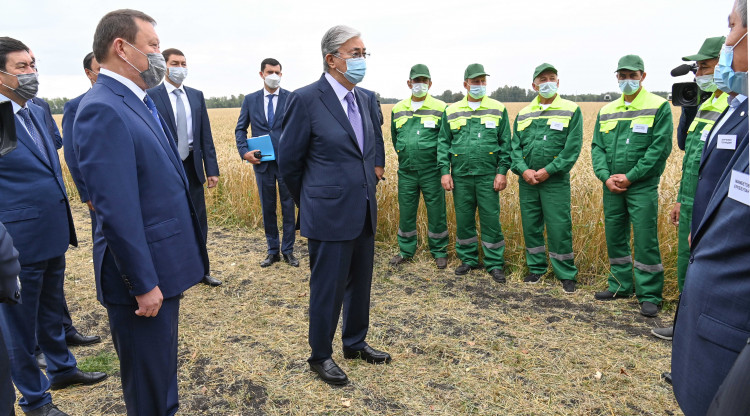 Tokayev’s working trip to the region began with a visit to the village of Baiterek in the Kyzylzhar district, where he met with local producers and inspected the agricultural equipment deployed in the harvesting work.

“We need to improve and get our subsidy policy in order. I talked about this in the address (to the nation) and everything should be clear here. Some people say that in the future subsidies will be a thing of the past, they will be replaced by low-interest loans. But for now we must help agricultural producers,” he said.

He expressed his concerns about declining agricultural exports.

“We supply flour to the markets of Uzbekistan, Turkmenistan, and Afghanistan. I believe that the government as a whole and the Ministry of Trade (and Integration) should be more engaged in tariff regulation. The government has raised the possibility of introducing grain export duties in the future. But now, given the current situation, I think it is premature to do so. Therefore we should provide subsidies to help commodity producers, especially flour producers. We need to supply finished, processed products with a high level of added value,” said Tokayev, noting the importance of increasing producers’ access to quality equipment. 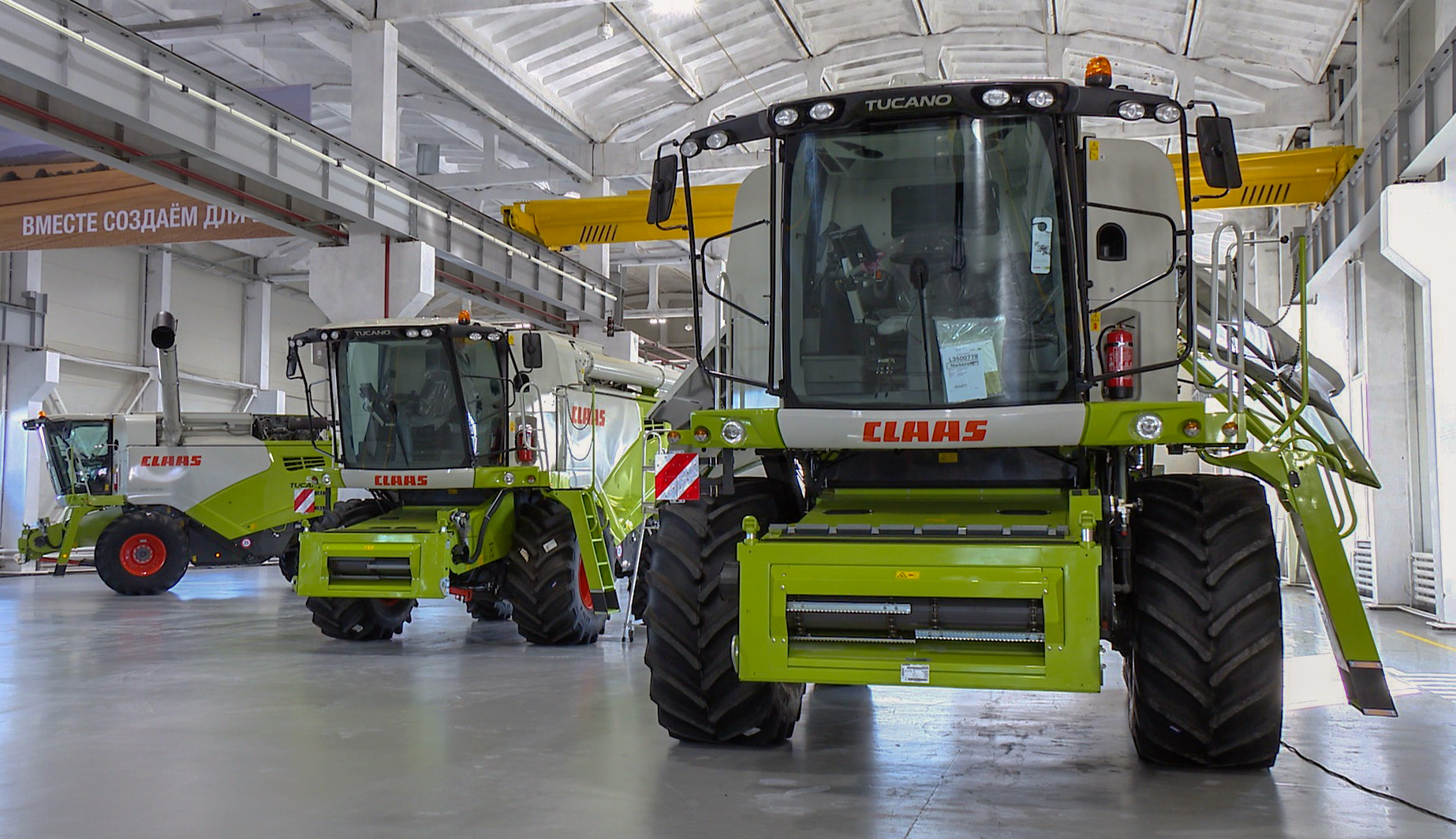 CLAAS was founded in 1913 as a family business and is now one of the world’s leading manufacturers of agricultural machinery. Photo credit: Akorda press service

The next stop was the CLAAS agricultural equipment assembly plant. The plant is part of Germany’s CLAAS group, one of the world’s largest manufacturers of agricultural machinery.

“The entry of CLAAS into Kazakhstan’s market is a momentous occasion, beyond the borders of Kazakhstan. This is a major investment event,” said Tokayev.

Nils Roitsch, CLAAS Regional Director for the CIS (Commonwealth of Independent States), briefed Tokayev on the company’s plans and projects.

Tokayev also met with other foreign investors in the region, including Turkey’s YDA Company Holding Chair Arslan Hussein, who spoke about the construction of a hospital in Petropavlovsk, and Brent White, Vice President for Global Affairs at the University of Arizona who spoke about cooperation with Kozybayev University.

At the Alageum electrotechnical plant in Petropavlovsk, Tokayev toured the transformer production line and was briefed on the company’s social support program for employees and plans for the expansion of production. 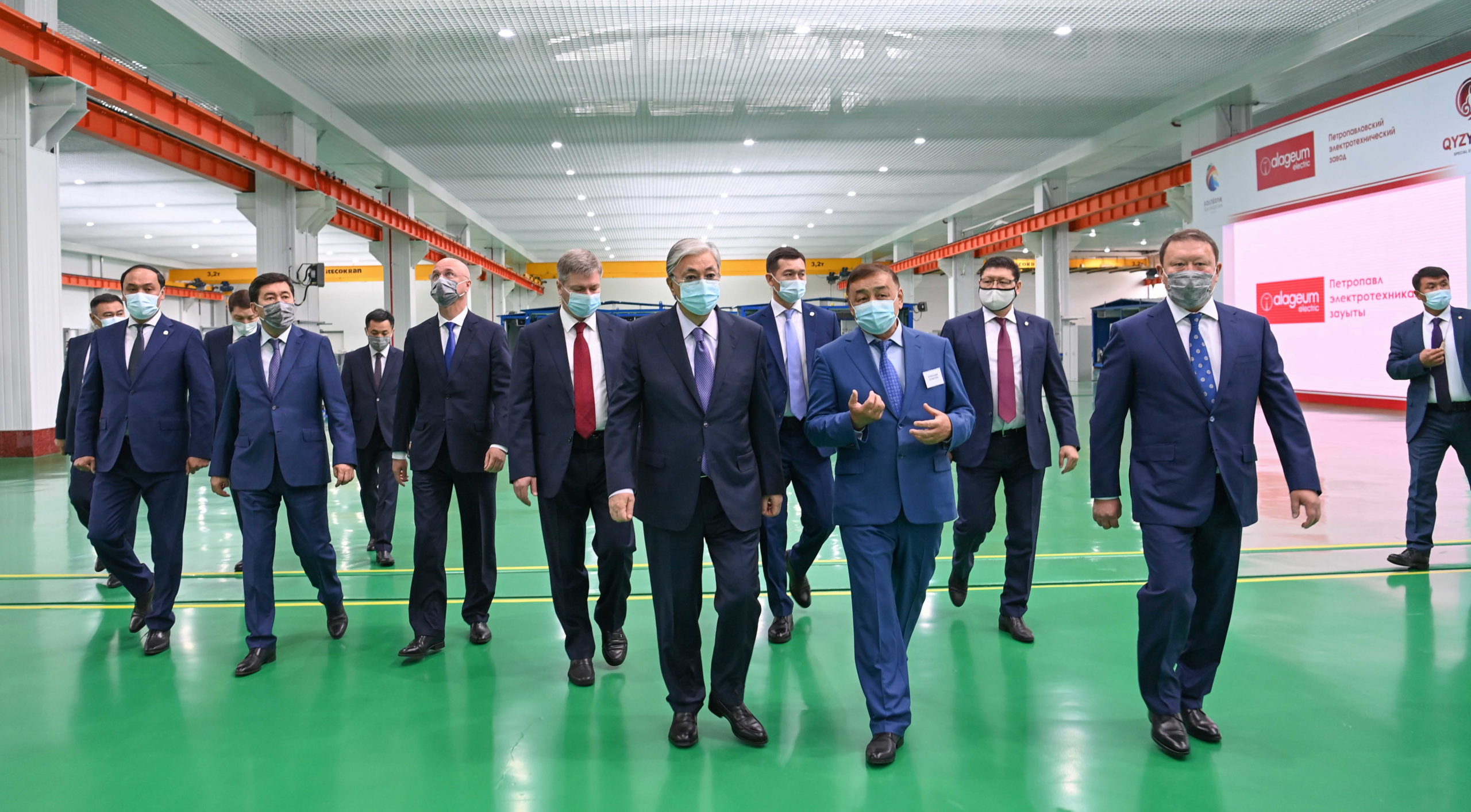 The total amount of the investment project is estimated at 10 billion tenge (US$23.4 million). The production capacity is expected to reach 13,000 transformers per year with 98 percent of the products to be exported to CIS countries.