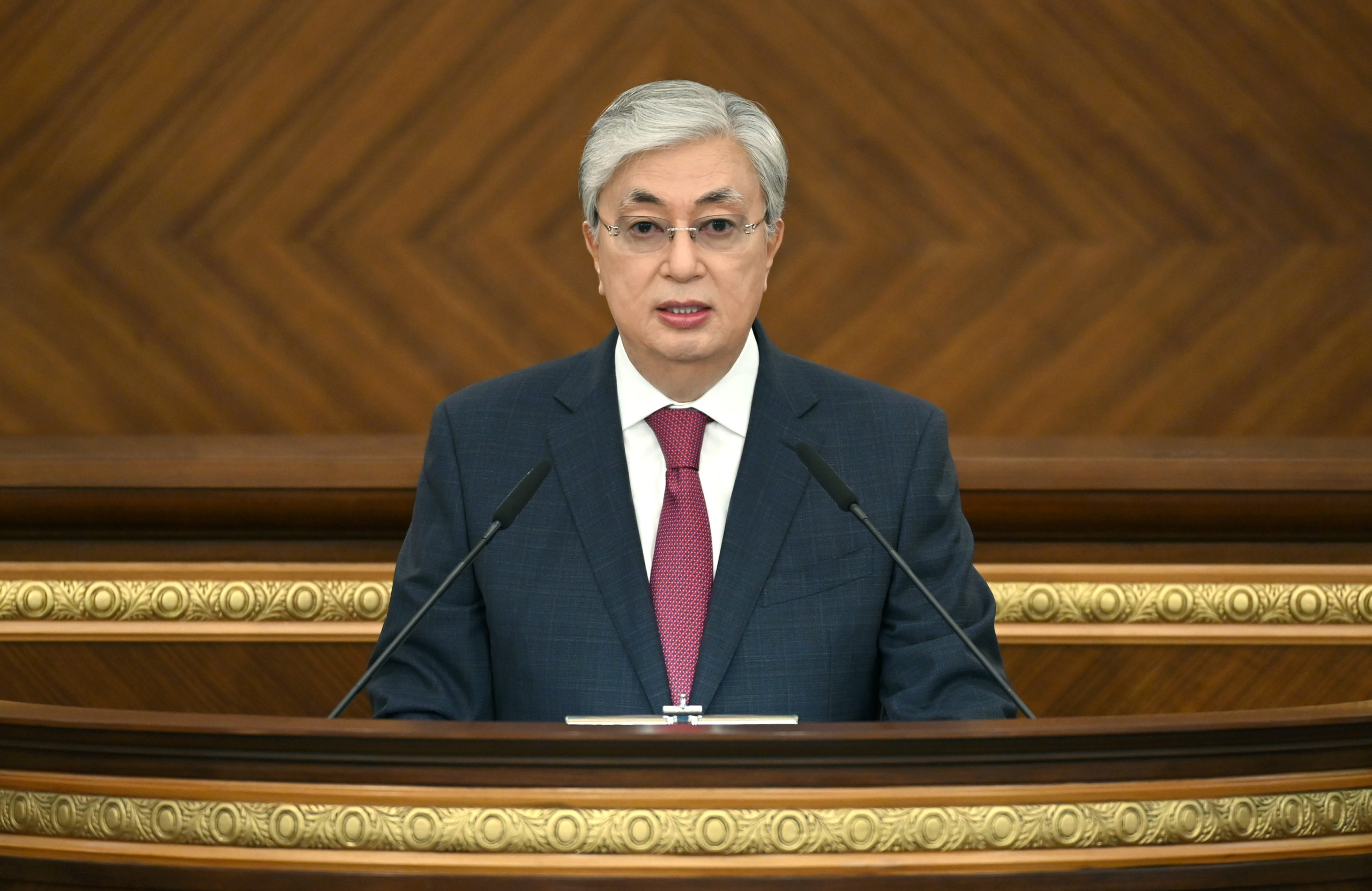 It is Tokayev’s third address to the nation since he has become president. Photo credit: Akorda press service

All initiatives voiced in the address are aimed at supporting the country in the post-pandemic period, improving the efficiency of health care systems, ensuring quality education, improving regional policy, and creating an effective ecosystem in the labor market.

“It seems to me that everyone who doubts the head of the state, who fails to do their job, who wants to sit and do nothing, should resign from their posts. We are now entering a decisive stage in our development. The state apparatus must work as a single mechanism. Only then will we be able to achieve our objectives,” said the President.

In his address to the nation, Tokayev announced five social initiatives.

The minimum wage has not changed since 2018.

“I believe it is time to review the level of the minimum wage. On the one hand, it is the most important macro-indicator, and on the other hand, it is an indicator that everyone can understand,” said Tokayev.

He said that experts project it will increase the gross domestic product by 1.5 percent. He also cautioned the government to rely less on the minimum wage levels when making calculations in tax and social spheres.

Tokayev also spoke about the need to increase the wage fund. Over the past 10 years, it has been 60 percent lower than the profits of business owners. The government will develop measures to motivate businesses to increase the salaries of their employees.

Decreasing the burden on the payroll is another initiative.

“Micro and small businesses are particularly affected by this. I propose to introduce a single payment from the payroll with a reduction of the total burden from 34 percent to 25 percent. This will stimulate businesses to bring thousands of employees out of the shadows and make them participants in the pension, social security, and health insurance systems,” said Tokayev.

Kazakhstan will also continue increasing salaries for people working in spheres financed from the budget (employees of cultural institutions, archives, libraries). From 2022 to 2025, the state will increase the salaries of nearly 600,000 people working in these fields by 20 percent annually on average.

In 2020, Kazakhstan increased the salaries of doctors, social workers, and teachers.

Kazakhstan will also allow the transfer of part of people’s pension savings above the sufficiency threshold to the Otbasy bank for the subsequent purchase of housing. This comes as a continuation of the country’s 2020 initiative that allowed citizens to withdraw part of their future pension savings to purchase housing now.

Kazakhstan may face an energy shortage by 2050, according to Tokayev, and the country needs to start thinking of alternative reliable energy sources. Peaceful nuclear energy might be one of them.

“Within a year, the government and the Samruk Kazyna National Wealth Fund should study the possibility of developing a safe and environmentally-friendly nuclear power industry in Kazakhstan. It should also include the development of engineering and creating a new generation of qualified nuclear engineers in our country. Hydrogen energy as a whole is also a promising sector,” said Tokayev.

Kazakhstan has been making significant progress as it tries to transition to a green energy and economy. It has committed to achieving carbon neutrality by 2060 and bringing the share of renewable energy in the total energy balance to 15 percent by 2050, among other national targets.

The escalating situation in Afghanistan and the country’s takeover by the Taliban group have been in global headlines over the past month. Though Kazakhstan and Afghanistan do not have a border, the situation still affects the region.

“We must prepare for external shocks and worst-case scenarios. Modeling external risks has become highly relevant. Stress tests should be conducted, and scenarios should be worked out that will determine further actions of the state apparatus,” he said.

Independence – the highest value of the nation

As Kazakhstan celebrates the 30th anniversary of its independence this year, Tokayev described independence as the highest value of the nation.

“In unity and harmony, we were able to build a new state – this is our greatest achievement. We have strengthened the spirit of the nation, laying a solid foundation for development. (…) Together, we are building a strong state. Sovereignty is not an empty slogan or a loud word. The most important thing is that every citizen should feel the fruits of independence – a peaceful life, social harmony, increased prosperity of the people, and the confidence of young people in their future. All our initiatives are aimed at this,” said Tokayev.