NUR-SULTAN – President Kassym-Jomart Tokayev chaired the meeting of the Supreme Council for Reforms that focused on national projects, the formation of an effective commodity distribution system, systemic measures to promote exports, and the draft Territorial Development Plan, reports the Akorda press service. 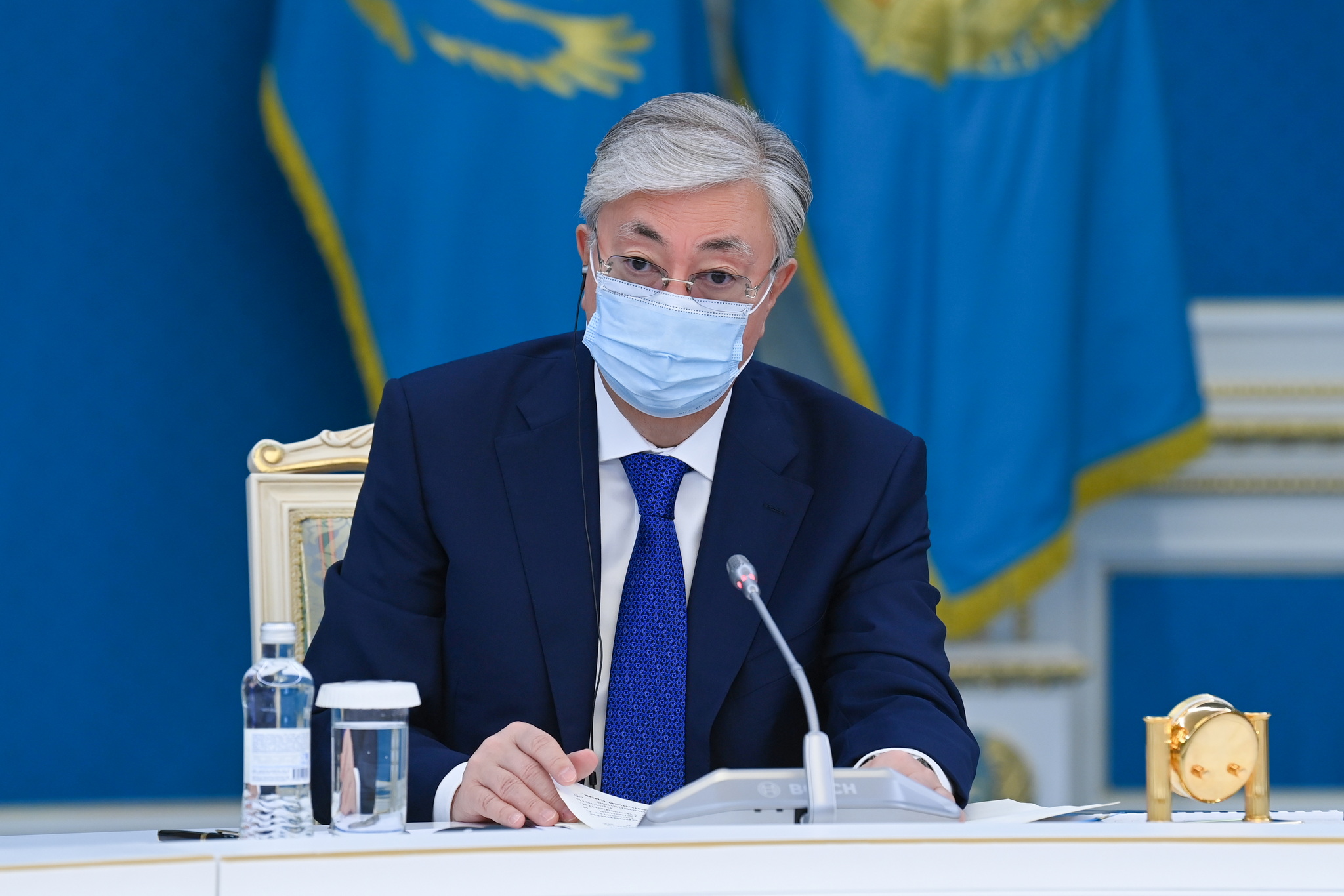 The council was created in September 2020 and is meant to serve as a supreme body for finalizing and adopting the nation’s reform plans. The goal is to “ensure the strategic planning of the country’s sustainable development and the deepening of economic, social and political reforms.”

At the last meeting of the council, which was established last year as an institution in charge of making final decisions on the country’s reforms, ten national projects were presented to Tokayev. They include the “Healthy Nation” program aimed at quality and affordable health care for every citizen, Bilimdi Ult (educated nation) aimed at providing quality education, sustainable economic growth aimed at improving the welfare of the people through breakthrough technologies in the field of digitalization, innovation, and science. Then there is Rukhani Zhangyru (modernization of public consciousness), aimed at promoting the continued safety of the country and strengthening the regions – the driver of the country’s development through the development of the agro-industrial complex, development of entrepreneurship, management of water resources and coordination with the Zhasyl Kazakhstan (green Kazakhstan) program.

Back then, Tokayev told the officials to revise the financial details of the projects, and review the feasibility of the final indicators.

The council members during the meeting. Photo credit: Akorda

“We see that work has been done in this area. There is the question of financing. According to the presentation, part of the cost of implementing certain measures – 3.3 trillion tenge (US$7.7 billion) – is the responsibility of local budgets. This is not a small amount. Are local budgets capable of meeting this sum?” Tokayev asked the meeting.

He said the allocation of funds must be controlled and a mechanism for inter-budgetary relations in terms of the implementation of national projects needs to be developed.

“I am saying that the effective attraction of private investment is just as important as the rational use of budget funds,” he said.

After approving the proposed national projects, Tokayev said the government has two weeks to adopt the documents.

“The agency (referring to the Agency for Strategic Planning and Reforms) and the government should also communicate these projects with the expert community and the public. It is necessary to respond clearly and promptly to questions and criticism, not to remain silent, to conduct a constructive dialogue. After approval of the national projects, immediately begin implementation. It is important to use the capabilities of the government’s project office,” said Tokayev.

Kazakh Minister of Trade and Integration Bakhyt Sultanov spoke about the development of an effective commodity distribution system.

Tokayev said that the current year has exposed systemic problems in the production, storage, and sale of products. Inflation, particularly food inflation, has long soared past established guidelines.

“It is obvious that operational measures and price controls cannot replace the fundamental principles of a market economy. Systemic measures are needed. Therefore, the formation of a national commodity distribution system is an important component of this work,” said Tokayev.

Wholesale distribution centers and measures on standardization and regularity of deliveries should become one of the key elements going forward.

“This is especially important for people who live in rural areas and run private subsidiary plots. They are currently poorly involved in the economic turnover, forced to sell their products, as they say, from the field,” he added.

Exports are also the area of responsibility of the Ministry of Trade and Integration. Tokayev said promoting non-oil exports remains a priority for the government. But removing export barriers, expanding the geography and variety of exports, and protecting national economic interests require the joint efforts of the entire government.

“For a long time, there has been a systemic problem with limiting the import of Kazakh cargo into China. Transit cargoes pass through, while our cargoes remain waiting at the border. Thousands of wagons filled with Kazakh goods are stuck at the crossings. Businesses are asking for help. In such cases, it is the government that must immediately respond, and resolve all issues with trading partners,” said Tokayev.

Tokayev said that the plan should also include the main parameters of the development of each region noting the “paramount importance” given the country’s geographic, demographic and economic specifics.

“It is the work on the ground – properly organized, and systematic – that lies at the heart of society’s positive attitude and trust in the government and the measures and reforms it undertakes. Therefore, the plan must become more than just a document written by government agencies for government agencies. It should be understandable and correctly perceived by each citizen of our country,” said the President.