NUR-SULTAN – This year, the academic year will start in offline format in 7,500 schools with 3.5 million pupils after nearly a year of online classes in Kazakhstan. This was announced by Minister of Education and Science Askhat Aimagambetov at the Sept.1 school entrance ceremony at one of the regional schools near Nur-Sultan. 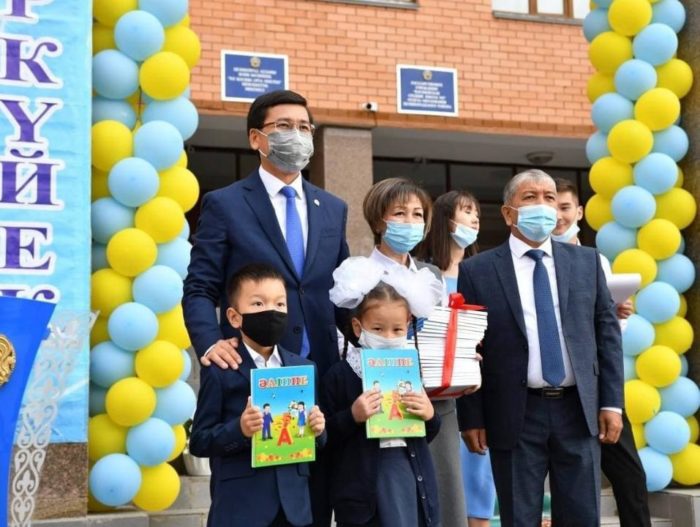 Minister of Education and Science Askhat Aimagambetov congratulated teachers, students and parents on the start of the new school year at school entrance ceremony in Kosshy town. Photo credit: Gov.kz.

Colleges and universities will also start their offline education programs.

The school entrance ceremonies were organized only for first-grade pupils due to virus restriction measures.

Education is available in traditional, online and mixed ways in some regions of Kazakhstan. The QR code is required to enter schools, colleges and universities. This minimizes the number of infected individuals among teachers, personnel and parents. Children are not required to scan QRs. Teachers and personnel must be vaccinated.

The Ministry of Education and Science announced plans to reopen schools in July. The officials also provided recommendations on following the strict sanitary measures. 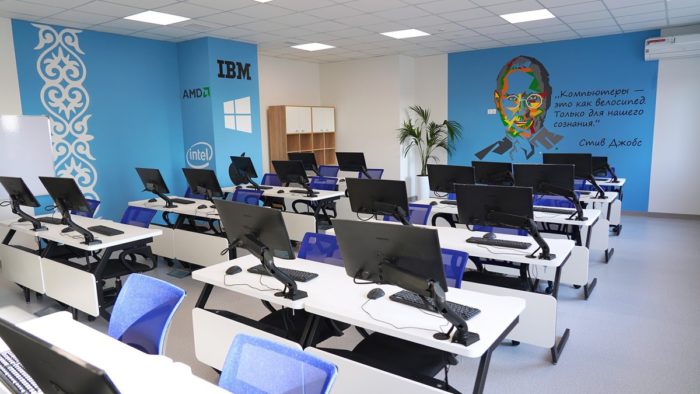 On Aug.1, Prime Minister Askar Mamin participated in the opening of the BINOM innovative schools and Quantum STEM school in the Kazakh capital. The Binom School is based on local education models and the international systems of Finland, Great Britain and South Korea. The project implementation is done under a combined state-private partnership run jointly by BI Group holding and the Nur-Sultan Akimat (city administration).

“It is necessary to increase the number of innovative schools constructed under state-private partnership and to develop a network of private schools. Advanced schools’ construction implemented in cooperation with business will become a model of forming new secondary education standards,” said Mamin.

To mark the new school year, the photo exhibition “We Are Grateful. Teachers” dedicated to Kazakh teachers has been opened in the capital. The Atyrau bridge located in the Central Park has been decorated with hundreds of teachers’ pictures. Some 29 teachers were chosen through social media and 71 mentors were nominated. Hero teachers are experienced professionals and moral compasses who inspire and motivate children to achieve ambitious goals.