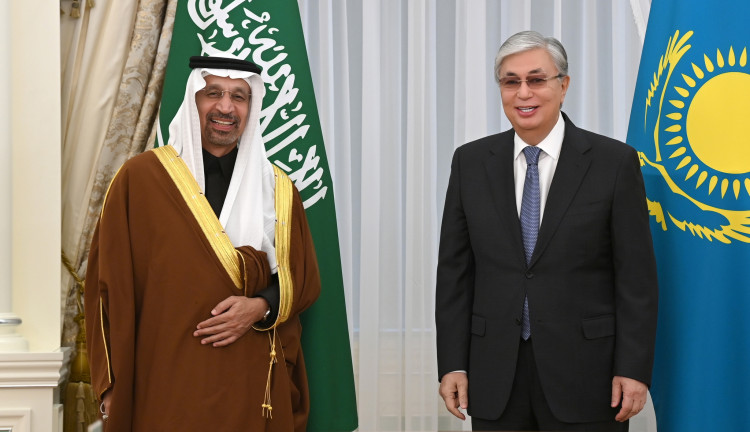 Al-Falih and Tokayev pose for a photo during their meeting in Akorda. Photo credit: Akorda press service

The sides discussed ways to strengthen bilateral ties and boost cooperation in different sectors. The Saudi delegation led by Al-Falih also met government officials and representatives of major Kazakh companies in their effort to expand economic ties between the two countries.

“We are sure that there are many opportunities between our countries to promote cooperation and give it more practical content. That’s why the Crown Prince and I discussed on the phone several future joint projects. The basis of our cooperation will become more solid. In this regard, we welcome your visit and believe that with your support and the involvement of my administration, we can achieve real progress in our bilateral relations,” he said.

Al-Falih conveyed words of welcome from King Salman bin Abdulaziz Al Saud of Saudi Arabia and the Crown Prince saying they “confirm the continued support for the further prosperity and welfare of Kazakhstan, praise the ongoing reforms and the leadership of the country in Central Asia, as well as the path that was started 30 years ago.” 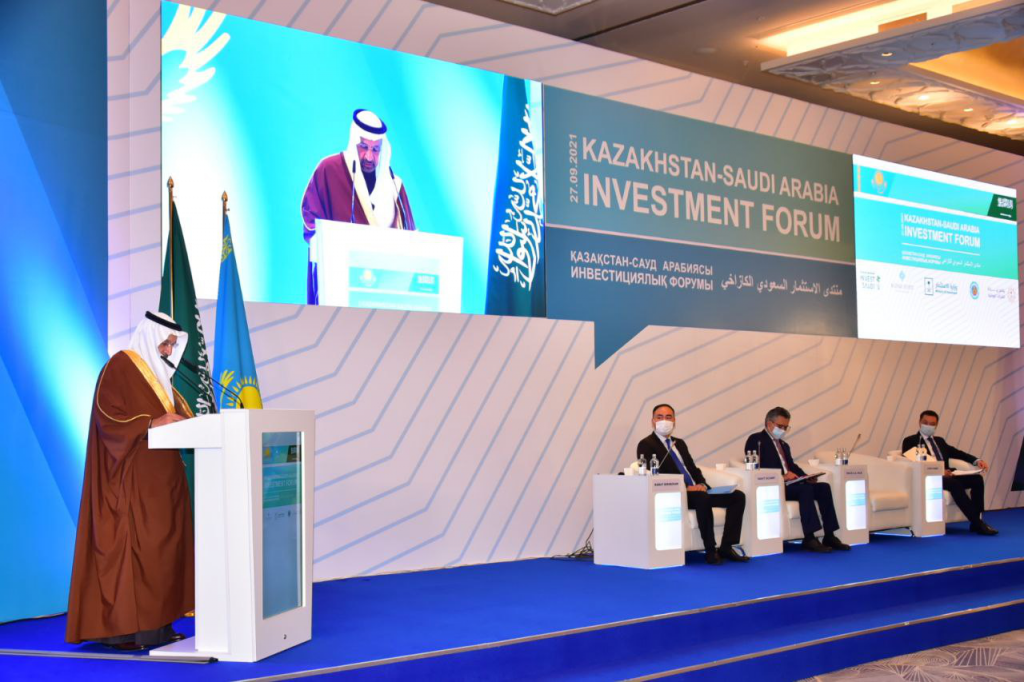 In the first seven months of 2021, bilateral trade grew 36.5 percent. During the fifth meeting of the Saudi-Kazakhstan Joint Committee, Al-Falih stressed the importance of promoting investments in the two countries. Saudi Arabia has invested approximately US$100 million, but officials on both sides believe that there remains potential that has yet to be tapped.

The launch of direct flights between the two countries scheduled for October might be a way to bolster business relations.

“The opening of direct flights between our countries will also contribute to strengthening business relations. Kazakhstan’s SCAT airline will resume direct flights between Almaty and Jeddah this October,” said Kazakh Minister of Trade and Integration Bakhyt Sultanov during the Kazakh-Saudi investment business forum that gathered more than 170 representatives of Kazakh and Saudi businesses. 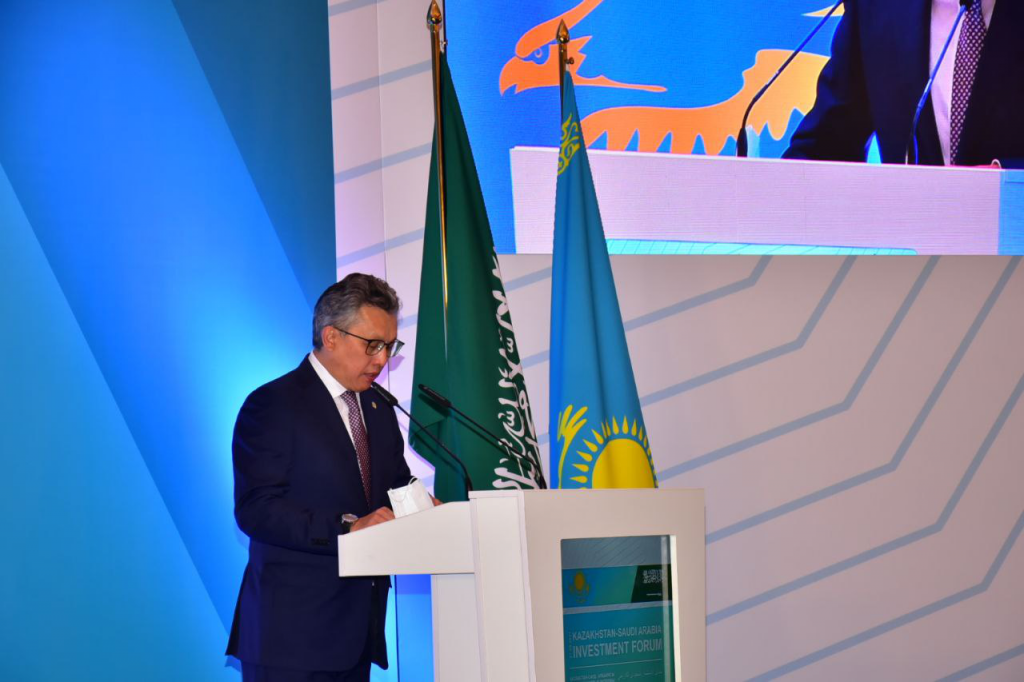 Kazakhstan also plans to resume visa-free travel for Saudi citizens in the near future, said the minister.

“Our countries have a huge potential for strengthening our cooperation,” said Sultanov.